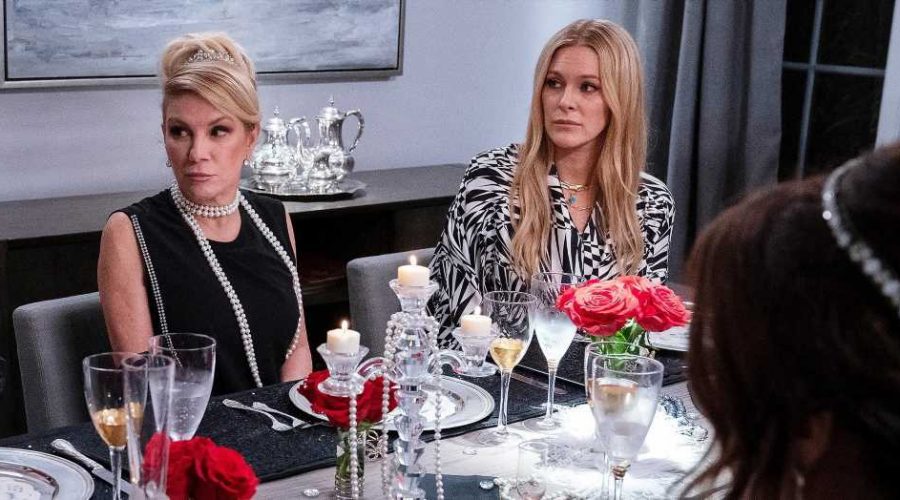 Ramona Singer insists she and Leah McSweeney are different when it comes to sex, but the Married to the Mob designer isn’t so sure.

“Maybe it’s weird, maybe it’s old school or maybe it’s the way I was brought up, but I was never taught to talk about sex, like, ‘This dick is big, this dick is small. I like dick. I like to f—k. … She has a WP or let’s do a WAP or whatever it’s called,’” the 64-year-old Bravo OG said in Us Weekly’s exclusive sneak peek of the Tuesday, June 1, episode. “I don’t feel comfortable.”

After Leah, 38, noted that she “sounded pretty comfortable just there,” Ramona asked her costar if she could “edit” herself “a little” around her.

“Just a little ‘cause look, the fact that I just said all these things to you, and I used all this verbiage is huge! Is f—king huge! So can you help me a little?” Ramona said.

Leah laughed during the chat before opening up about Ramona in her confessional.

“If Ramona was just honest about how into sex she was and how she’s just constantly on the prowl for dick, she’d be sex-positive too,” Leah told the Bravo cameras. “Because I know, for a fact, this woman is getting laid more than all of the women combined.”

The RHONY cast’s trip to the Hamptons continues on Tuesday’s episode, with Luann de Lesseps hosting “an eclectic lunch party for the ladies at her Sag Harbor home with a nude male model as the main event,” per the episode description.

In addition to Leah’s “frustrations with Ramona” boiling over, Luann and Eboni K. Williams “get into a heated debate that leaves everyone reeling.”

A ‘Real Housewives’ Dictionary in GIFs

Heather Thomson will make her second appearance of the season on Tuesday’s episode after arriving at Ramona’s home and arguing with Luann over past comments made on the former full-time Housewife’s “In My Heart” podcast.

“She came back this season and listen: With strong, confident women, there’s always some conflict, which is kind of par for the course with our show,” the “Feeling Jovani” songstress told Page Six about the conflict.