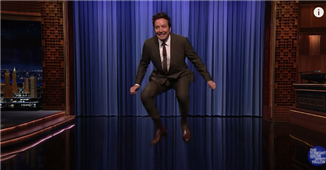 “That’s nice, you finally reach your Olympic dreams and have to sleep on an Amazon box,” Jimmy Fallon joked on Monday. 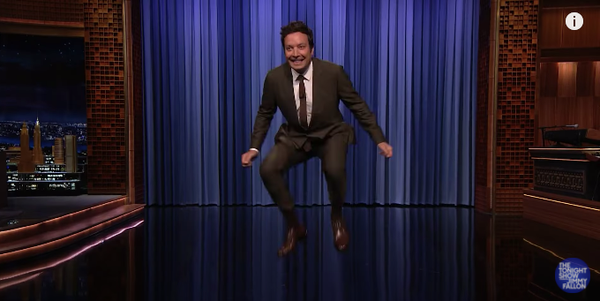 There was rampant speculation on Monday that the beds provided to athletes at the Tokyo Olympics were designed to discourage intimate contact that could transmit the coronavirus. Though the social media theory was quickly debunked, the beds are indeed made of cardboard so they can be recycled after the Games.

“That’s nice, you finally reach your Olympic dreams and have to sleep on an Amazon box,” Jimmy Fallon joked on Monday.

“Oh yeah, if there’s anything Olympic athletes hate it’s a challenge. Some of those people can do back flips on a three-inch beam. If you really want to stop them from having sex, do what I did in college and put ‘Star Wars’ sheets on them.” — SETH MEYERS

“And athletes, remember: If you’re recycling, you’ve got to break down your Olympic sex bed. Make sure to separate your sex bed from your sex bottles and your sex cans.” — STEPHEN COLBERT

“This weekend President Biden went after big social media platforms like Facebook for not doing enough to stop the spread of Covid misinformation. Yeah, our country has gone from ‘The only thing we have to fear is fear itself’ to ‘Please don’t take medical advice from a meme.’” — JIMMY FALLON

“Seriously, you know there’s a problem with Facebook when you can find more honest information on Tinder.” — JIMMY FALLON

“Makes you miss the good old days when Facebook’s primary function was helping you find unflattering pictures of your ex’s new boyfriend: ‘Cargo shorts? There’s no way Diane’s happy with him — then why is she smiling?’” — STEPHEN COLBERT

“Yeah, Biden doesn’t want Facebook to prevent young people from getting vaccinated. Everyone under 30 heard and was like, ‘That is so cute, but literally none of us use Facebook.’” — JIMMY FALLON

What We’re Excited About on Tuesday Night

Jason Sudeikis will be on Tuesday’s “Late Show” to talk about the new season of his Emmy-nominated show, “Ted Lasso.”

“Fear Street” allows a lesbian romance to blossom among the blood and gore of the new horror trilogy on Netflix.