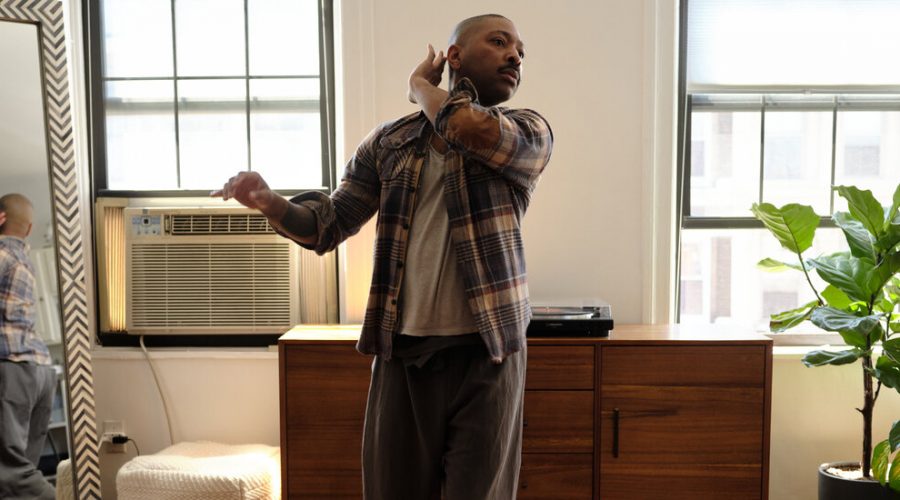 Few ballets in recent years have caused as much of a sensation as Kyle Abraham’s “The Runaway” at New York City Ballet in 2018. In it, Abraham fused elements of classical ballet with street and contemporary dance to thrilling effect — and rapturous reviews — amplified by his equally eclectic musical choices (Kanye West and Nico Muhly, Jay-Z and James Blake) and fantastical costumes by Giles Deacon.

That’s a hard act to follow. And so for his new piece for City Ballet, “When We Fell,” which will debut on the company’s website and YouTube channel on Thursday, Abraham deliberately took another path, moving away from the charged atmosphere of “The Runaway.”

In a video interview, Abraham said that the tone and mood of the new piece were partly inspired by his childhood obsession with the Prince film “Under the Cherry Moon.” (“I used to ask my mother to rent it every time we went to the video store.”)

“If ‘The Runaway’ was my ‘Purple Rain,’” Abraham said, “this new work would be closer to ‘Cherry Moon’” — a black and white movie whose key song, for Abraham, is “Sometimes It Snows in April.”

“This dance was very much developed in snow and winter for a premiere in April,” he said. “So there is a kind of homage to all these things.”

Also in black and white, “When We Fell,” to piano pieces by Morton Feldman, Jason Moran and Nico Muhly, is a spare, abstract and cinematic homage to City Ballet’s choreographic heritage, its dancers and its home at Lincoln Center, the David H. Koch Theater, where it was shot. Directed by Abraham and Ryan Marie Helfant, the film reflects the experiences and visual influences of a three-week “bubble” residency at Kaatsbaan Cultural Park in Tivoli, N.Y., where Abraham worked on the piece with eight dancers. 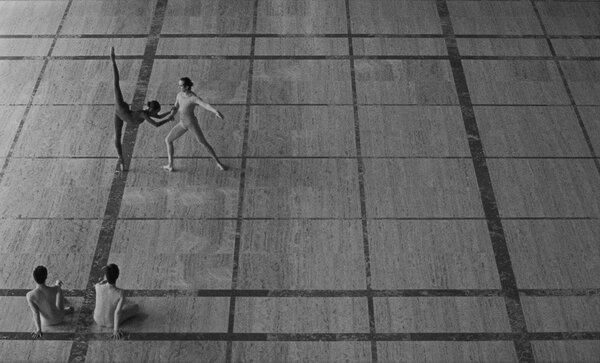 When he made “The Runaway,” Abraham, who comes from the contemporary dance milieu, was the first Black choreographer commissioned by City Ballet in over a decade. These days, he’s much in demand in the ballet world — next week he goes to London to start working with the Royal Ballet on a new piece — but like so many people, he had a difficult pandemic year.

“There were a lot of hardships to deal with, and so many unknowns for all of us,” he said. “I tried to look at it as a blessing, to use online rehearsal time to talk” — something that would be too expensive in normal circumstances — “but it was challenging.”

In an interview last week, he talked about finding a path back to making dance, how the bubble residency affected his creative process, and about his musical and aesthetic choices. Here are edited excerpts from the conversation.

You had several commissions and a teaching job at the University of California, Los Angeles, when the pandemic started. What happened after everything shut down?

It was a tough time. I was about to go back to New York to work on a new piece with my company, A.I.M., and I had just given up my apartment in Los Angeles. I ended up moving seven times over those first few months. Two of my dancers had left, I was trying to hire new ones, and I didn’t want to work on Zoom or FaceTime.

I am actually quite introverted, and much of my work addresses isolation, so having that real distance was emotionally difficult. I also had some health issues, and couldn’t do much physically. It wasn’t until Lincoln Center asked me to create a solo for Taylor Stanley that I found some confidence about creating virtually — sending material to Taylor, having him send it back to me and so on.

How did the Kaatsbaan residency influence the creation of “When We Fell”?

In every way. When we started, the dancers and I worked on two different kinds of material. But we were in deep winter and snowfall, and something about the quiet, the peace, the elements, pushed me toward what became “When We Fell.”

A lot of my decisions also had to do with working with Ryan Helfant. I told him about the snow and sent him a winter song playlist. He sent me gorgeous pictures he had taken inside the Koch Theater, which inspired me.

Did the dancers need time to adjust to being in a studio together?

Yes, I think people did need time to let the walls come down. Even approaching touch with a friend is a new negotiation. Some hadn’t danced much in the preceding months, and seeing how their bodies dealt with the work also influenced what direction I took with the piece.

One of the great things about a residency is that they are not trying to manage a whole lot of different things, as they would be if we were making a work in a “normal” way in New York. I don’t know if the amount of subtlety we worked with could have existed in a more rushed environment. It was a real luxury to work like that.

Besides Prince, what were the other inspirations for the film’s aesthetic?

I was also thinking about works like Balanchine’s “Agon.” I am not a ballet dancer, but a lot of my early training was from people who taught and studied Balanchine technique. It’s the port de bras, the lower body work, I grew up admiring.

Merce Cunningham’s choreography was also an influence — I love the way he tilts bodies off-center. I wanted to evoke that kind of functional abstraction.

The ballet is divided into three sections. How did you think about the music?

I was interested in how different the piano can sound, and in using that in a single ballet. I knew immediately I would use the Feldman, which I was very drawn to, and the Jason Moran. For the third section, I reached out to Nico Muhly and asked him for something that hadn’t been used in another dance. He suggested this piece, “Falling Berceuse,” which I found beautiful in a very particular way. There is a bit of hope and a bit of despair in it.

To me, they all suggest sitting in your window and looking at snow falling — the first is that initial slow fall that has a kind of melancholy, the second a faster flurry, the third very internal. I think for the stage version of this work, I will add another section.

In the short documentary that accompanies “When We Fell,” Taylor Stanley talks about the way you incorporate gestures that have meaning and relevance for the Black community. Is that a conscious decision?

It’s not so conscious; it’s just a part of who I am. I come from rave and club culture where so much has to do with using your torso, and like lots of people, I grew up dancing in front of the mirror in my bedroom. I practice a lot of yoga, putting one hand on the heart, one on the belly, or there are gestures of stroking my chest or head.

I want to draw the eye in to the hybridity between what my body does naturally and what these dancers and their technique do naturally.

How has working with these dancers — and ballet dancers more generally — influenced your choreography?

I definitely feel more capable and have more access to possibilities than I had before. Even in the contemporary work I’m making, I’m allowing myself to be more expressive and to really work on lower body stuff, which has been much less emphasized in my work. If I’m honest, I think that has to do with negative comments from my ballet teachers that I absorbed.

City Ballet has really influenced the way I make work. These dancers, who are so encouraging, makes it OK to try these things. In that rehearsal room I feel safe. I can be vulnerable, and that means the people I am working with can be vulnerable, too.