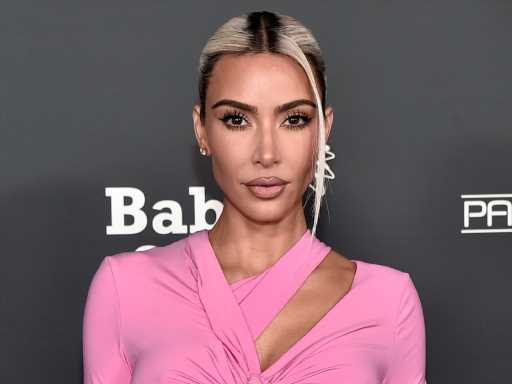 Kim Kardashian isn’t thinking about Pete Davidson one bit after she broke up with him last August. Even though the SKIMS founder swears she’s committed to staying single for now, she’s teasing her fans that there might be a new mystery man in her life.

The 42-year-old reality star shared the news on the Goop podcast with Gwyneth Paltrow as she analyzed her three marriages. “I feel, honestly, my last marriage was my first real [one],” she said. “The first one, I just don’t know what was happening. The second one, I felt like I wanted to be married so badly because all my friends were at that place and that’s where I should have been.” Kim is definitely open to marriage again, though, and noted, “I have this fantasy in my head, like, ‘Fourth time’s a charm — it’s gonna work out.’”

In order to get married again, Kim’s going to have to start dating, so Paltrow asked the question that fans were dying to know the answer to. The Goop founder was curious as to whether she had a “flirt going on the side” in her DMs or via text. That’s when we got the response, we’d all been waiting for: “I do,” she slyly replied.

Paltrow then went in for the comedic kill, and quipped, “That will get you through a cold winter.”

We don’t know who Kim’s rumored flirt is, but she probably just put internet sleuths hot on her trail. If she keeps talking about him in the press, somebody will figure out his identity before long.

Before you go, click here to learn more about celebrities who’ve opened up about dating after divorce. 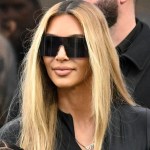 
Kim Kardashian's Kids May Have a Younger Sibling in Their Future: ‘Never Say Never’