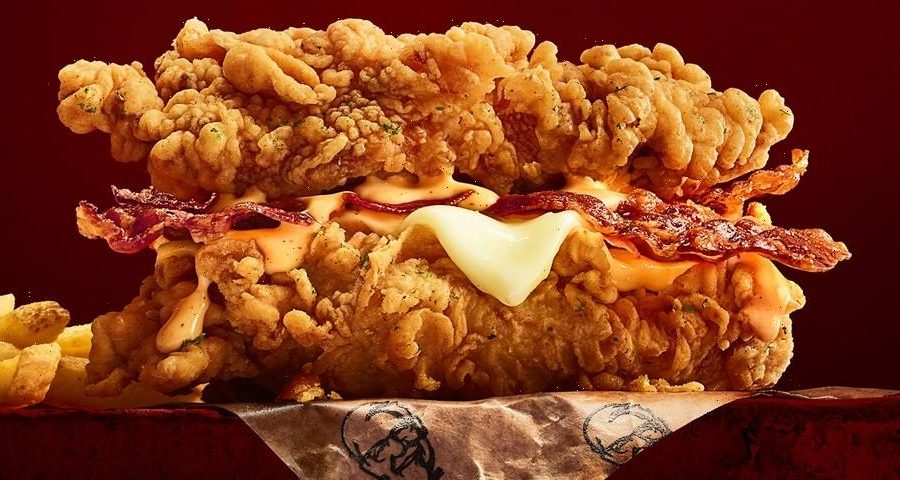 After 10 years, KFC Canada has finally listened to its loyal chicken lovers and is officially bringing back the KFC Double Down.

The breadless sandwich replaces the buns with two crispy chicken fillets, creating one of the most iconic sandwiches for KFC. Featuring bacon, Canadian Monterey Jack cheese and a finger-lickin’ good sauce between the two pieces of fresh fried pieces of chicken, the sandwich has caused great controversy throughout the country of Canada with fans loving to hate it and hating to love it.

The sandwich first made its debut in Canada in October 2010, selling over 250,000 pieces within the first two weeks it hit the market. The sandwich became an instant success and left Canadians wanting more. Those who find the combination of ingredients to be drool-worthy can expect the KFC Double Down hits KFC kitchens across Canada from October 4 until November 7.