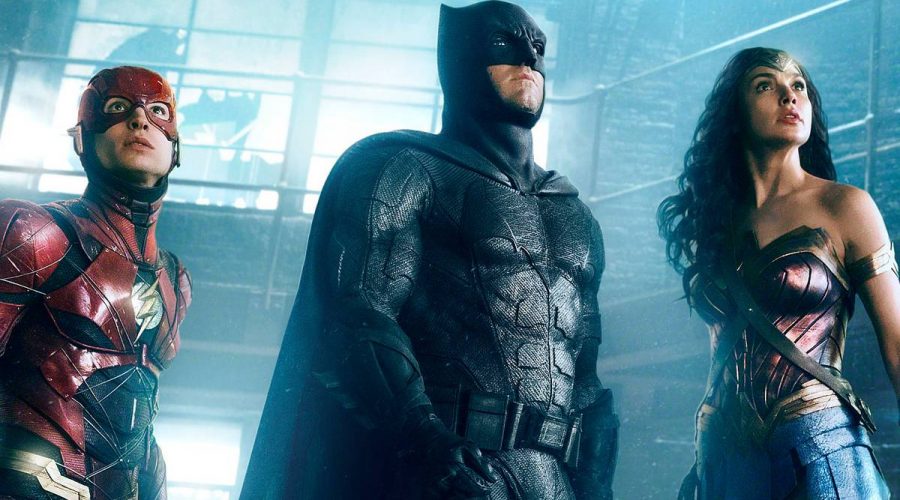 Like a goddamn hero/lunatic I watched all four hours of Zack Snyder’s Justice League in one heroic sitting the other night. I clicked the movie on at 7.30pm and didn’t click it off again until a yawn after 11.30pm. At the risk of underselling things, it is a long movie.

I can only assume that Snyder’s legion of fans will be happy. They spent years of their lives petitioning, pleading and pestering the movie studio to “#Release the Snyder Cut”, after being extremely – and loudly – disappointed with 2017’s Justice League movie after director Snyder left during production and a ringer came in to finish it.

The fans wanted more Snyder and holy running-time Batman, did they ever get it.

Me? I won’t deny that there wasn’t a degree of soul-searching during the 240 minutes I spent watching the superhero team of Superman, Batman, Wonder Woman, Aquaman and The Flash zap!, biff! and pow! their way through the movie’s villainous running time.

I actually went through the seven stages of grief watching this movie and here’s some brief excerpts from the detailed journal I kept throughout.

2: Pain and guilt: I shouldn’t be watching this. People have dedicated years of their lives fighting to get this made. They’d be so happy right now. I didn’t even see the original Justice League. Man, my back is killing me in this chair.

4: Depression: It’s been two hours. There’s still two hours to go. What am I doing with my life? I could have been someone. I’ve got to make some changes.

5: The upward turn: I’ve come so far. Keep going. Champ, you got this.

6: Working through: Okay, okay … a mere hour to go. I could write about it for the column? Yeah, that’d work.

7: Acceptance and hope: I am okay with this movie never ending because it is clearly never, ever, going to end. Zack Snyder’s Justice League is my life now. I am it and it is I and this is who we are. Wait … did that title card just say, “Epilogue”?

People, I’m telling you, Zack Snyder’s Justice League will take you on one hell of an emotional journey the likes of which you have never experienced in film before. And yes, I really do hope they take that quote out of context and use it to sell this incredible and bizarre and okay movie.

Because people should see, nay, experience, nay, endure, nay, survive Zack Snyder’s Justice League in all its bloated, stuffed and deeply earnest elongated running time. And I don’t mean breaking it into its six chapters and watching a bit tonight and a bit tomorrow and the rest the night after. Hell no!

I mean sitting your ass down and keeping your ass sat down until its wall of credits roll a lifetime later. This is the only way to avoid bringing great shame upon yourself and your family name. Hey, don’t blame me, I don’t make the rules.

But before you can embark on the movie’s spiritual walkabout you must first be confused by it. Why, you will cry, is the picture the square, boxy shape of old TVs? You will rush to google to find out what the hell is wrong with Neon’s streaming or your expensive wide-screen television and you will not be pleased with what you learn.

Because the two deep black bars that cage in each side of the picture is part of Snyder’s “vision”. Some people don’t mind it. It never stopped bugging me.

But! Is the movie any good? Yes. No. Maybe. I don’t know. It’s four hours long, man! At some point I entered a state of mad delirium brought on by all of its excessive sped-up/slow-motion action, blunt colour palette and tirelessly bombastic music.

There’s loads of superhero spectacle that hits varying degrees of excitement. Yes, it can be extremely earnest and calculatingly “dark” and “grim”, but that’s kind of Snyder’s thing. It’s not without moments of levity, mostly from the kid-brother enthusiasm of Ezra Miller’s interpretation of The Flash, or Ben Affleck’s world-weary Batman. Gal Gadot’s Wonder Woman is inspiringly kick-ass and I’m sure Jason Momoa’s aversion to wearing shirts as Aquaman will find an appreciative audience.

At its best Zack Snyder’s Justice League is engaging and entertaining, at its worst it’s not. But no one can possibly say Zack Snyder hasn’t gone all in making this movie the most Zack Snyder it could possibly be.

The man had a vision and you bet he has delivered every last minute of it. I personally admire the madness of the whole endeavour. Four hours is patently ridiculous. I’m glad I watched it. I won’t be watching it again.