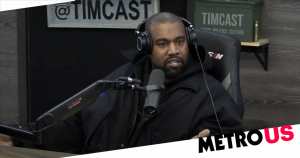 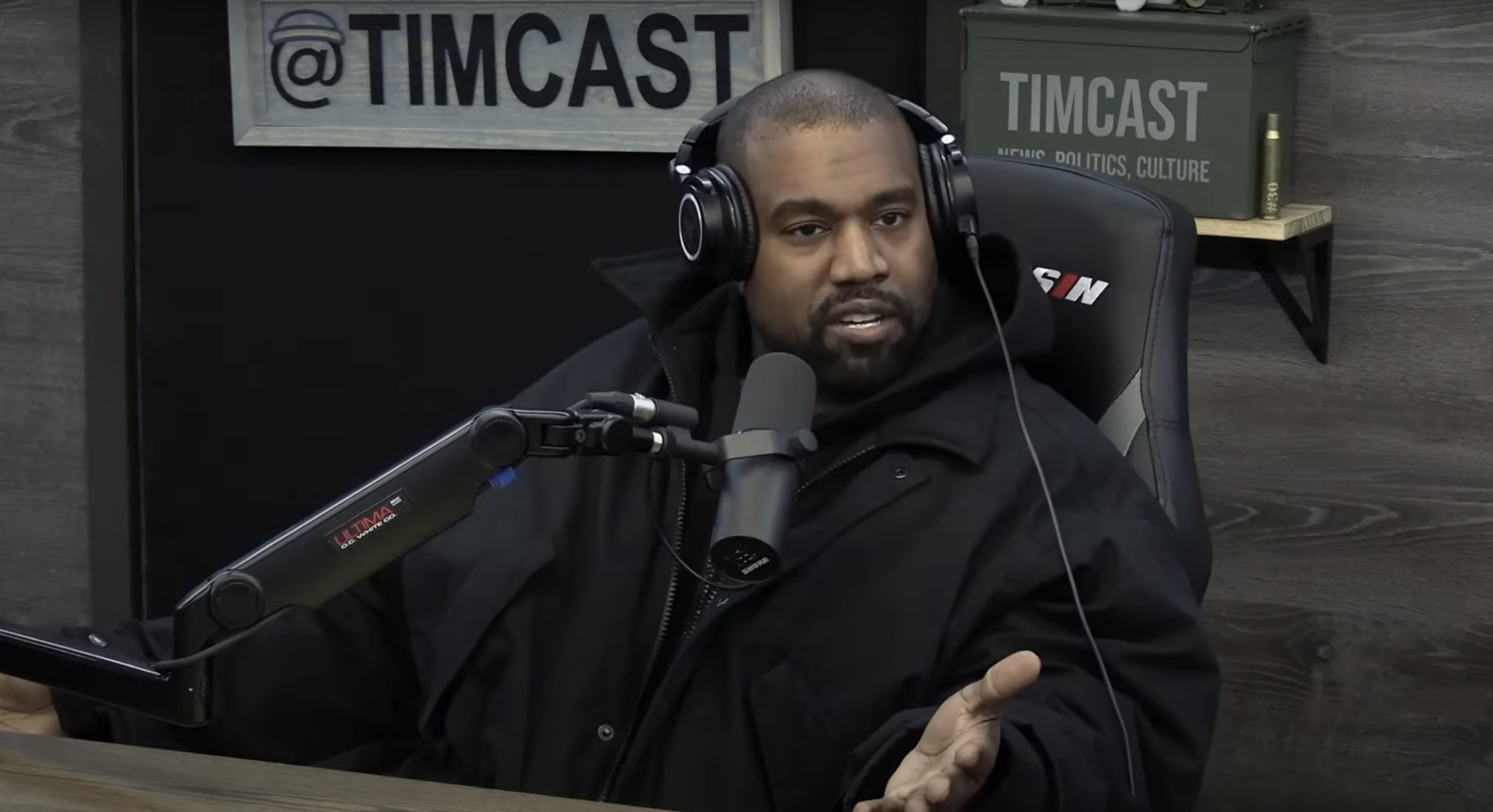 Kanye West stormed straight out of an interview after he experienced a slight pushback to his recent controversy when he spewed antisemitic vitriol on social media.

The rapper, now known as Ye, recently announced his intentions to campaign to become US President in 2024, revealing he held a bombshell meeting with Donald Trump in Mar-A-Lago, Florida.

While West originally requested for former President Trump to be his running mate, it appears the former reality star rejected his offer, dubbing the musician a ‘seriously troubled man’.

West recently became embroiled in controversy when he made antisemitic remarks, after he tweeted in October: ‘When I wake up I’m going death con 3 On JEWISH PEOPLE,’ before he was temporarily banned from the social media platform.

He also hit out at ‘Jewish media’ and ‘Jewish Zionists’ while speaking on the Drink Champs podcast, claiming: ‘Jewish people have owned the Black voice.’

In a new interview on the podcast Timcast IRL, West brought up Jewish people yet again, stating: ‘You’re not going to take my pain away. Jewish people say, it’s the Holocaust, this happened, and you can’t say anything about it. We can’t take their pain away.

Alt-right political commentator Milo Yiannopoulos, who’d also joined West on the chat, got up to go check on the musician.

‘So, I can’t say I’m surprised,’ Pool continued. ‘What do I even do? Other than ask him, please elaborate on this? Are you referring to individuals, or are you quite literally blaming an entire group of people for the fact that powerful individuals are causing you harm?’

The podcast host admitted he anticipated it being an issue for him to bring up West’s antisemitic comments during their conversation, before adding: ‘Literally I said a couple of sentences, about I don’t think that’s fair. Did I insult the man? He seriously can’t handle it?’

While speaking on Piers Morgan Uncensored recently, West declared that he couldn’t be ‘cancelled’, before adding regarding his antisemitic remarks: ‘I will say, I’m sorry for the people that I hurt with the DEFCON… the confusion that I caused.

‘I feel like I caused hurt and confusion and I’m sorry for the families that had nothing to do with the trauma that I had been through. Hurt people hurt people – and I was hurt.’