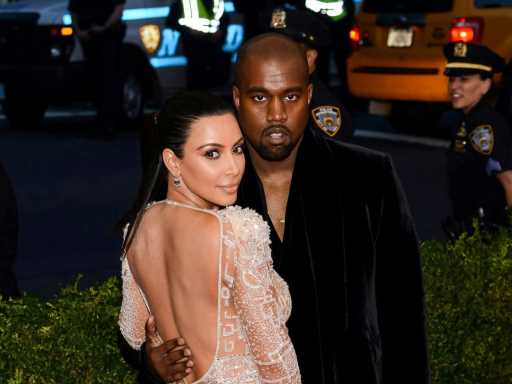 Someone isn’t taking the Kimye breakup so well — Kim Kardashian appears to be moving on just fine with Pete Davidson. It’s Kanye West who seems to be struggling with the fact that his ex-wife is happy with another man.

The rapper reportedly thought Kim’s fling with the Saturday Night Live star was “a fun storyline” for the Kardashian’s new Hulu show, according to a Hollywood Life source. But nope, it’s all real, Kanye. The insider reveals that “he’s very, very upset” and “is willing to do absolutely anything to get Kim back” while “asking his friends for advice.” But why the sudden change of heart for the “Off the Grid” singer? He certainly was doing just fine earlier this year when he was dating Bradley Cooper’s ex Irina Shayk.

The source added that Kanye is “devastated” that their divorce is happening and hates “to see her moving on.” Kim went through a lot in their marriage with his admissions of infidelity, his mental health battles and his run for president. The new relationship for her is a breath of fresh air and Davidson reportedly “goes out of his way to make Kim feel special.”  Kanye isn’t backing down, though, and made sure to make his feelings public in a pre-Thanksgiving Day speech that made mention of God wanting the two of them back together.

And we can’t forget Vinetria — the Yeezy founder has also been linked to the model recently — so it seems that someone wants to have his cake and eat it too. Kim deserves the opportunity to find peace and happiness outside of Kanye — whether it is with Davidson or someone else in the future. She hasn’t entertained the idea of reconciliation with him at this point, so it’s best her ex-husband gives her the freedom to explore other dating options — which is what Kim has done for him.