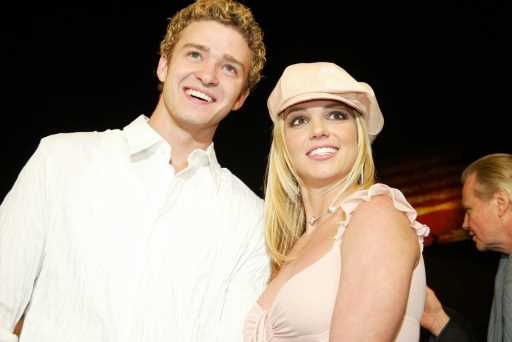 After hearing Britney Spears speak about the damaging effects of her conservatorship at yesterday’s court hearing, we’re all reeling. Between the details of how her finances have been controlled, as well as the shocking fact that her reproductive choices are not her own, it’s becoming more and more clear that the #FreeBritney movement needs to succeed. Celebrities from Mariah Carey to Halsey have voiced support for Spears, as has her famous former ex, Justin Timberlake. 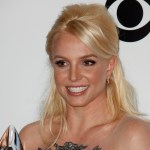 Timberlake used Twitter to express his concern and support, writing that he and his wife, Jessica Biel, were sending their “love and … absolute support” to Spears. “We hope the courts, and her family make this right and let her live however she wants to live.”

Though there have been many reports of the controlling and abusive nature of Spears’ conservatorship, which has been managed solely by her father Jamie Spears until his health issues last year, we hadn’t heard directly from the singer until now. The conservatorship began in February 2008 after Spears was hospitalized for mental health reasons.

“I just want my life back,” Spears told the court yesterday. “It’s been 13 years, and it’s enough. It’s been a long time since I’ve owned my money. And it’s my wish and my dream for all of this to end without being tested. … I’m great at what I do. And I allow these people to control what I do.”

Spears revealed she wants to be able to get married to model Sam Asghari, whom she has been dating since 2016, and “start trying to have another baby,” but her conservatorship team wouldn’t “let” her get her IUD removed. Spears is already mom to two sons, Sean Preston, 15, and Jayden James, 14, whom she had with ex-husband Kevin Federline.

“After what we saw today, we should all be supporting Britney at this time,” Timberlake continued on Twitter. “Regardless of our past, good and bad, and no matter how long ago it was … what’s happening to her is just not right. No woman should ever be restricted from making decisions about her own body. No one should EVER be held against their will … or ever have to ask permission to access everything they’ve worked so hard for.”

Not everyone was impressed by Timberlake’s tweets, however, with numerous people calling the former ‘N Sync boy band member for being part of the problem that led to Spears’ downfall.

“You are literally one of the reasons this entire thing even started,” replied @DanileArthurrr to Timberlake’s tweet, “but okay bro, try to make yourself seem like a good guy if that makes you feel better about yourself.”

Fans who applauded Timberlake for showing support for Spears also received blow back.

“These tweets probably sent her into a panic attack,” @RachelleGV1020 replied to @kathygarcia for her support of Timberlake. “He was the main one clowning her for years over a break up.”

After meeting as stars on The Mickey Mouse Club, Spears and Timberlake dated from 1998 to 2002. Their breakup was documented in The New York Times‘ “Framing Britney Spears” and included details of Timberlake’s alleged cheating and his choice to use a Spears look-alike in his “Cry Me a River”  video. After the documentary came out in February, Timberlake apologized to Spears for his past mistakes.

“I want to take accountability for my own missteps in all of this as well as be part of a world that uplifts and supports,” wrote Timberlake, who now has two sons with Biel, in an Instagram post at the time. “I care deeply about the wellbeing of the people I love and have loved. I can do better, and I will do better.”