Experts warn that seemingly harmless interactions with close family and friends may be driving the spread of Covid. 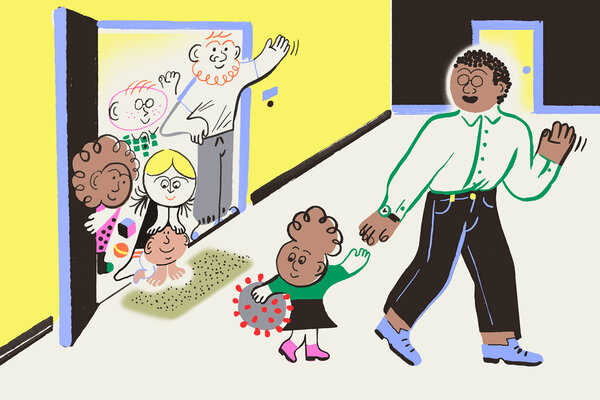 As the long pandemic summer comes to a close and many parents are desperate for life to return to at least some semblance of normal, experts and public health officials have noted an increase in some families beginning to engage in social activities that seemed too risky back in the spring.

“There is definitely more chatter and comfort with play dates these days,” said Dr. Nina Shapiro, a pediatric otolaryngologist at the David Geffen School of Medicine at U.C.L.A. “I also see more groups of families with kids out in my neighborhood and hear some large group parties going on in people’s backyards.”

While reports of new coronavirus cases are down in many parts of the country compared with where they were over the summer, data released on Sept. 17 by the American Academy of Pediatrics and the Children’s Hospital Association suggest a worrying trend among children: the infection rate has increased by 56 percent since the beginning of August. (Experts noted that at least some of that increase may have been because of increased testing, though, and some states define “children” as those as old as 20.)

Public health officials don’t yet know exactly how small gatherings like play dates and informal family get-togethers have been contributing to Covid-19 spikes nationwide. There simply isn’t enough solid data. But some cities and states including Chicago, Los Angeles, Maryland and Michigan have noticed a connection.

On Sept. 1, Gov. Kate Brown of Oregon announced in a news release that she was extending Oregon’s state of emergency until November, in part because “small social get-togethers like barbecues and family celebrations have fueled wider community outbreaks in counties across Oregon.”

In a news conference on Aug. 31, Jan Malcolm, Minnesota’s health commissioner, pointed to informal gatherings as a source of recent spread there as well.

09/24/2020 Entertainment Comments Off on ‘Just a Small Play Date’? You Still Need to Be Careful
Recent Posts
We and our partners use cookies on this site to improve our service, perform analytics, personalize advertising, measure advertising performance, and remember website preferences.Ok