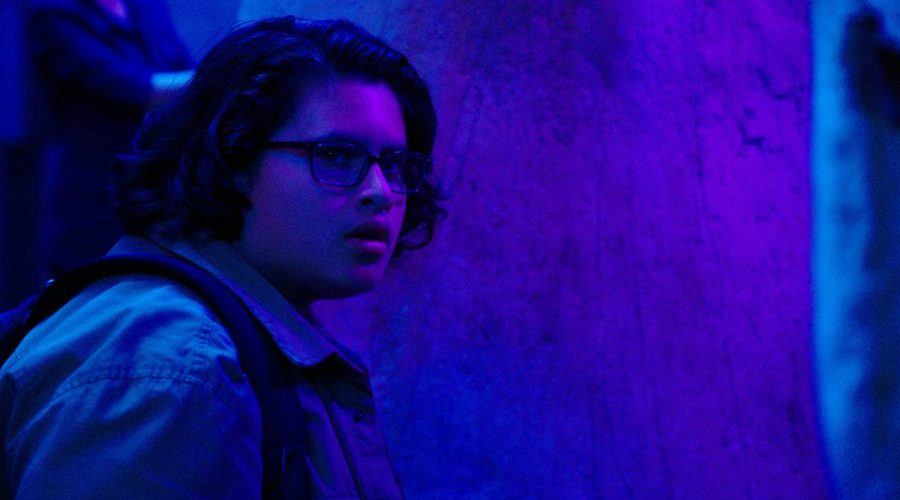 “A giant chihuahua would be funny,” Julian Dennison laughs, running with the question of what creature or animal he’d like to see become super-sized and stomp into the MonsterVerse. “Just a normal everyday pet, a dog or a cat, become a giant and start fighting Godzilla.”

He’s right, it’s funny, but I’m doubtful that a chihuahua, no matter how nippy, would stand much of a chance against the brute power of King Kong or the terrifying radioactive attack of the ferocious Godzilla.

So for now, at least, we’ll just have to make do with the enticing and highly appealing prospect of watching these two titans of the cinema smash it out against each other in Dennison’s new action blockbuster Godzilla vs Kong.

“I was like, ‘Wow! This is gonna be a big film’; a lot of explosions, a lot of fighting. It was a fun script,” he answers when asked why he wanted to be in the film. “Why wouldn’t you want to do a Godzilla versus Kong film?”

The star of Kiwi classic Hunt for the Wilderpeople and subversive superhero sequel Deadpool 2 is in demand, but says the passion and vision that director Adam Wingard had sold him on the project.

“He was really passionate about these characters and bringing them to life on the big screen,” Dennison says of the director who made his name with cult horrors like You’re Next and The Guest. “He really wanted to humanise Godzilla and Kong so they feel less like dumb animals and more like these titans and kings with emotions and feelings. He did a really good job of portraying that. They feel more real.”

In the movie, Dennison plays Josh, the best friend of Stranger Things’ star Millie Bobby Brown’s character Madison. She ropes him into helping her uncover the conspiracy around Godzilla’s erratic attacks on major cities around the world, which ultimately leads them both into highly perilous, life-threatening situations.

“Man, I’d drive the other way,” he says, when asked how he’d react if his friend led him into the same sort of situations that Josh finds himself in. “That’s not a good friend if they’re dragging you into something like that.”

While he’s been making a name in action films, he says that he loves our local movies and is a fan of all genres, bar one.

“I’m not really a horror person. Action films I love, but I would love to get back into some indie stuff. Action films are awesome but the acting has to be a lot bigger. A film like Godzilla vs Kong you’re working with these big creatures so you have to bring your level up to stay on par with them so you don’t get lost in all the busyness and chaos of the film.”

In the film, nothing can stop Godzilla or Kong when they’re on the rampage, but here in the real world the pandemic stopped them in their tracks, with the movie being pushed from its original release date last year until today.

“It feels like such a long time ago, before Covid-19. It’s hard to remember what the world was like before then,” he sighs, before saying he spent lockdown in New Zealand with his family.

Back on the big screen, this monster of a movie sees the two titans smash, crash and bash their way through heavily populated cities in a hugely destructive battle for supreme dominance. But perhaps the best thing about it, is its sense of fun. Far from a dark, gritty serious film it’s instead a big, bright creature feature the whole family can enjoy.

“Yeah, that’s cool. With everything going on right now the world needs it,” Dennison says. “They need a film you can go to with your families, scream at the projector, eat popcorn and just enjoy yourselves.

“It’s a big film,” he grins. “People are really gonna enjoy it so while not enjoy it with the people you love?”

THE LOWDOWN
Who: Kiwi actor Julian Dennison.
What: Monster movie Godzilla vs Kong.
When: Opens in cinemas today.