JoJo Fletcher and Jordan Rodgers lived through The Bachelorette in 2016, and now they’re about to relive it all. When the season re-airs as part of The Bachelor: The Greatest Seasons — Ever, Rodgers, 31, will be watching the show for the first time … and at first, Fletcher, 29, wasn’t thrilled with the idea.

“When I first got the call from our producers, I think I got this pit in my stomach. I was like, ‘No! We have to re-watch this?’ I don’t know why I had initially felt that, but like there was like a sense of anxiety,” Fletcher, 29, shared with Us Weekly exclusively on Monday, June 22, while promoting her partnership with Kilz 3 Premium Primer. “I think I got really lucky the first time around because Jordan didn’t watch my season. He’s like, ‘I don’t need to see that!’ But now he’s like, ‘I’m super excited to watch!’ I’m like ‘Oh great. Four years later we’re gonna rehash all this?’”

Now, the real estate developer is “looking forward” to watching and adds that the former NFL star is “excited” to see it. 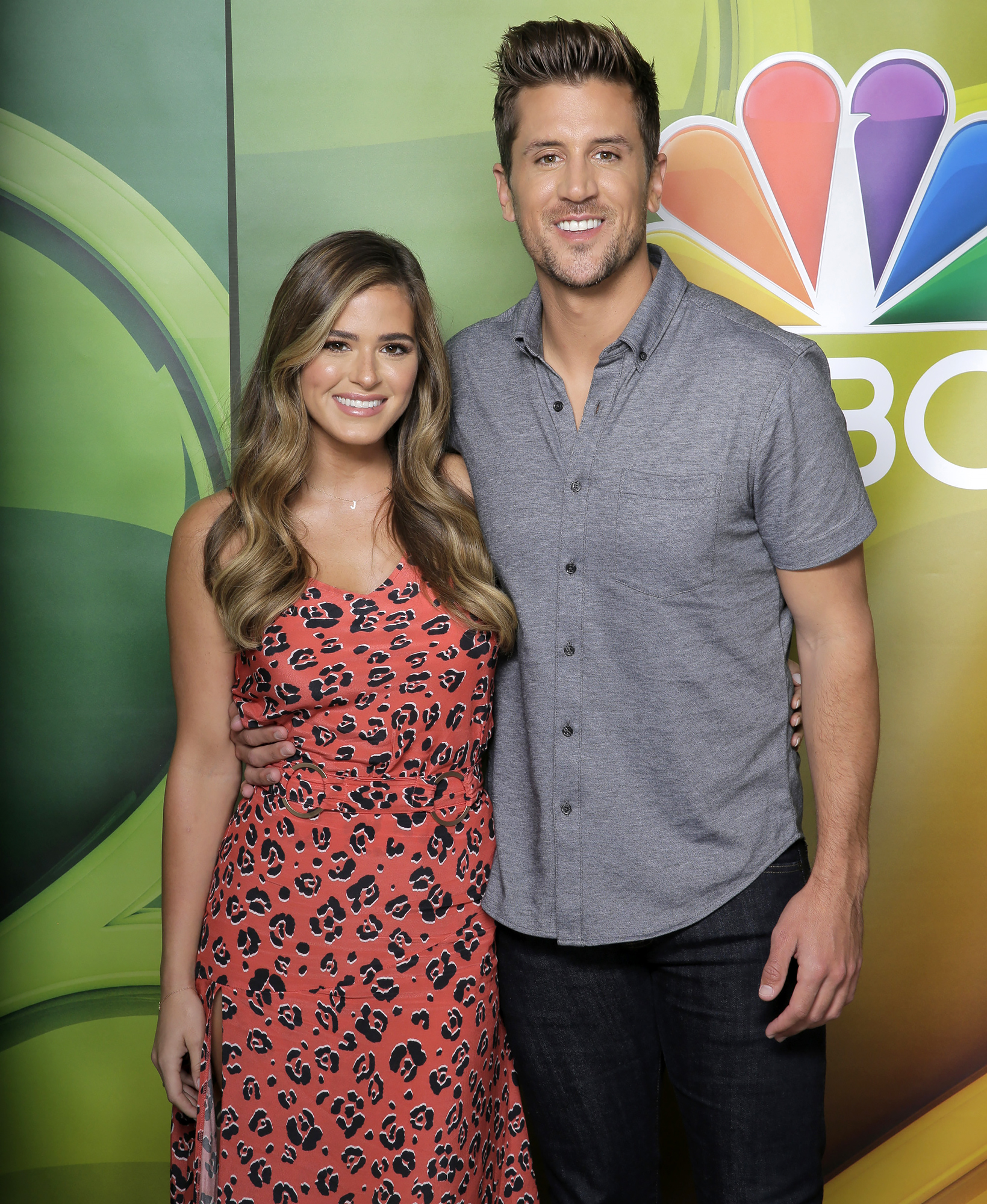 “It’ll be good to see our story play out again cause we haven’t,” she said. “It’s been forever so it’ll be nice to sort of relive those moments.”

The reality star, who first appeared on Ben Higgins‘ season of The Bachelor, also knows it will be entertaining to see how many tears she shed throughout her season.

“I cried so much. I don’t know if people remember how just emotionally unstable I was during that whole thing so it’ll be funny to watch that back,” Fletcher shared. “I probably won’t love to see it, but I’m excited just to see Jordan and I’s story and rewatch the proposal. So that’ll be really awesome!” 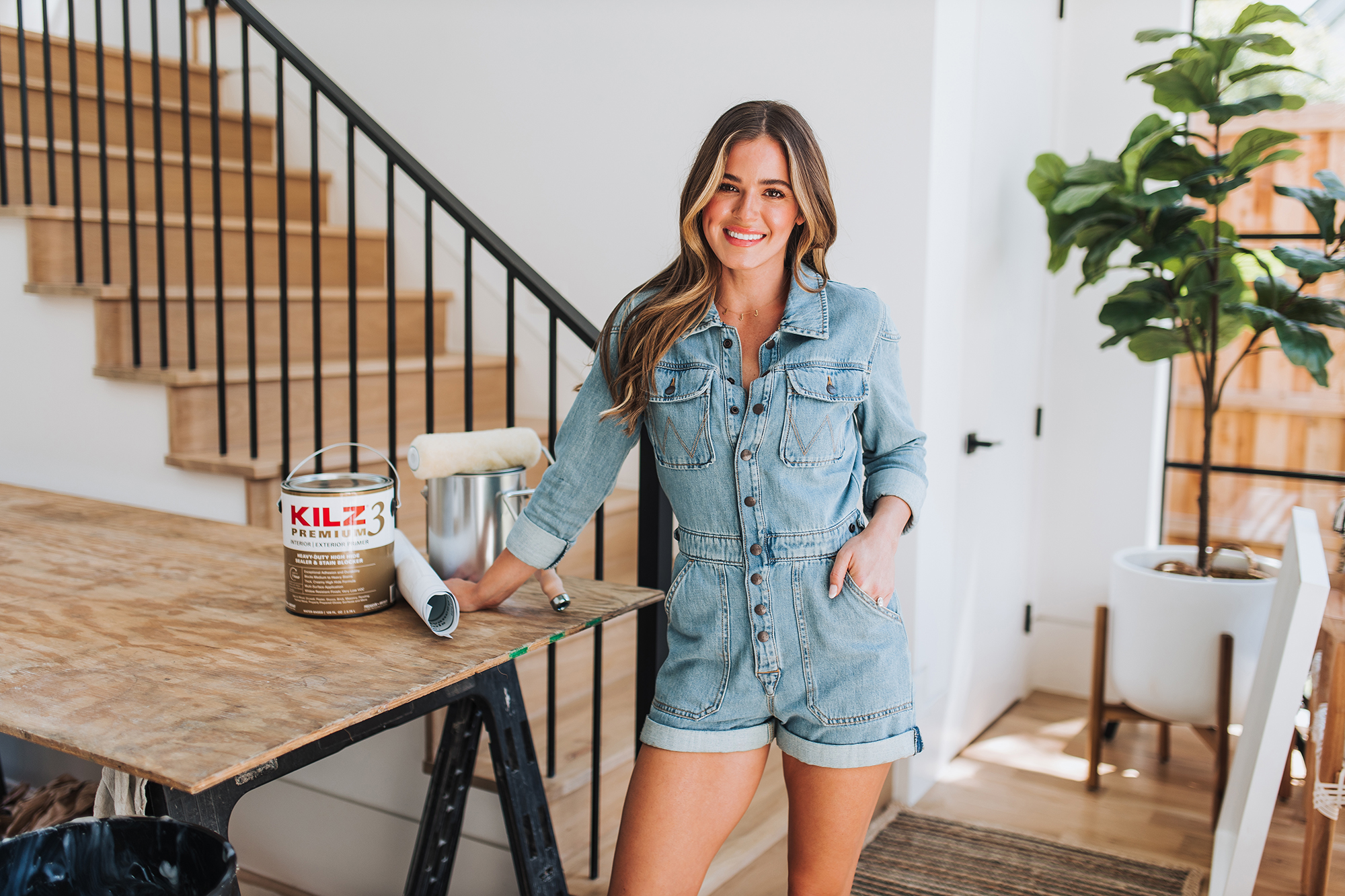 The couple have been engaged since the show’s finale, which aired in August 2016. They were originally set to get married on June 13, 2020, but had to postpone the wedding to 2021 due to the coronavirus pandemic.

Since staying home, she’s been doing a ton of DIY work and has partnered with Kilz 3 Premium Primer for a sweepstakes, giving away 10 $500 gift cards for those looking to make some changes around the home. One person will also get a $5,000 e-gift card and a 1:1 virtual consultation with JoJo.

“We did a big DIY project while we’ve been quarantined. We actually redid a huge, huge shiplap wall in our space. We had this old remodel that we did and instead of selling the house, we figured it would be an awesome space to make it our home office away from home,” she shared with Us. “The wall had gathered sort of stains and imperfections over time, and I kept looking at it, thinking, ‘I really want to paint this awesome, moody color,’ but we had to prime that entire wall, so we used our Kilz 3 Premium Primer. It covered it up so seamlessly. … It’s beautiful. It created a lot of depth and character and it’s moody, but also very calming. Now I’m just thinking about what I want to do next.”

Fletcher’s season of The Bachelor: The Greatests Seasons — Ever! airs on ABC Mondays, June 29, at 8 p.m. ET.

With reporting by Kayley Stumpe

06/23/2020 Entertainment Comments Off on Jordan to Watch JoJo's 'Bachelorette' Season for the 1st Time 4 Years Later
Recent Posts
We and our partners use cookies on this site to improve our service, perform analytics, personalize advertising, measure advertising performance, and remember website preferences.Ok