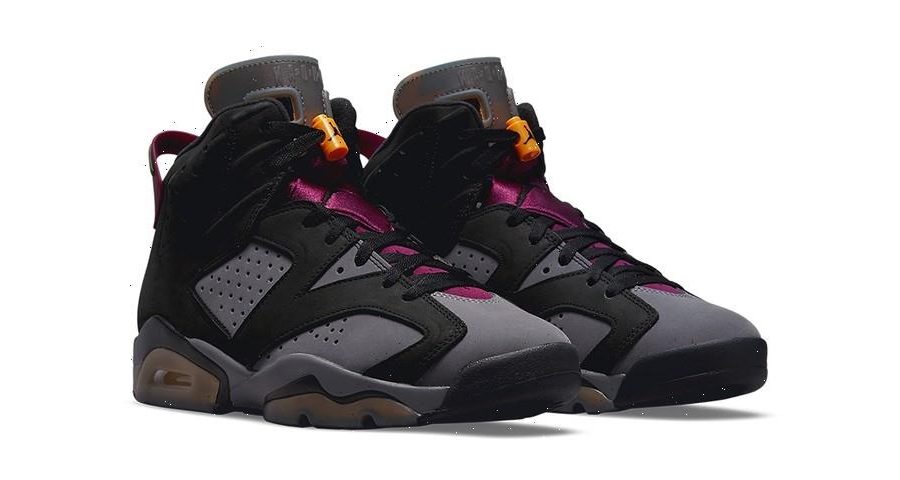 It’s been three decades since the Air Jordan 6 was first introduced to the market, and this silhouette is arguably one of Michael Jordan‘s most special ones as it was the very shoe that he captured his first-ever championship in during the 1990-1991 season. And to celebrate its 30th anniversary, the model is being released in a striking “Bordeaux” colorway.

If this forthcoming variation looks familiar to you, that’s because it’s a nod to the Air Jordan 7 “Bordeaux” that originally dropped back in 1992 and later retroed in 2011 and 2015. Uppers are primarily crafted with nubuck materials, and alternated between muted graphite underlays and cut-out tongues and solid black overlays and Jumpman logos atop the bridge of the foot. The shiny throat and the heel counters are splashed with a wine-inspired “Bordeaux” hue, the latter of which is contrasted with an olive green stripe. The interior sides of the tongues are executed with colorful diamond patterns as a means of calling out its muse’s tongue presentation. Moreover, a tiny dose of orange shows face on the lace toggles.

Jordan Brand will be dropping these on September 4 in full family sizes and the adult pairs will be retailing for $190 USD.