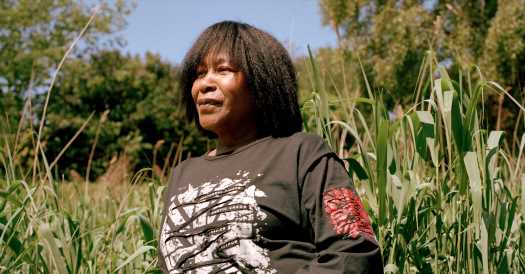 The pandemic arrived while Joan Armatrading was making her new album, “Consequences.” Yet unlike countless musicians whose work was completely upended by quarantines and separations, Armatrading barely had to adjust. Since 2003, she has been recording her albums on her own: writing, arranging, playing and engineering entire songs by herself.

“I actually don’t physically need one other person in the room with me,” she said via video interview from her home in London, sitting in front of a blank white wall. “I just did what I do.”

What Armatrading has been doing, beginning with her 1972 debut album, “Whatever’s for Us,” has been writing and singing, with insight and empathy, about a broad panorama of human relationships. She sings about romance, friendship, family and community; she sings about longing, infatuation, discord, heartache and healing. The songs on “Consequences” celebrate love at first sight (“Already There”) and delirious obsession (“Glorious Madness”); they also recognize romantic turmoil (“Consequences”) and aching loneliness (“To Anyone Who Will Listen”).

Armatrading, 70, was born in St. Kitts, and settled in England with her family when she was 7 years old. She liked writing jokes and limericks; then, when she was 14, her mother bought a piano “as a piece of furniture,” Armatrading recalled.

“Literally, as soon as it arrived, I started writing songs,” she said. “I think I was born to do what I’m doing. I always say I can’t take credit for it because I did nothing for it. All I did was be born, then was given this gift.” 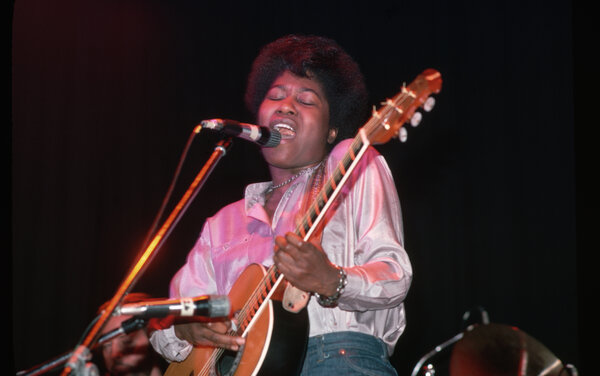 She began her recording career in an era of singer-songwriters alongside Joni Mitchell, Elton John and Carole King, three musicians she was compared to early on. But Armatrading quickly forged her own style, juxtaposing layers of crisp riffs and rhythms while wielding a voice that can dive into a hearty contralto or leap upward to radiate fragility and tenderness.

Armatrading is insistently modest about her singing. “I don’t know that I’ve got a voice. I sing because I write songs,” she said. “I know that some people love my voice, but that’s the last thing I’m thinking of. I’m just thinking about the structure of it, the arrangement of it. Does it sound good? Is it working? Is the emotional part of it working?”

On her first albums, Armatrading worked with leading producers: Gus Dudgeon (Elton John), Glyn Johns (the Rolling Stones, the Who), Steve Lillywhite (XTC, U2), Richard Gottehrer (Blondie, the Go-Go’s). But by the mid-1980s, she was ready to produce herself. And in the 21st century, she dispensed with studio musicians; she now plays all the keyboards, electronics and guitars, and she programs the drumming.

Even as a teenager, Armatrading said, she heard her songs as full-blown arrangements. “I’ve always gone in with a complete song,” she said. “I’m the writer, so I need to know how every aspect of the song goes. I can hear the bass and the drums and the keyboards. That’s how I go into the studio. It has a verse, a chorus, a middle eight, a solo, an end. If it’s going to fade, if it’s going to end, whatever — I need to know exactly what that is.”

Armatrading had American and British hits in the 1970s and ’80s and a trove of FM radio staples, including “Love and Affection” and “Drop the Pilot,” and she has never stopped making albums and performing. She has earned loyal, long-haul fans, and is still being discovered by younger generations of songwriters, among them the widely acclaimed Laura Mvula — whose mother, like Armatrading, came from St. Kitts.

“I remember being transfixed,” Mvula said in an interview. “It was similar to the first time I heard Nina Simone and really listened.” She recalled watching a performance on YouTube: “I do remember being like, ‘This is a Black woman from St. Kitts. She’s wearing no makeup. That seems to be her thing. She is as she appears.’ And that’s how the music is. It speaks very deeply to who I am. And it fills me with this unknowable pride that without even being able to give myself props, this is my heritage.”

For decades, Armatrading’s songs have moved listeners. “People have said to me, I couldn’t find the words to express what I was thinking or feeling at that moment to this person. And your song has helped me to do that,” said Armatrading. “And these three-minute songs that we’re doing, because it’s in this really short, squashed-in, compressed form, have to be quite precise. It has to be succinct. It’s got to say exactly what you’re trying to say. And that’s what’s helpful to people.”

For all the seeming intimacy of her lyrics, Armatrading has steadfastly insisted that the vast majority of her songs are not confessional. “If you hear a song like ‘Blessed,” or ‘I’m Lucky,’ or anything that’s got this feeling of, ‘I’m so thankful for where I am,’ that’s me,” she said. “But in general I’m just working from observation. If you’re going to write all those songs and all of those songs are going to be about you, that’s not healthy. I try and be as private as I can and as quiet as I can.”

But she has offered a few glimpses of autobiography. “Mama and Papa,” from her 2007 album “Into the Blues,” offers memories of her childhood after moving to Birmingham, England, mixing fondness and struggle: “Seven people in one room/No heat, one wage and bills to pay.” Back in 1979, Armatrading released an angular new wave song, “How Cruel,” which noted, “I had somebody say once I was way too Black/And someone answers she’s not Black enough for me.”

Armatrading says now that she didn’t intend “How Cruel” as a broad indictment. “It was just thinking about some of the things that people say,” she said. “I absolutely have not been plagued with racism at all, and I feel quite lucky in that respect. It’s not that I don’t know that I’m Black. Of course I do. But I didn’t grow up with a lot of that, and I think it was probably because I was a songwriter and people are interested in the songs.”

Armatrading’s recent albums have started with concepts and strategies. She made a trilogy concentrating on genre: blues (“Into the Blues,” 2007), guitar-driven rock (“This Charming Life,” 2010) and jazz (“Starlight,” 2012). For “Not Far Away,” she decided to write all the lyrics first, then add music, a method she repeated on “Consequences.” That choice apparently encouraged Armatrading to make her music splash and change around the words.

“Consequences” itself, a lovers’ quarrel, begins with burbling, aquatic synthesizers, introduces a funky beat and bass line, tosses in jazzy piano clusters and, at one point, deploys Queen-like multitracked guitar. Meanwhile, Armatrading layers on vocals that wrangle and interweave with warnings, accusations, apologies and overtures: “Let’s try hard to work things out.”

Pandemic isolation didn’t curtail Armatrading’s songwriting by observation. “We have television,” she said. “And when I watch films, I watch very closely. I like looking to see what the extras are doing. I’m concentrating on the film, but I’m looking to see what’s different back there, what I’m not supposed to see.”

The album ends with “To Anyone Who Will Listen,” a plea for sympathetic attention. It could be a songwriter’s cri de coeur, but it was one of Armatrading’s observations; she read about a man in deep depression who was desperate for someone to talk to. “He wasn’t asking them to cure him or make his life necessarily better. He just wanted them to let him tell what he had to say,” she said. “I don’t know him. He was just a person in an article. But I really felt for what he was saying.”

While “Consequences” is Armatrading’s 20th studio album, she insists she’s in no danger of running out of ideas. “I’ve never suffered with writer’s block. I can always write a song,” she said. “I’m just trying to get really good at what I do. I’m trying to write the song where I say, that’s it. I’ve done it. I found the secret of life, and that’s it. I want to get to where that song is.

“I’m doing this till I die,” she added, smiling, “My last act will be writing a song.”