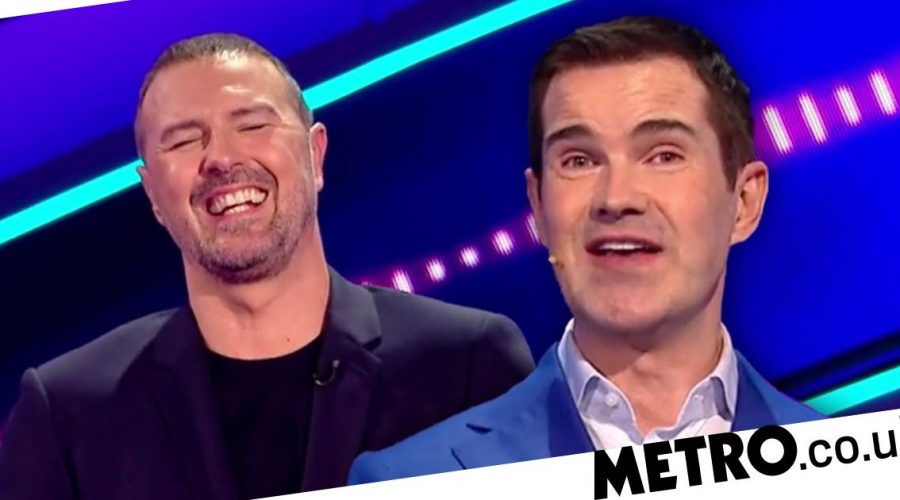 Paddy McGuinness is famous for his banter with his fellow TV stars, but it seems the Top Gear presenter is prepared to take it as well as dish it out.

The northern comic was rinsed by 8 Out of 10 Cats host Jimmy Carr on I Can See Your Voice, which saw Jimmy, 50, make a quip about Paddy, 49, having a ‘midlife crisis.’

The aim of the game is for the investigators to guess who can and can’t sing from a group of mystery people standing before them, all without ever hearing them sing a note.

Sharing his thoughts on who might be the Beyoncé and who was bluffing, Jimmy thought out loud: ‘Psychologist, I think, has only been booked on the show to deal with Paddy’s midlife crisis.’ 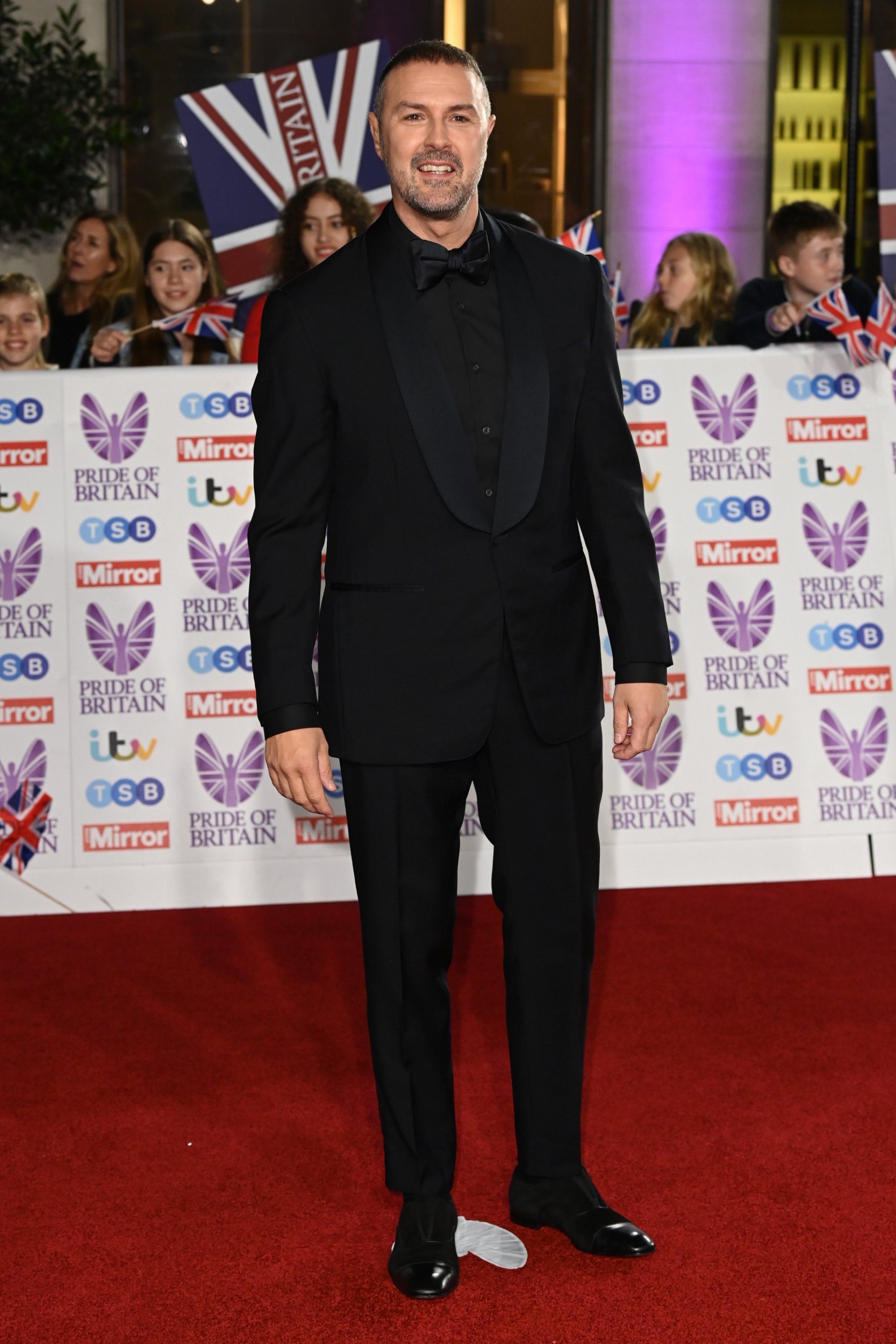 And, the former Take Me Out host was quick to retaliate, telling Jimmy: ‘Says the man with the whitest teeth in the world!’

Continuing the banter, Jimmy responded: ‘Never mind the new hair and the facelift!’, to which the audience and fellow investigators burst into giggles.

Jimmy has actually spoken openly about his plastic surgery and facial enhancements in the past, having had a hair transplant procedure, a set of veneers, and Botox.

The presenter previously admitted there is ‘very little’ left of his original face due to the amount of cosmetic work he’s had done.

He confessed to The Sun last year that he, in fact, had a midlife crisis of his own: ‘I’ve gone a bit crazy with it, I’ve got the new teeth and the new hair – I’ve had a proper midlife crisis. Like, right, let’s get everything done.’

Jimmy added: ‘I’ve had a little bit of Botox, some filler – everything I can get done. My face is now like Trigger’s broom from Only Fools And Horses, very little of the original is still there.’

Meanwhile, Paddy is currently navigating his split from his wife, Christine, after deciding to separate following 11 years of marriage.

The former couple announced their split in July, saying at the time that they were still living together in their family home and prioritising their children – twins Penelope and Leo, nine, and Felicity, six.

They are also continuing to throw themselves into work, with Christine recently making an appearance at the National Television Awards after being nominated for their autism documentary.

Ahead of the launch of the second series of I Can See Your Voice, Paddy shared that investigators Jimmy, Amanda, and Alison are ‘very competitive with each other.’

However, he ensures it’s ‘all done with love.’

‘Everyone has different opinions and that’s good for our contestants and they get a different angle on things,’ he said. ‘The standard has been good for the lip syncing and the bad singers are better at lip syncing and tricking people! They’ve already seen a series now and they know exactly what to do.’

Paddy added: ‘At the end of the day they are trying to win £10,000, so they’re going to put the practice in. We also have some amazing, talented singers in this series.’

I Can See Your Voice airs Saturday on BBC One.