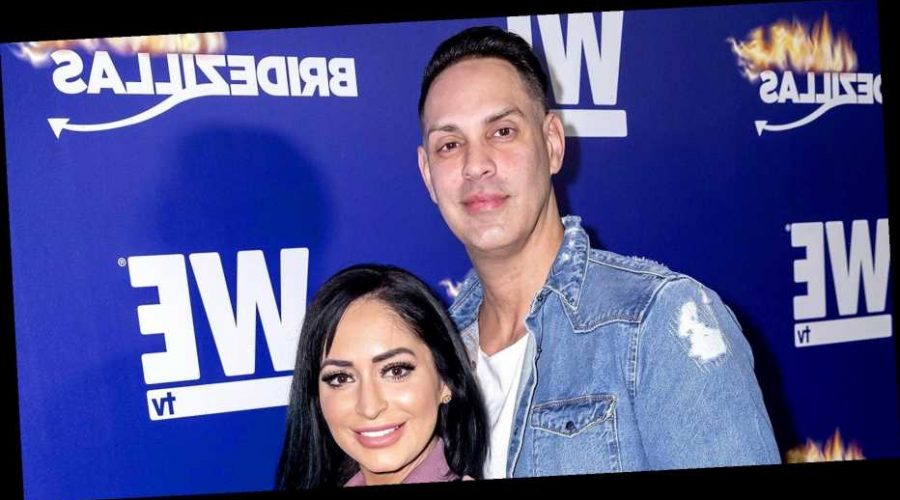 Confession time! Angelina Pivarnick did not hold back during the Thursday, February 25, season finale of Jersey Shore Family Vacation.

While staging a second wedding with husband Chris Larangeira, the reality star, 34, revealed to her roommates that she has very little sex with him.

Angelina’s Drama With Jersey Shore Costars Through the Years

“Unfortunately, Chris and I did not have sex, and there was no sex on the real wedding night either,” she said during the episode. “Maybe on the redo, we’ll finally have sex. Probably not but I’m just saying. Yeah, it’s probably not going to happen. It never happens anyway. We never have sex.”

Chris, 42, and Angelina first tied the knot in November 2019 at Park Château Estate and Gardens in New Jersey. The event, which aired during the reality show’s season 3 finale, caused quite a bit of drama for the show as Nicole “Snooki” Polizzi, Deena Nicole Cortese and Jenni “JWoww” Farley insulted Angelina during their speeches.

While Snooki, 33, has since left the show — and later shared that the drama at the wedding was her breaking point — Deena, 34, squashed her issues with Angelina during season 4. Jenni, 34, and Angelina, however, have feuded for years, making it more difficult to put their troubles in the past.

“I just really am excited to see everyone, except Angelina,” the Snooki & Woww: Moms With Attitude alum said during a January episode of Family Vacation when she headed to Vegas to meet up with the cast. “I’ll always be sorry for the speech because of the way that I thought I made her feel. But that doesn’t give Angelina the right to say she can talk to me and it doesn’t give my roommates the right to try and force us to have a conversation.”

‘Jersey Shore’ Cast: Where Are They Now?

However, when they finally had a discussion, the former EMT ultimately ended up in tears. “The f—ing girl is unpredictable,” she said in a confessional interview at the time. “I don’t know what she’s going to come in like. It’s been 11 years of back and forth. This whole entire trip has been great up until this point, but this girl always tries to sabotage it.”

Jenni and Angelina ultimately made up with the help of Dr. Drew Pinsky.