Just like the rest of us, Jennifer Garner has some extra time on her hands, so what better way to spend it than recreating the iconic pool moment from her hit ABC show “Alias”?

To celebrate hitting 10 million followers on Instagram, Garner put a new spin on a scene from the beloved spy series in which her alter ego emerges from a pool in a blue bikini before stepping into some matching pumps (waterproof, we presume) all in the name of espionage.

But this time around, Garner traded in the revealing swimwear for a full-blown wetsuit, goggles and a pair of Ugg slippers to give the steamy scene a hilarious update for 2020.

“I am awfully grateful for everyone in this community,” she wrote alongside the post on Friday. “To celebrate all 10 million of you 🙈🤗, here is THE video I promised my manager (hi, @nksolaka) and my publicist (hi, @mereowass) I would never post (because 👧🏻➡️👵🏼😂). At some point in 2021, Ladies, I will try to look cute just for you. 🤗♥️ #thankyou.”

Well, good thing Garner did decide to post because the video has since racked up nearly 4 million views with her famous friends and even an “Alias” co-star chiming in in the comments.

“This is the best thing I’ve ever seen,” actor Kat Dennings gushed.

“This is amazing. Love it and you. Oh, and you’re always cute,” Leslie Jordan wrote in a separate comment.

“Just when I think I couldn’t possibly adore you any more than I already do! Bless you for always making all of us smile. You are a gem, Jen,” Robin Roberts added. 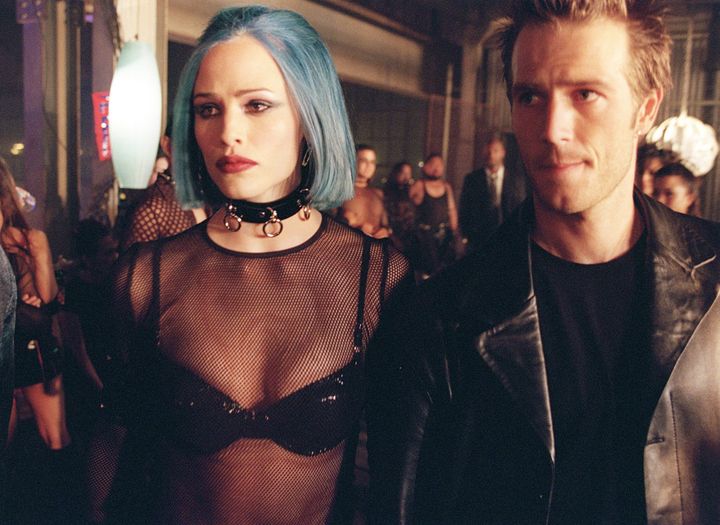 Garner starred on the series created by J.J. Abrams for five seasons as a double agent for the CIA, who has to hide her extra-curricular ass-kicking activities from her friends as she battles baddies across the globe in secret, while, of course, sporting an impressive collection of wigs.

The “13 Going on 30” star picked up a Golden Globe award, as well as a handful of Emmy nominations, for her performance throughout the series, which ran from 2001 to 2006.

Earlier this year, Garner delighted fans with another “Alias”-themed Instagram post in which she compared her various disguises to the wigs “Schitt’s Creek” character Moira Rose famously rocks on the Pop TV series.

“Who knew Sydney Bristow’s been hiding out in ‘Schitt’s Creek,’” she wrote. “I offer #MoiraRose (please tell me you’ve watched every moment on @netflix) as the more grown up, sexier version of #SydneyBristow.”