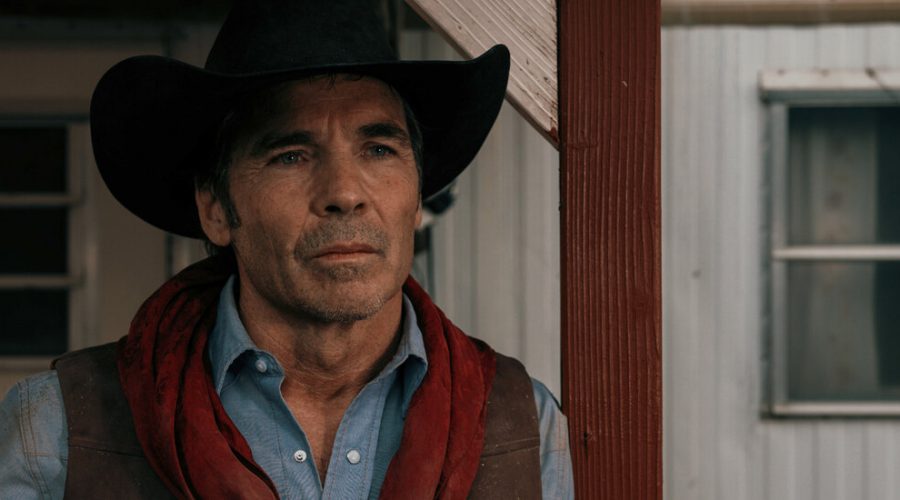 Jay Pickett, an actor known for his roles in TV soap operas like “General Hospital” and “Days of Our Lives,” died on Friday while filming a movie in Idaho. He was 60.

Travis Mills, the director of “Treasure Valley,” which was set to star Mr. Pickett, said on Sunday that Mr. Pickett fell ill while preparing to shoot a scene near Oreana, Idaho. There was no official explanation for the cause of death, he said.

Jim Heffel, a co-star on “Treasure Valley,” said in a Facebook post that Mr. Pickett “died sitting on a horse ready to rope a steer in the movie.”

Mr. Mills said Mr. Pickett suddenly slumped over. “We were getting ready to film this scene, and he was just sitting there on horseback,” Mr. Mills said, adding that people on the set did CPR until paramedics arrived a few minutes later by helicopter. He was declared dead at the scene, Mr. Mills said.

“Treasure Valley,” a western about a man who rebuilds his life after a fire destroys his family, was being filmed where Mr. Pickett grew up and had many connections, Mr. Mills said. During car rides through the valley to find places to film, Mr. Mills recalled, Mr. Prickett would make comments such as “That’s where my brother lived” and “That’s where I went to elementary school.”

Jan Larison, Mr. Pickett’s younger sister, said, “His passion was to come back and make films about the lives he was raised around.”

Jay Harris Pickett, the fourth of five children, was born on Feb. 10, 1961, in Spokane, Wash., to E. Richard Pickett, a cattle broker, and Virginia Pickett, who worked in agriculture for the federal government.

The Pickett family moved about 400 miles south, to Caldwell, Idaho, where Jay was raised, Ms. Larison said. He graduated from Vallivue High School in 1980 and attended Treasure Valley Community College, where he played football and met the woman he would marry, Elena Bates.

After community college, he attended Boise State University, where he continued to play football, eventually earning a bachelor’s degree in theater arts, his sister said. Then, he went to the University of California, Los Angeles, where he earned a master’s degree, also in theater.

While studying theater, Mr. Pickett played quarterback for his college football team and participated in rodeos, his sister said. His skills on the stage, on the field and in the saddle did not go unnoticed, particularly among some of Ms. Larison’s friends. “They all just wanted to come over and meet him,” she recalled.

In his 20s, Mr. Pickett began his acting career with small roles in the TV series “Rags to Riches,” “China Beach” and “Mr. Belvedere,” which all began airing in the 1980s.

In 1991, he played Dr. Chip Lakin in “Days of Our Lives,” an NBC soap opera that featured Mr. Pickett in 34 episodes. In “Port Charles,” a spinoff of “General Hospital” about the lives of medical interns and doctors at the fictitious Port Charles General Hospital, Mr. Pickett played Frank Scanlon, a dedicated paramedic and substitute teacher. The show ran from 1997 to 2003 on ABC.

Mr. Pickett’s budding fame was observable, sometimes in unexpected places. While accompanying him in Las Vegas, Ms. Larison overheard a conversation about her brother that took place in a restroom: “Oh my goodness, did you see — that was Jay Pickett out there!” she recalled one woman as saying.

Mr. Pickett portrayed Detective David Harper on ABC’s “General Hospital” from 2007 to 2008, and in 2012 he wrote, acted in and produced “Soda Springs,” a western film that also starred Tom Skerritt and Michael Bowen.

“The sudden passing of my pal Jay Pickett is very sad,” Kin Shriner, who worked alongside Mr. Pickett on “General Hospital,” said on Twitter. “He loved acting and Westerns, and when we got together we laughed a lot.”

Apart from “Treasure Valley,” Mr. Pickett had roles in four films that were in postproduction as of Sunday, according to the Internet Movie Database.

In addition to his sister, Mr. Pickett is survived by his wife, Elena, whom he married in 1985; their three children: Maegan, 35, Michaela, 29, and Tyler, 15; and three other siblings, Dee Pickett, Ginna Maggard and Rich Harris Pickett. Mr. Pickett’s father died in 2005, and his mother died in 2013.

Mr. Pickett died on the seventh day of what was supposed to be a 20-day film shoot for “Treasure Valley,” according to Mr. Mills. “I truly believe it is some of the best work he did in his career, if not the best,” he said.

Mr. Mills said he might seek to publish the script of the film, which Mr. Pickett wrote, and turn the footage into a short film or video tribute to the actor.