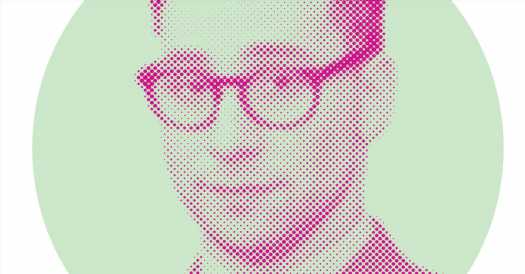 A widely trusted collaborator whose fingerprints are all over contemporary pop, Antonoff has already worked on a number of this year’s notable releases by Lana Del Rey, Clairo and Lorde. “Take the Sadness Out of Saturday Night,” the third studio album from Antonoff’s band Bleachers, is due July 30, lest anyone forget he also makes music of his own.

But the portrait of Jack Antonoff, ubiquitous workhorse, isn’t familiar to Antonoff himself. “I don’t see myself doing anything different than any of the people I know,” he said. “I’ve actually put an amazing importance the past couple years on my own time and my family. And I’ve realized that sitting in the studio all night is kind of a hoax. You might be better off going to dinner with your friends.”

Antonoff, 37, has been splitting his time between New York and his home state of New Jersey. Both places are woven into “Take the Sadness Out of Saturday Night,” an album Antonoff wrote around the idea of falling in love and taking a new partner back home, “as a metaphor for showing them your truest self.” In promoting the record, Antonoff has made this passage extremely literal, performing his new songs while crossing state lines on a moving bus; while perched inside the Holland Tunnel; and, in the case of the single “Chinatown,” while in a car with one of his influences, Bruce Springsteen (who also lends vocals to the track).

Calling from his Brooklyn apartment, Antonoff shared 10 of his much-loved cultural items — and tried to keep it honest. “When people make these lists, it always seems like they’re punching one notch above what they actually feel,” he noted. “I just jotted down a bunch of things I really like.” These are edited excerpts from the conversation.

I’ve never heard more longing in a song. There are plenty of songs about love and regret, and there are plenty of sad chords. And then every once in a while, you hear something that is so much bigger than the sum of its parts. In high school, I had this girlfriend, and she would put on “Foreign Affairs” and we would make out. This song isn’t on that album, but I fell in love with his voice and when that relationship ended, I took Tom Waits with me.

I have a lot of it around my house. Growing up, we had this J.F.K. bust; I don’t know where my dad got it. Then I started collecting J.F.K. busts, and all these great J.F.K. speech compilation LPs. There’s just such a heavy cultural context that comes along with it that makes you think of so many hopeful, tragic, bizarre elements of what it is to be an American. He’s become a really interesting symbol to me, in his complication.

It was a sketch show on MTV with Ben Stiller, Andy Dick, Bob Odenkirk and Janeane Garofalo that was so incredibly far ahead of its time. I see it as kind of the architecture for a lot of more bizarre comedy that has gotten really popular in the past 10 years. And it just isn’t culturally recognized in the way that you can throw it into a conversation the same way you can “Kids in the Hall” or Upright Citizens Brigade or even “The State” — those things people have a context for.

He was part of a field of outsider artists. There’s a great book called “American Self-Taught” that highlights a lot of this stuff: Henry Darger, Bill Traylor, William Hawkins. All these artists mean a great deal to me, because there’s something really incredible about seeing work that nobody asked anyone to make. It just comes from the desire to make it. Martín Ramírez had some real mental health issues; I don’t have much in common with him or his story, but when I look at his work, it really feels like the inside of his brain.

A couple of years ago, my manager and I were walking by this comic shop. When I was growing up, everyone bought Magic cards — it was a big deal, at least in my corner of Jewish New Jersey. We went in and started talking to this guy behind the counter, who was talking about Magic in this really beautiful way. So we bought some cards and started playing and got obsessed with it. There’s such an art of putting together your deck. It’s a crazy meditation on your life: You make these choices, and you put all these theories and road maps into it, but then you shuffle your deck and hope one of them will pan out. It’s just a beautiful game that requires so much of your intellect and soul. And I’ve only scratched the surface. But it’s fun to be a part of something that you could never get to the end of. That’s a bit how I feel about music: The goal is not to master this thing, the goal is to be a part of it.

I’m enamored with them. I’ve never had one, and I’ve only met a few. But there’s a version of my life where I just need to be around one. This one is a little bit more of a free association: I thought I’d throw something in that’s entirely unexamined and coming from some deep place. I just fantasize about Afghan Hounds being around.

There’s this whole culture of brands having a snarky Twitter, and sometimes it’s funny, sometimes it’s kind of cooked, but this is just right on. If I go on social media and look around, that doesn’t necessarily feel like a cozy place to me, but when I see New Jersey government tweets, I feel a joy and a calmness. It’s just a job well done — that’s not as common as we act like it is. It’s so infectious when someone’s just killing it. Such a part of making records is sort of like, “Why are we doing this? We should only do this if we’re all in, not just to take up space.” The New Jersey government Twitter does not take up space.

He’s an artist, someone I collaborate with a lot, a friend. He might have the best voice in the world. Every once in a while, you’re in the presence of someone who was just dropped on this earth with an ability that nobody else has. That’s not even something that I usually gravitate toward; sometimes I’m more interested in all the messy things that people can put together that make something very beautiful in the end. But if you can ever be in a room and watch him sing, it’s a life-changing experience.

Here’s how I feel about not speaking: I forget to think sometimes, and everything good in my life has come from thinking. The concept of being alone can’t be a catchall for thinking. Everyone’s like, “Spend time alone, get to know yourself,” and, like, what the [expletive] does that mean? Just because you’re alone, it doesn’t mean you’re thinking. I love being in public or around people I know and not speaking, because if you can crest past that feeling of needing to be entertaining or keep some sort of vibe going, you do real thinking when you’re around people but not speaking. Probably part of why I love the city is the ability to be around people and not speak.

He’s our Dylan. It’s amazing when you hear a beautiful [Mountain Goats] song about loss or love, and it makes you think of the person that you lost or loved. That’s magical. But every once in a while, you’ll hear something that pulls at a part of you that you don’t even know where it is, you just know it’s there because it’s being pulled. That’s the highest form of this work, when you’re connecting in a way that is truly beyond words, beyond anecdotes, beyond “this song makes me think of this summer with this person.” It’s just on a whole other plane.