Ivanka Trump managed to get herself out of campaigning for Donald Trump’s 2024 presidential campaign, but she cannot excuse herself from New York Attorney General Letitia James’s ongoing $250 million lawsuit against her, her dad, and brothers Donald Jr. and Eric Trump — but she sure tried.

The four family members are currently required to have a court-appointed retired federal judge watch over their finances because the prosecution team is reportedly concerned that they “may quietly try to relocate assets in anticipation of law enforcement action,” according to a Daily Beast source. Ivanka believed this restriction should not apply to her and she tried to “negotiate a better deal on her own,” apart from her siblings and father.

Justice Arthur F. Engoron wasn’t interested in Ivanka’s offer and all four of the Trumps must “inform the judge 30 days in advance of shifting any assets” while their finances are consistently monitored. While Ivanka’s activities in the Trump Organization are under scrutiny, it is her dad’s fault that her finances are being monitored daily since he threatened to avoid this lawsuit in the first place. The attorney general is taking no chances of the family dodging accountability. So, if Ivanka is trying to steer clear of Donald Trump’s messiness — it’s not working.

Ivanka may try and put her involvement in her dad’s administration behind her, but James is a thorn in her side when it comes to her former role in the Trump Organization. Calling her “a key player in many of the transactions,” the attorney general is ready to hold “her accountable for what she did a decade ago in her pivotal role as a company executive.” Ivanka cannot outrun her father’s legacy because she was involved in it too. The case is expected to go to trial in 2023. 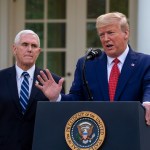