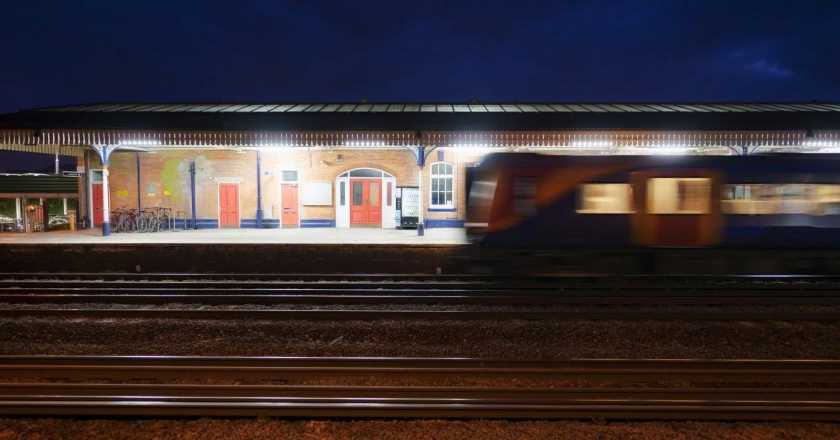 Based on the globally renowned bestselling novel by Louise Doughty, the author of Apple Tree Yard, ITV’s Platform 7 promises to be a gripping tale from start to finish…

From campfire tales to terrifying late-night movie marathons, everybody loves a good ghost story. And now ITV has announced that it’s bringing a ghost story unlike any other to our screens.

Here, then, is what you need to know about upcoming psychological thriller series, Platform 7.

What’s the plot of Platform 7?

This four-episode series – an adaptation of Louise Doughty’s bestselling book of the same name – follows Lisa who witnesses a cataclysmic event on the story’s eponymous railway platform.

The Confessions Of Frannie Langton: we’ve got our first look at ITV’s powerful new period drama

Afterwards, she discovers that her own fragmented memory has been jogged to reveal a connection between her own life and that of the event she has just witnessed. And, yes, you better believe things take a turn for the supernatural before too long…

Who is writing the script for Platform 7?

Platform 7 has been adapted for the small screen by one of the UK’s most accomplished screenwriters, Paula Milne, who is perhaps best known for her work on The Politician’s Wife, Him, White Heat and The Virgin Queen.

Speaking about the tale, Milne says: “This is no traditional ‘spooky’ ghost story.It’s the tale of a ghost on a quest to discover who she was and the events that led to her untimely death.

“Her story is a celebration of indignation versus passivity and truth versus lies.”

Milne adds: “While writing it from Louise Doughty’s astute and emotionally intelligent novel, I began to feel that she’s the ghost in all of us; the unseen part of us when we find ourselves reflecting on the wisdom of our past decisions. Sometimes with regret, occasionally with rancour but more often with the complicated relish of what it means to be human.”

What are people saying about Platform 7?

“It’s edgy, fresh and engaging and is unlike anything we’ve commissioned before, as ITVX gives us the scope to break new ground with drama,” she says.

When can we watch Platform 7?

Production is currently ongoing for Platform 7, with film crews spotted at Leeds’ award-winning Sheesh Mahal in November, and Chapel Allerton’s The Perfumed Garden shop in October.

With this in mind, Platform 7 isn’t likely to hit our screens before 2023. We do know this, however: it is set to be an ITVX premiere, exclusive to ITV’s new free streaming service, and will be available to watch on there months before it is aired on ITV.

Will you be tuning in?