SEATTLE — Shaun Kardinal, 36, doesn’t know where he’d fit another piece of art in his one-bedroom apartment, which is bursting already with more than 100 works.

“Art tends to find the nooks and crannies for things to happen,” he said. Mr. Kardinal’s collection was born of the artistic community he has tapped into since his early days working at a frame shop.

The items he pointed out in a visit to his Seattle home chronicle his 18 years there: There’s a colored-pencil drawing of him and his cat by Troy Gua; a painting by a neighbor of her bathroom, which is identical to his; and several pieces acquired through trades with artists he has befriended over time. Now he is the lead web developer at Civilization, a design studio, and has made a name for himself as a conceptual artist, especially with his embroidered postcards.

These are edited excerpts from our conversation. 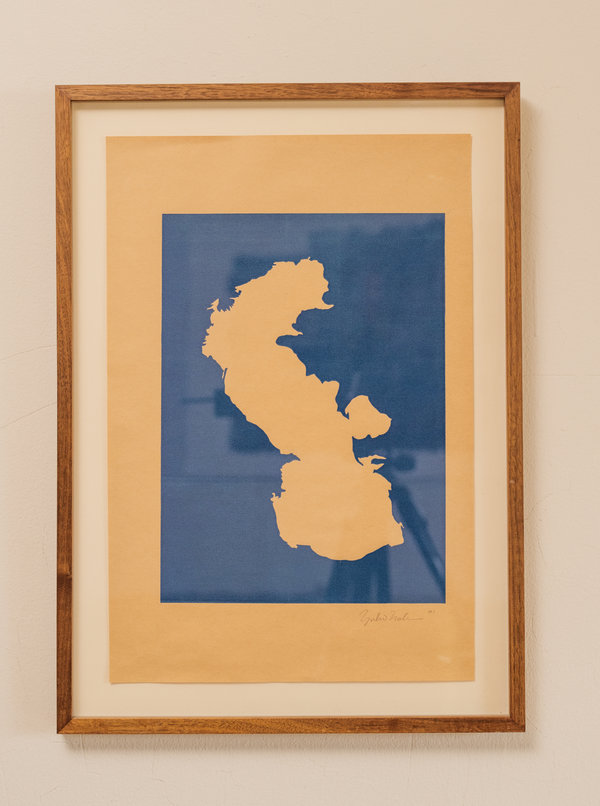 Which was the first piece that made you feel like a collector?

The very first piece I got that I felt was real art was this screen print by Yuki Nakamura. She had had some beautiful large installs at the gallery next to the frame shop, then had a show with cheap prints. I ran and got one for $20.

How have you found quality work on a limited budget?

This portrait, “Attempted Murder,” by Chris Crites, was the first piece I ever got from a gallery with a payment plan. It was only $400 or $500, but I paid it off over three or four months. A bunch of these other works were trades. I was working in that frame shop for about five years, and during that time, I made about 50 websites for artists, galleries and arts organizations. There are probably 20 or 25 pieces in the apartment that are traded, either for a website or for a piece of my own work.

How else has building up an artistic community helped you collect?

Well, this one, for example, “Woman, Woman, Woman,” by Kimberly Trowbridge, I got at her studio sale. She’s a dear friend, and she said to name a price and gave it to me for much less than she could have gotten. I think there’s an element of being involved in the community that pays dividends in that way. People like to give a deal, especially when it’s a friend. This one, called “Want ≠ Need” by Graham Downing, was showing at a friend’s gallery. I ended up getting that when he put it on Facebook saying nobody had picked it up. I commented with a red dot emoji.

So social media has played a big role?

Following artists on Instagram is a great way to keep up. I just got a piece from an auction in Portland. I really wanted a piece by this artist, Joe Rudko. He said on Instagram it was going to be in this auction at Disjecta Contemporary Arts Center, so I wrote and asked if I could do a remote bid. They said, “Let us know your max bid and someone will raise a paddle for you.” Sure enough, I ended up getting it.

What about for people who are not yet part of an arts community? Where do they start?

I feel like there’s a little barrier in there, but there’s always a way to get in. Get a publication like an arts weekly that tells you where to go. Look for neighborhood art walks. Introduce yourself to the artists, ask them questions. Those artists will want to talk about the work. Those galleries will have a payment plan. The opportunities to wind your way down a path toward an affordable piece are absolutely there.

Do you know whether any of the pieces you’ve bought have increased in value?

I don’t think of them as investments. I only get things that I love. I do know that that piece, “Royalties Wanted,” by Anthony White, would probably go for three or four times what I got it for. This kid is skyrocketing. But when I saw it, I just knew I had to have it, and I had to get a payment plan to get it. But what I’d really like to do is make all this a permanent collection. I would love to have all this stuff as a snapshot of a generation that I’ve been here to witness.

01/09/2019 Entertainment Comments Off on In Seattle, Creating Community by Collecting Art and Artists
Recent Posts