Meryl Streep, James Corden and Nicole Kidman go to bat for LGBTQ rights in America’s heartland in the stage-to-screen adaptation of “The Prom.”

Netflix released the first photos from “The Prom” Wednesday while announcing the movie musical’s Dec. 11 premiere. Directed and produced by Ryan Murphy, the film stars Streep as Dee Dee Allen, a vainglorious Broadway star whose career has been inching toward irrelevance.

After her latest show is scorched by critics, Dee Dee heads to Indiana with three out-of-work performers (Corden, Kidman and Andrew Rannells) to rally on behalf of a lesbian teen, Emma (Jo Ellen Pellman), who has been barred from taking her girlfriend, Alyssa (Ariana DeBose), to her high school prom. 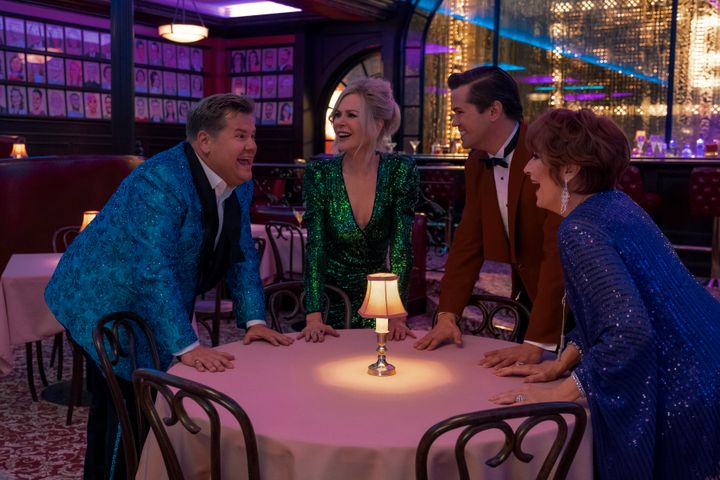 Unbeknownst to Emma, however, Dee Dee’s Midwest plans are rife with ulterior motive. The down-on-her-luck actor hopes the ensuing press coverage will reenergize her career and recast her prima donna image in a charitable light.

Streep praised “The Prom” for having “some of the juju of ‘Mamma Mia!,’” referring to her role in that 2008 ABBA movie musical.

“This is based on a real thing that happened to kids in Indiana, and has a happy ending,” she told The Hollywood Reporter. “Everything we dream of in 2020.” 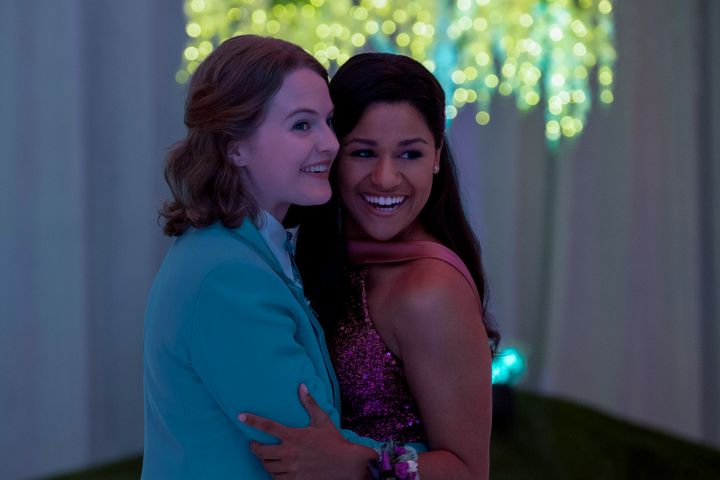 Featuring music by Chad Beguelin and Matthew Sklar, “The Prom” opened on Broadway in 2018 and received six Tony Award nominations. At the time, the musical’s creators said they were inspired by a number of real-life cases in which LGBTQ teens were barred from attending dances and other events with same-sex dates.

In spite of favorable reviews, “The Prom” was met with controversy early on. Just weeks into the show’s run, the cast appeared at the Macy’s Thanksgiving Day Parade to perform the song “It’s Time to Dance,” after which the characters of Emma and Alyssa shared a kiss, as they did in the stage production.

The nationally televised moment was thought to be the first same-sex kiss to be shown at the annual event and, not surprisingly, drew a fair amount of online backlash. 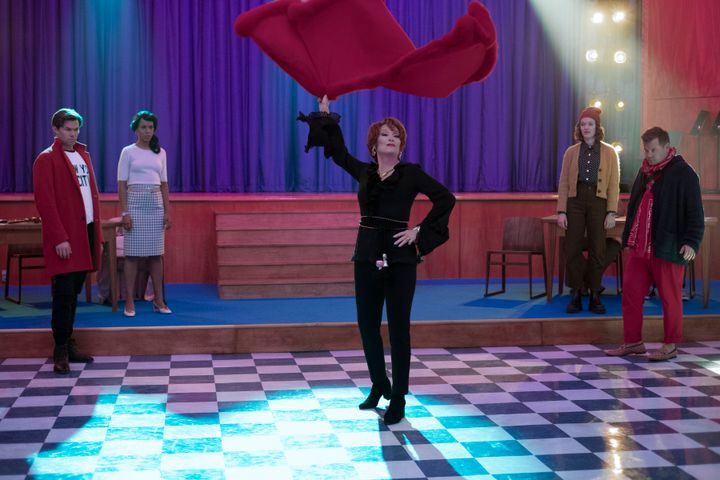 In adapting “The Prom” for Netflix, the Indiana-born Murphy said he drew on his own less-than-pleasant prom experience.

“In high school, I was not allowed to bring my date to the prom,” he told The Hollywood Reporter. “So, that was personal to me. … The reason I loved the movie so much was there was a way for LGBTQ kids to see a pathway toward like, ‘Oh, I can be normal too. I can have a romantic experience just like everybody else.’”

“I love that kids will be able to see this all around the world, who are excluded from that experience,” he added. “Not just at the prom, but in life.” 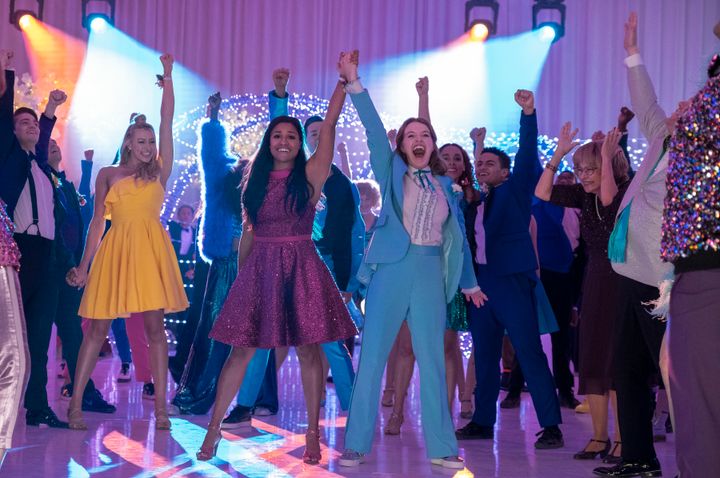 10/08/2020 Entertainment Comments Off on In Netflix’s ‘The Prom,’ Meryl Streep And James Corden Sing Out For LGBTQ Rights
Recent Posts
We and our partners use cookies on this site to improve our service, perform analytics, personalize advertising, measure advertising performance, and remember website preferences.Ok