I’m A Celebrity… Get Me Out Of Here! bosses had Matt Hancock completing his final Bushtucker trial to a remix of Kate Bush’s Running Up That Hill (Deal With God) leaving fans furious.

Before Jill Scott was crowned queen of the jungle, the finalists completed their last gruesome tasks of the series.

Former health secretary Hancock was challenged to take on Flood Your Face, which involved him keeping his head in a tank while it was slowly filled with water, eels, yabbies, spiders, and other critters.

As he desperately tried to win stars so that he could enjoy a lavish three-course meal, a revised version of the beloved 80s ballad played out, and it didn’t go unnoticed by viewers.

Stranger Things fans were especially quick to pick up on the song choice given that the 1985 hit exploded in popularity earlier this year after being featured in a critical moment of season four when Sadie Sink’s character Max faces Vecna in a sinister trance. 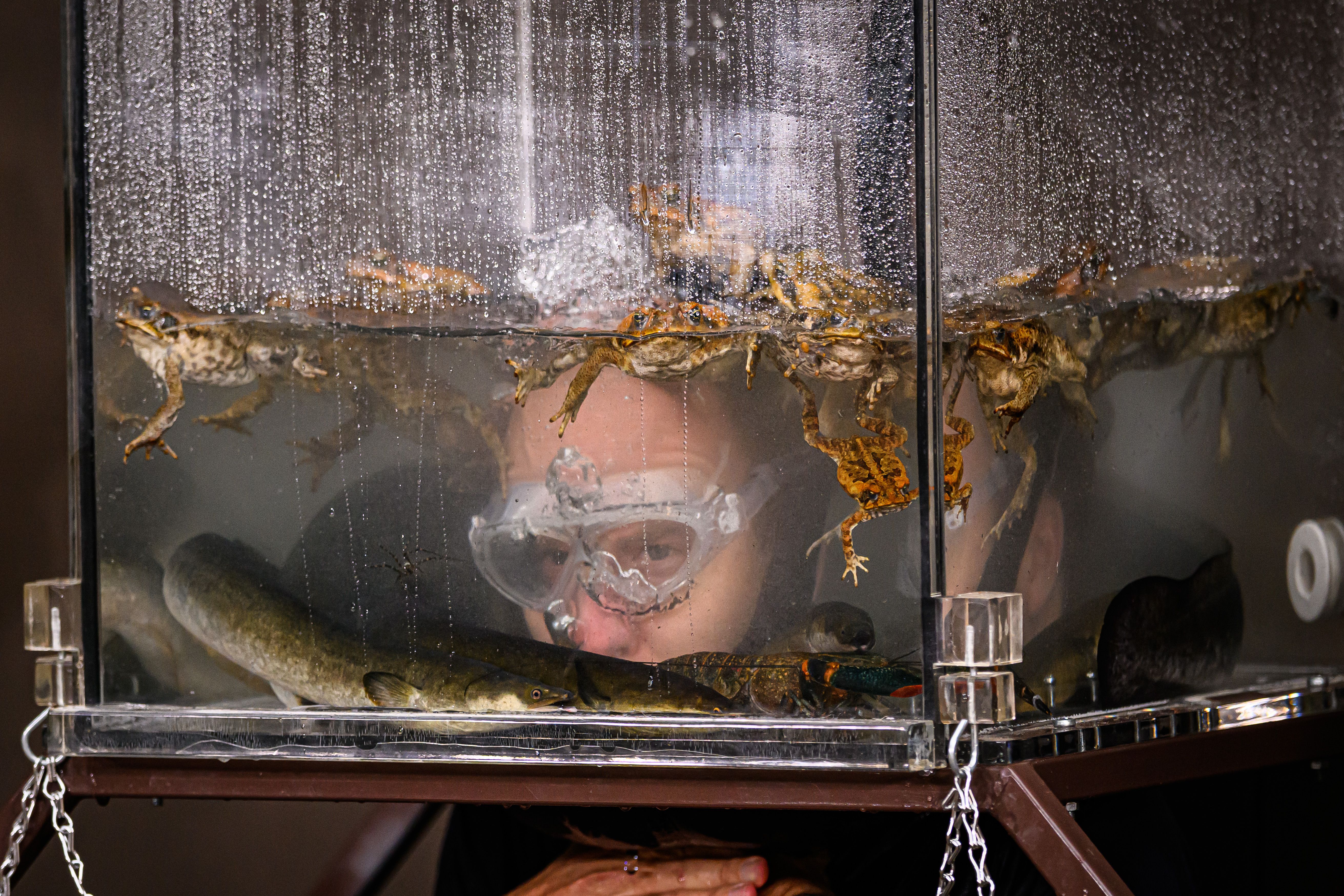 But many were unimpressed by the music and blasted the decision on social media.

‘Ew don’t play Running Up That Hill anywhere near Matt Hancock please. He doesn’t deserve it in any way, shape, or form,’ scathed one.

‘Dunno if Kate Bush would have been thrilled to hear running up that hill during a clip of Matt Hancock doing a Bushtucker trial,’ another remarked.

Ew donât play Running Up That Hill anywhere near Matt Hancock please. He doesnât deserve it in any way, shape or form. #imaceleb #ImACelebrity

Why are they playing running up that hill? That’s my girl Max’s song, not Matt’s #ImACeleb pic.twitter.com/TTXDy9ZmyQ

No no no! Matt Hancock does not deserve Running Up That Hill to be playing during his trial #ImACeleb pic.twitter.com/SSNa7oivO0

Running Up That Hill has been used in both the best and worst moments of TV this year. #ImACeleb

Others insisted that the song belonged to Stranger Things character Max.

Fans of the show will remember the gripping scenes involving the youngster, who begins to levitate as Steve Harrington, (Joe Keery) Lucas Sinclair (Caleb McLaughlin) and Dustin Henderson (Gaten Matarazzo) desperately try to wake her up.

After Dustin calls Robin Buckley (Maya Hawke) for help, she tells Dustin to play Max’s favourite song to help snap her out of the nightmare.

The song? You guessed it… Running Up That Hill.

Singer Kate was estimated to have raked in $2.3million (£1.9m) in streaming royalties after after legions of fans began listening to the song following the series.

‘I feel deeply honoured that the song was chosen to become a part of their roller coaster journey,’ she wrote in a blog post.

‘We hope you understand that we want to honour the energy that’s being generated by the audiences right now. An energy that feels very special, unique and quite frankly, bloody moving.’

I’m A Celebrity… Get Me Out Of Here! is available to stream on catch-up on ITV Hub.