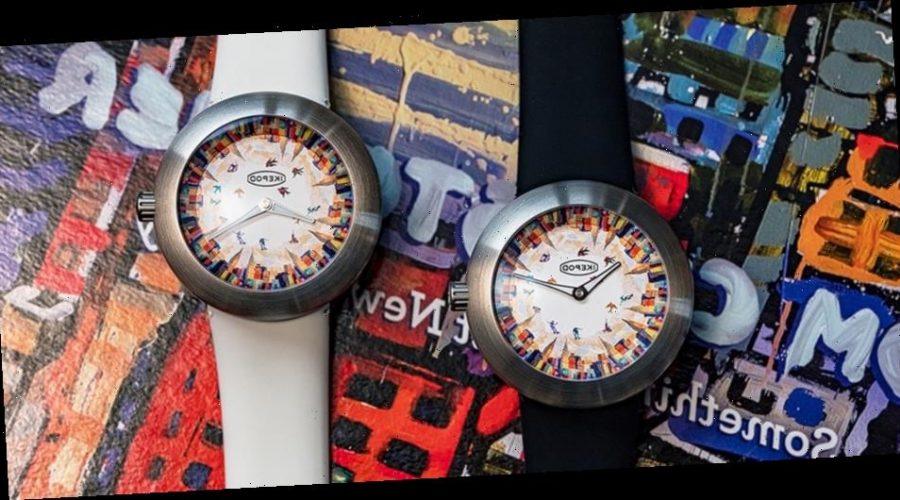 New York artist Tom Christopher has called on his expertise in ‘street anthropology and urban geometry’ in creating the dial of a new limited-edition Ikepod.

The Megapod MTC1 Skaters in the Sky captures New York‘s iconic skyline as seen from the ground, with its skyscrapers forming hour markers around the perimeter of the dial while skaters and birds mix in the sky, which forms its center.

Just 200 pieces will be made, with the first batch of 50 being produced this year.

Ikepod was originally founded in 1994 by Oliver Ike and Marc Newson, who created the watch’s iconic case shape. After Ike and Newson left the business it was acquired by three investors and relaunched by new CEO Christian-Louis Col in 2017 with a collection designed by Emmanuel Gueit, the designer of Audemars Piguet’s famous Royal Oak Offshore.

Inside the round 46mm stainless steel case and sapphire crystal is an automatic Japanese Miyota movement while the watch is supplied on a black silicone strap.