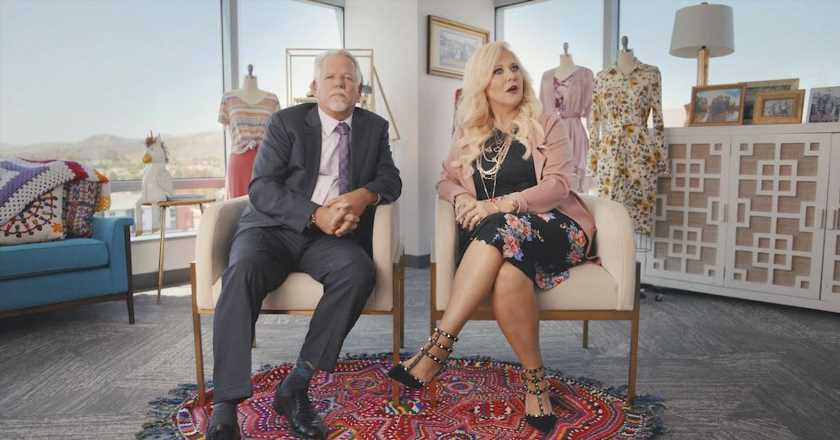 This new investigative docu series from the makers of Fyre Fraud delves into the murky world of multi-level marketing schemes that can make – or lose – people millions is coming to Amazon Prime.

They claimed to create “freedom through fashion,” but the pursuit of “the LuLaRoe life” plunged thousands of millennial women into crippling debt.

As Variety reports, the explosive growth of the American clothing company, which began as a multi-level marketing scam in which people (mostly women) sold leggings to one another, while also signing up new retailers to be beneath them in the pyramid, has played out mostly on Facebook.

The series features former retailers and LulaRoe staffers as talking heads, who’ve tried to dig themselves out from their ruined lives. “I had achieved the dream, I was selling magic leggings,” one ex-LuLaRoe distributor tells the camera. To everyone watching, it may well have looked like it, but in reality “women were selling breast milk so that they could afford start-up costs.”

Best documentaries about women, from RBG to Honeyland

As the trailer details, much of LulaRoe’s success was built upon the “cheap language of feminism” – inspired legions of women, often stay at home mothers, to elevate themselves into ‘girl-bosses’ and ‘boss-babes’. “We were empowered, but then the husband was supposed to take over,” a distributor tells the camera.

“It’s the definition of a pyramid scheme,” says another.

Incredibly, LuLaRoe’s co-founders DeAnne and Mark Stidham also sat down for an interview with the filmmakers, and try to talk their way out of what they’ve done.

They claim that they started the business because they “wanted to see women succeed,” an intention that was seemingly lucrative. As the trailer reveals, in just 14 months the business experienced $2 billion worth of growth. But now, as more stories of cult-like behaviour, “mass delusion” and dozens of lawsuits come to light the series seeks to shine a light on the harmful myths of wealth and independence often created by these pyramid schemes.

From podcasts to documentaries, why are we all so obsessed with true crime?

“We believe everyone is beautiful, unique, and powerful; and that through these attributes, one can live with purpose and gratitude,” LuLaRoe’s website currently claims. But, as the trailer reveals, in contrast to the private jets and personalised number plates the founders and high-level sellers were encouraged to parade on social media, there were also hundreds of women losing their houses.

Co-directors and executive producers Nason and Furst told Variety: “LuLaRich is a modern comedy of errors with important social commentary. We knew from day one that the world needed another look at this wacky MLM-turned-dumpster-fire, and think this could be the birth of a whole new doc genre… True-Comedy.”

If LuLaRich is anything to go by, we may have a new favourite genre.

Watch the trailer for LuLaRich here:

LuLaRich will arrive on Amazon Prime on 10 September.

08/20/2021 Entertainment Comments Off on If you were obsessed with Fyre Fest, just wait for Amazon Prime’s latest scam documentary
Recent Posts