After a wave of anti-Asian discrimination, the artist Amanda Phingbodhipakkiya wanted to “turn these hurts into something beautiful.” Her panels will transform a Brooklyn subway station. 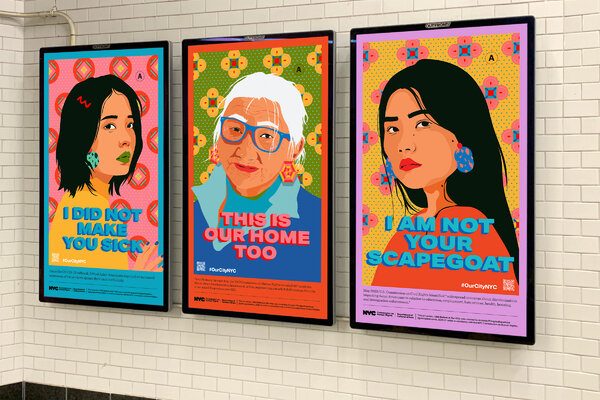 On Tuesday, New Yorkers commuting through the Atlantic Avenue-Barclays Center subway station will find it transformed with vibrant portraits of Black, Asian and Pacific Islander people along with anti-discriminatory messages like “I did not make you sick” and “I am not your scapegoat.”

The series is the work of the neuroscientist turned artist Amanda Phingbodhipakkiya (pronounced PING-bodee-pak-ee-ah), the New York City Public Artist in Residence with the City’s Commission on Human Rights, who created the pieces as a response to a grim statistic. From February to September, the Commission received more than 566 reports of discrimination, harassment and bias related to Covid-19 — 184 of which were anti-Asian in nature. It’s a troubling spike not just appearing in New York, but in Asian-American communities across the country.

“My goal with this art series was to turn these hurts into something beautiful and powerful,” Ms. Phingbodhipakkiya said in a phone interview. She added, “I really wanted to find a way to say, despite everything we have faced as Asian-Americans and New Yorkers, that I still believe in New York.”

From Nov. 3 to Dec. 2, the series of 45 pieces will be displayed in the Atlantic Terminal in Brooklyn, a central hub that serves a diverse group of commuting New Yorkers. Ms. Phingbodhipakkiya said that it was also the site of a reported, Covid-related bias incident in March, when a 26-year-old Asian-American man reported he was spat on.

A description of that incident has been included in one of the pieces, alongside portraits of Asians and flowers that Ms. Phingbodhipakkiya said have symbolic meanings in Chinese and East Asian cultures. Other panels offer information and historical context about the Chinese Exclusion Act of 1882 and statistics about Asian-owned businesses. 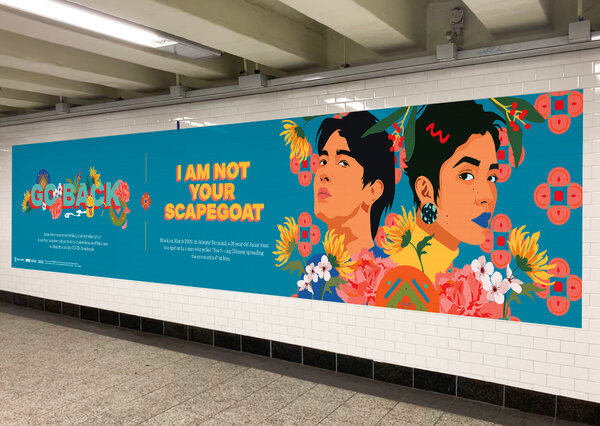 The series also features portraits of Black people as a sign of solidarity with the Black Lives Matter movement and as a larger call to end institutional racism.

“As you traverse the terminal and look upon Asian and Black faces, full of defiance and strength, and learn about the injustices that we’ve faced,” Ms. Phingbodhipakkiya said, “you can’t help but see us and you can’t help but feel that we are reclaiming space.”

For Ms. Phingbodhipakkiya, whose parents are Thai and Indonesian, the series is personal. Growing up in Georgia before moving to New York 14 years ago, she said she and her family experienced anti-Asian bias firsthand. Through this series, she wanted to amplify those experiences, and those of others in her community, which oftentimes go unnoticed.

“My art has always been about making the invisible visible,” she said. “I’ve explored everything from microscopic universes to outer space and things that just can’t be seen with the naked eye. And I think struggles of communities of color are often invisible.”

After a monthlong display in Atlantic Terminal, art from the series will appear around various points of the city in bus shelters, LinkNYC kiosks and Department of Transportation display cases. There are also plans for a hand-painted mural to appear in the city, with the exact location yet to be announced.

11/02/2020 Entertainment Comments Off on ‘I Still Believe in Our City’: A Public Art Series Takes On Racism
Recent Posts