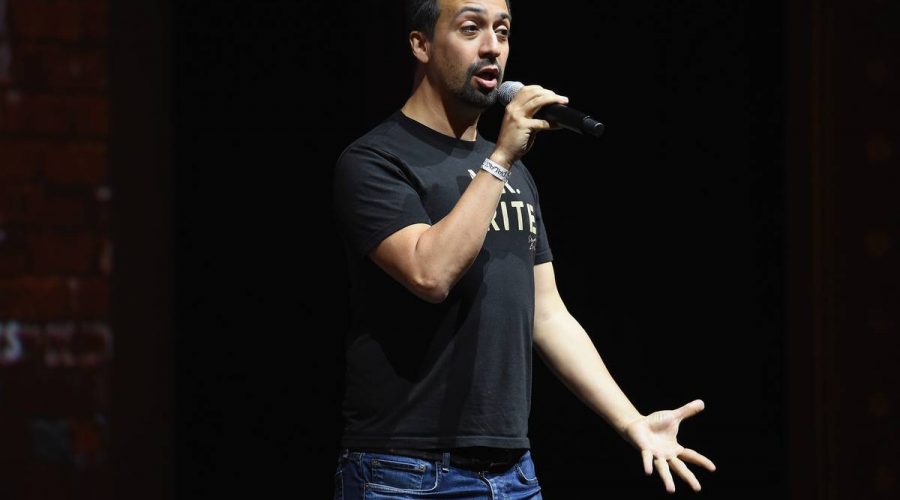 Sorry, as Elton John so rightly observed, seems to be the hardest word. But when he dispensed that shaft of gnomic wisdom, Sir Elt had not foreseen the age of the Hollywood social-media apology – in which sorry is not a single word but, ideally, a lengthy personal statement setting out not only the fact of one’s contrition but seeking to evince a detailed understanding of the nature of the offence, conveying a humble and limitless gratitude for the teachable moment of being chastised, and an earnest pledge to “do better”.

A shining example has just come from that fine playwright and performer Lin-Manuel Miranda. His latest production is a movie version of his stage musical In the Heights, set in New York’s Latino community. Even though the declared inspiration for the story was to give Latin Americans more mainstream representation, Miranda found himself accused of “colorism”: relegating darker-skinned Afro-Latinos to the chorus-line while lead roles were taken by lighter-skinned actors.

His response was graceful and earnest, but it also followed a prescribed pattern. Note how, linguistically, the apology adopted a very specific formal language – “I can hear … I hear”; “I’m learning”, “I’m listening”, “learning and evolving”, “vibrant and diverse”, a burst of all-caps in “ALL of us”, and, of course, “do better” – and how twice he actively thanked his social-media detractors for their “feedback”.

The more hysterical culture-warriors on the Right are wrong to see “wokeism” as a Maoist plot; but it’s also true to say that the very public nature of the social media howl-round has created shades here of the old Marxist-Leninist practice of “criticism and self-criticism” – the “struggle session” in which those who deviate from the party line are expected to give a full and detailed accounting of their ideological failings in front of an audience of denouncers. The same psychosocial mechanisms – public humiliation, detailed confession, public repentance in a shared vocabulary, and contrite readmission to the tribe of the elect – are at work.

This one even caused an apology domino-effect. The actor Rita Moreno found herself being monstered on Twitter after she’d sought to defend Miranda on a TV chat-show. Less than 48 hours later she issued her own apology: “I’m incredibly disappointed with myself … I was clearly dismissive of black lives that matter in our Latin community. Let me … resolve to be more inclusive of the Afro-Latino community going forward. See, you CAN teach this old dog new tricks.” She didn’t use the phrase “do better”, but she managed some all-caps and she conveyed its meaning.

Lena Dunham – who is so prolific an apologiser that there exists a joke Twitter account called Lena Dunham Apologises – followed the same form in her apology for doubting Aurora Perrineau’s claims of sexual assault by an executive producer on Dunham’s show. This one came not, as apologies used to, in a private conversation but in a 1400-word open letter in The Hollywood Reporter.

Calling her initial scepticism “inexcusable”, she said: “My job now is to excavate that part of myself and to create a new cavern inside me where a candle stays lit, always safely lit, and illuminates the wall behind it where these words are written: I see you, Aurora. I hear you, Aurora. I believe you, Aurora.” And again, a dominant note was gratitude. She commended Perrineau and her mother for their “love, forgiveness and bravery” and announced that what she called her “greatest regret” would become her “greatest moment of evolution and education”.

It makes you a little wistful for the pre-social media days, when Hollywood apologies were short, sharp and cant-free. Here’s Hugh Grant on his brush with Divine Brown: “The thing is … people give me tons of … ideas on this one. I keep reading new, you know, psychological theories and stuff like that … that I was under pressure, or I was overtired, or I was lonely, or I fell down the stairs when I was a child, or whatever. But I … I think … that would be bollocks to hide behind something like that. I think you know in life pretty much what’s a good thing to do and what’s a bad thing, and … I did a bad thing. There you have it.”

And remember Oliver Stone, who managed to offend a whole nation with his portrait of a barbaric Turkish prison in 1978’s Midnight Express? As the tough-guy film-maker admitted, his movie caused so much offence that he was terrified to set foot in Turkey after it came out – and he only travelled there in 2004 when the Ministry of Culture gave undertakings to guarantee his safety. “It’s true I overdramatised the script,” he conceded to local reporters on arrival. He did not, we notice, undertake to “do better”.

And even as we might deplore the offence – in this case, making homophobic remarks in an interview – we can admire the robustness of Mel Gibson’s response to calls for an apology in the early 1990s: “I’ll apologise when Hell freezes over. They can f*** off.” Gibson is evidently a student of PG Wodehouse, who counselled: “It is a good rule in life never to apologise. The right sort of people do not want apologies, and the wrong sort take a mean advantage of them.”

The days in which you could get away with that attitude are long gone. When the self-styled punk beer-maker BrewDog was walloped on social media with an open letter from former employees alleging a culture of bullying and fear, the CEO’s statement announced that the company was “committed to doing better”, would “reach out” to staff to “learn more”. There was “hearing” going on and also, of course, gratitude: “It’s hard to hear those comments, but it must have been harder to say them. We appreciate that and we will endeavour to honour that effort and courage with the real change it deserves.”

When the style of the Hollywood Apology is co-opted by corporate PR departments, you know it’s entered the mainstream.

06/21/2021 Entertainment Comments Off on ‘I must do better’: the strange art of the grovelling Hollywood apology
Recent Posts