Hulu’s highly anticipated Little Fires Everywhere tells the story of the two mothers, played by Kerry Washington and Reese Witherspoon, who find themselves at odds as their lives become increasingly intertwined in Ohio, and as that unfolds, showrunner Liz Tigelaar told BuzzFeed News she hopes viewers are inspired to consider different perspectives from their own.

“I think that when you watch the show, and I felt this way reading the book, you make snap judgments, or you have gut reactions just based on your own life and experience,” Tigelaar said. “You make snap judgments based on your own lived experience. But what I hope the show will do is it will start to make you look at your own gut reactions and have to dissect them and critically think about them a little more because that’s what we really spent five months doing in the writers room, and then of course on set.”

The show, which debuts March 18, stars Washington as Mia Warren and Witherspoon as Elena Richardson. Their children and families grow closer while Mia and Elena are on opposite ends of a town-wide drama, interrogating a number of themes, including class, race, and motherhood.

The upcoming Hulu series is adapted from the 2019 novel, written by Celeste Ng. At a press event in Los Angeles on Wednesday, Ng said she was moved to write Little Fires Everywhere based on her time growing up in the same Ohio suburb. Ng also said that she set Little Fires Everywhere in the ’90s because she thought it was an era when “we kind of thought as a country we got it together.” But this false sense of optimism reveals itself through the characters who aren’t necessarily perfect and “don’t have everything together” in their personal lives, she said. 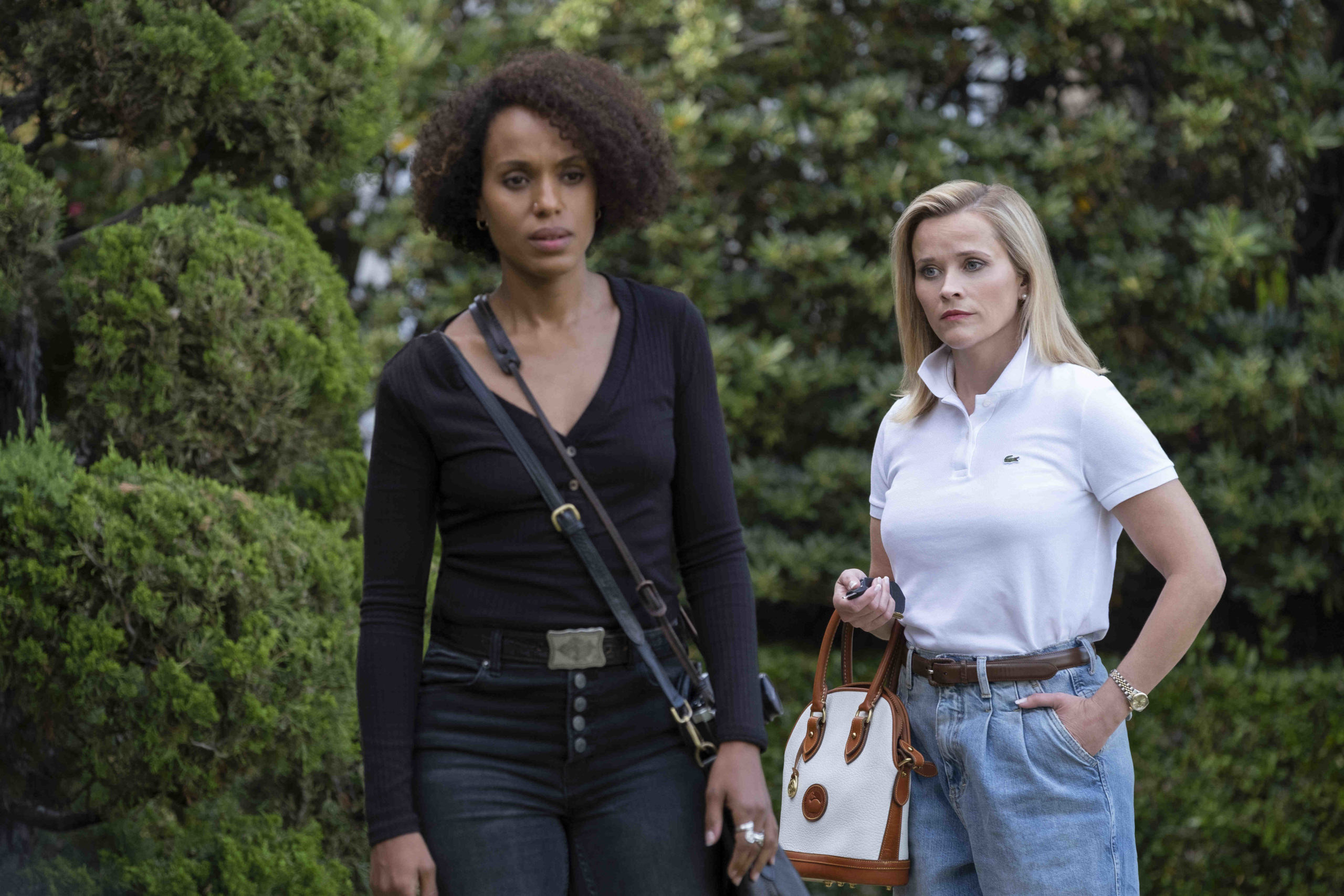 “It was pre-9/11, it was pre-internet, it was pre–a lot of things. We were in a different mindset,” Ng said. “And it was also in an era in which you express your racial awareness by saying, ‘I don’t see race.’”

The author said that since she published the novel in 2019, the ’90s are far enough removed that readers and viewers can look back on that era with a different perspective.

“I think a lot of times when you’re creating art, if you put something that is too close to the present moment, it’s really hard for people to see that. But if you set it a little bit farther back, the characters will say something like, ‘Oh, you know, but I don’t really see race,’ and you kind of cringe at that, and you can do that because there’s that space between you and the characters. And that forces you then as the viewer to go, How much have we actually changed?”

Ng said she visited the writers room while Little Fires Everywhere was being adapted and that the show carries on the same legacy of the book: encouraging people to acknowledge their privilege and alternative perspectives outside of their own life experiences.

Related posts:
02/20/2020 Entertainment Comments Off on Hulu’s “Little Fires Everywhere” Aims To Inspire Viewers To Consider Their Own Blind Spots
Recent Posts
We and our partners use cookies on this site to improve our service, perform analytics, personalize advertising, measure advertising performance, and remember website preferences.Ok