What would you like to see here? Email us at [email protected]

Hello! Welcome to your daily roundup of what’s going on in pop culture.

Awkwafina is getting her own half-hour Comedy Central show! Since she was the best part of “Ocean’s 8” and “Crazy Rich Asians,” this is very good news. As is the fact the show is called, simply, “Awkwafina.”

1. Taking ‘Showman’ on the road

“The Greatest Showman” is the critically panned fan-favorite movie that just chugs on. (When we asked readers why they loved the movie, we got over 1,200 responses.) Now Hugh Jackman is taking the show on the road, or at least some of it: He’ll be singing songs from the record-breaking “Showman” soundtrack as well as from “Les Misérables” on a world tour next year. Prepare yourself.

Grimes has released a new song called “We Appreciate Power.” That power appears to belong to “A.I. overlords,” and the video has Grimes and her fellow musician Hana rotating through space in catsuits, wielding blasters and crossbows. No word on whether the video’s spaceship belonged to Elon Musk.

3. The metamorphosis of Offset 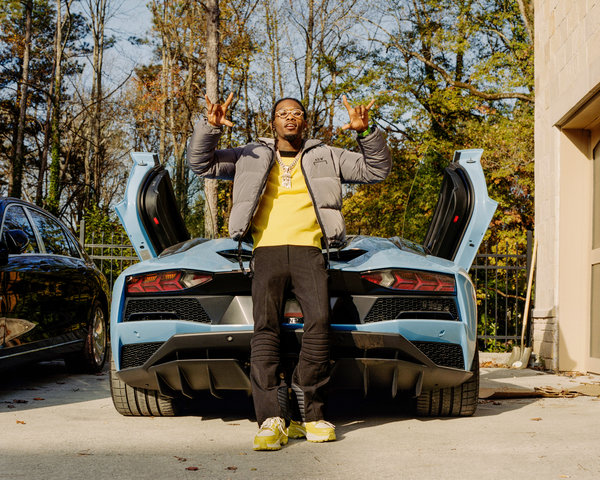 “I was a young hothead, but now I understand the value of life,” Offset tells Joe Coscarelli in this wide-ranging interview. The member of rap trio Migos — and husband of Cardi B — had a serious car accident earlier this year, is about to release a solo album and has ongoing legal troubles. There’s a lot going on.

4. Why the Oscars matter

Awards season is starting, baby. If that thought makes you roll your eyes or shrug your shoulders, might I suggest this piece by our new Carpetbagger columnist, Kyle Buchanan? No novice to the Oscars beat, Buchanan breaks down why the awards show is so frustrating, but still deserves attention.

5. Wait, what happened in ‘Fantastic Beasts’?

I’ll leave you with a mascot dance-off