There are few games that have the longevity and cross over appeal of The Sims. Since it first launched in 2000 — 11 years after its universe began with Sim City — the franchise is estimated to have sold more than 200 million copies, while The Sims 4 broke records earlier this year as it recorded 33 million players.

In that time, The Sims has expanded both on screen and off screen. Last year, the game was turned into a reality television series titled The Sims Spark’d, testing the creativity of its players, while expansion packs have shown the game evolving alongside real world conversations. This included last year’s “Eco Lifestyle” pack allowing the characters to live sustainably, as well as a Pride pack created in partnership with It Gets Better that introduced gender neutral bathroom signs, pride flags and more.

For its latest expansion pack, The Sims has turned its focus to “Modern Menswear.” To create the digital capsule for characters in the game, The Sims team recruited rising the London-based label Stefan Cooke to launch 23 pieces, all of which are “Simified” versions of much-loved pieces from the label’s previous collections. 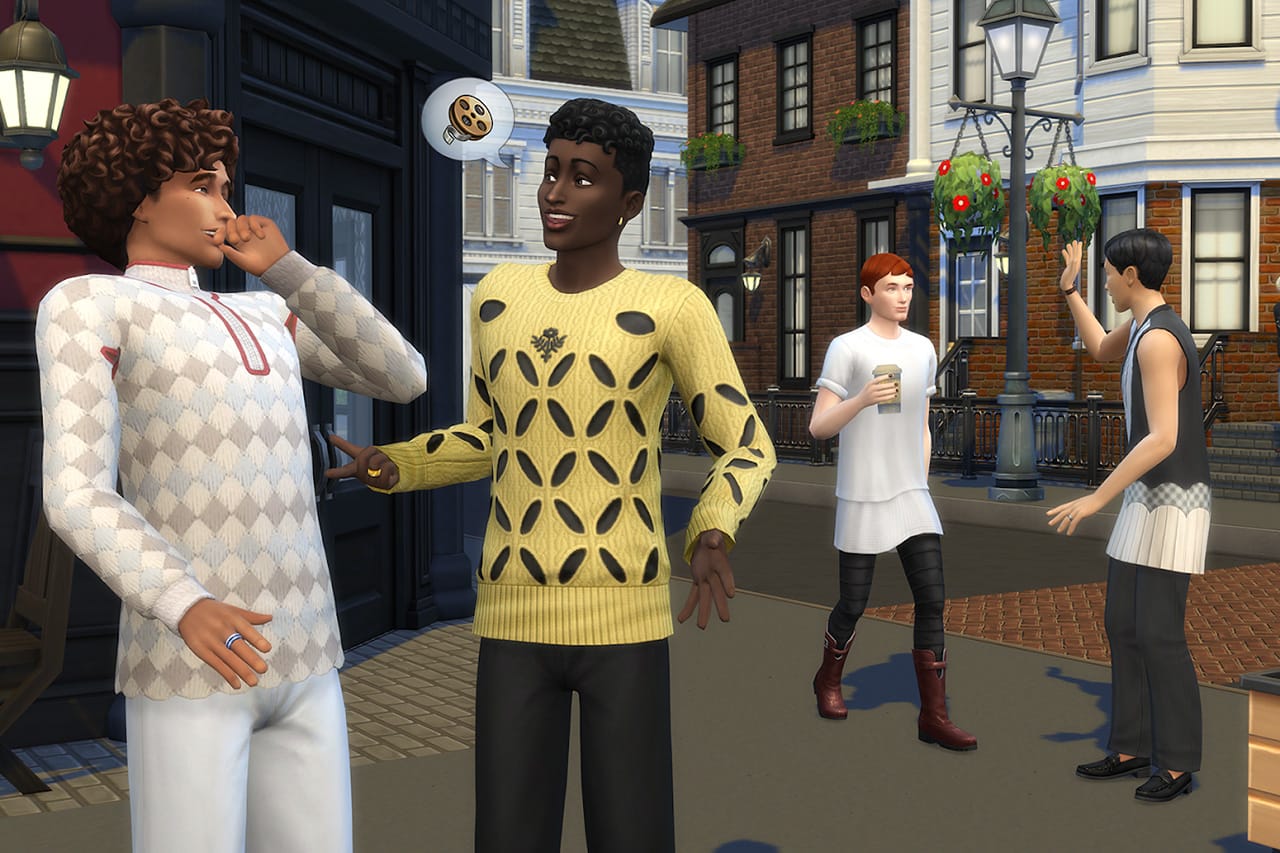 “Everyone you speak to has at some point in their lives played The Sims,” explains Stefan Cooke, co-founder of his namesake label. “It’s an institution, it’s part of the cultural history of growing up.” The creation of the pack came in response to demand from The Sims players, who felt like this modern menswear was underrepresented in the options for dressing characters. “The thing with The Sims, and one of the reasons that it’s lasted so long, is that it listens to its players,” continues Cooke. “It’s about making sure that there are enough options of everything.”

After the brand was approached to take part, the team began researching the game and the packs that had come before it. “During the project I’ve been looking into “Simmers” on YouTube and seeing how they talk about things,” says Jake Burt, Stefan Cooke co-founder and director. “They’re so harsh, things have to be perfect. There’s a real critique there, which I like. A lot of the time it’s about quality. We were very aware that loads of people playing The Sims had never heard of Stefan Cooke before —we’re a very small, slightly esoteric brand in the fashion world — but if they recognise the quality and the care we’ve put into the work, then they’ll gravitate towards us. That’s what Sims players already do.”

“Everyone you speak to has at some point in their lives played The Sims. It’s an institution, it’s part of the cultural history of growing up.”

“One of the things I’m really excited about is looking at the reaction of The Sims players who don’t know about Stefan Cooke and what their reaction is to us coming into their world and offering something to them,” Burt continues. “I really hope that they appreciate the amount of time and effort that we put into making sure the clothes were represented really well in the game, because I’m really proud of The Sims team and our effort.”

The process of creating the “Modern Menswear” collection allowed Cooke and Burt to look into their archives, before choosing the pieces to recreate in the game. The pack itself features some signature Stefan Cooke pieces and motifs, most noticeably its “Slashed” knitwear items, as well as some more surprising choices. One of the standout pieces is the Varsity Coat With Skirt, which sees a classic varsity jacket construction combined with a pleated mini skirt.

“We tried to instinctively go for the pieces we care about the most, because they’re going to be the ones we want to work on,” Burt says. “But it was only show pieces, and so The Sims team said we should offer joggers, because players might not be comfortable with the varsity dress, they’re going to need to start with joggers and work their way up. I learnt to understand that, and I think it adds a really human element to the game and one that we’ve connected with quite a lot.”1 of 3 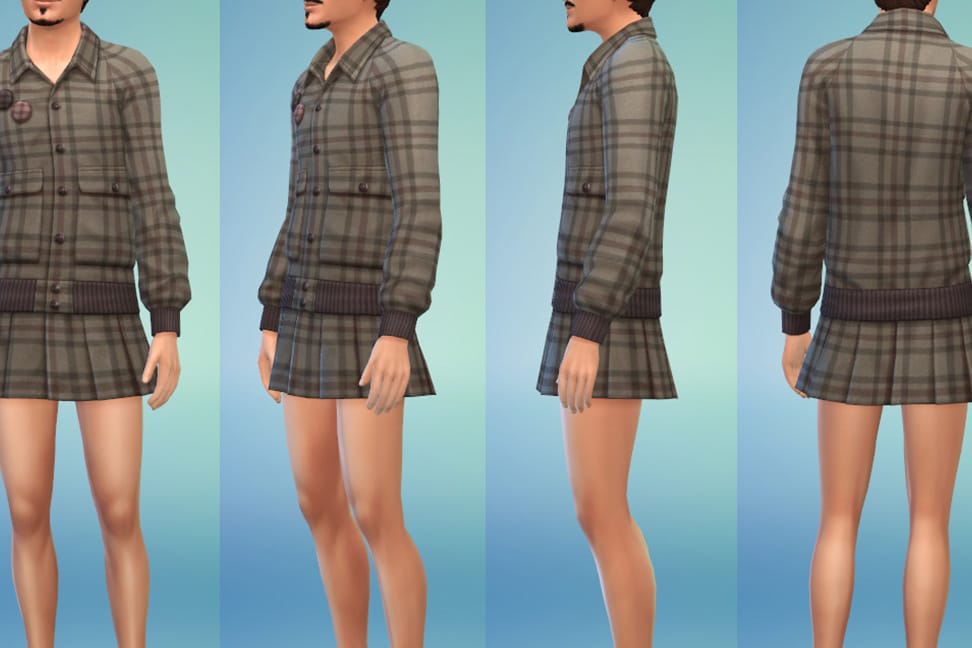 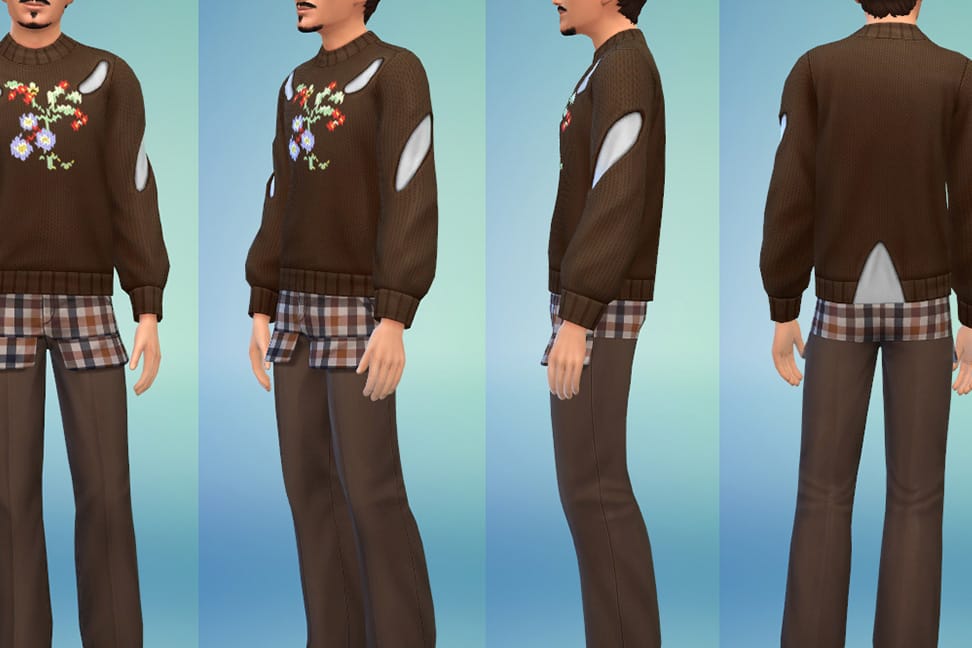 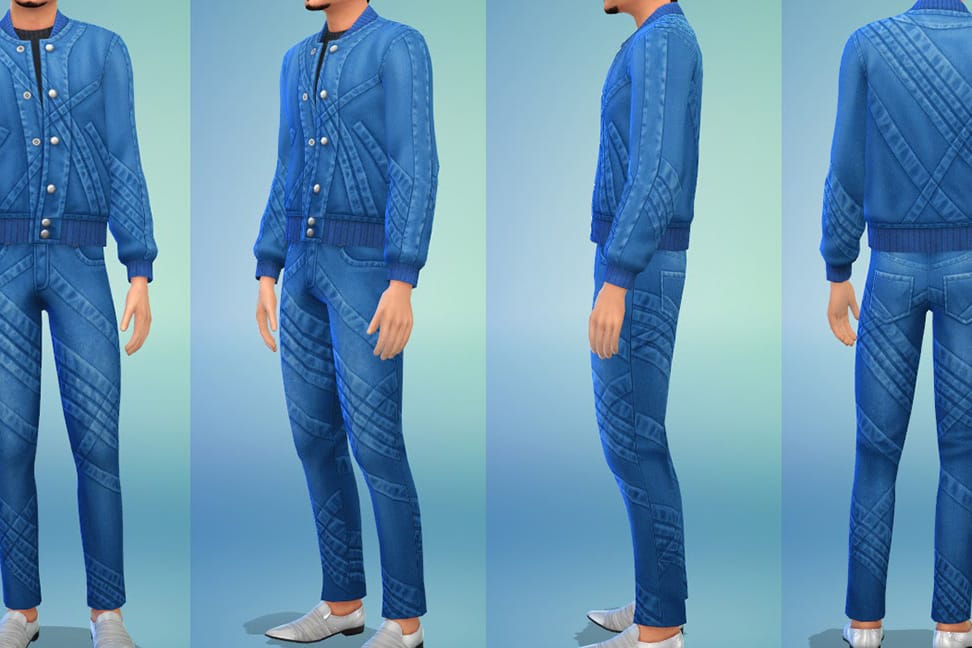 The balance between design and wearability in the digital world replicated conversations that all designers have in the real world, although working with The Sims also posed another potential challenge to this balance. “We’re a small company going into a huge company,” Cooke says. “So we wanted to have pieces that were very classically us, and people would be able to recognize if they were coming from a fashion point of view. But also within the game there are already loads of options for clothes, so you need to make sure it stands out. People need to spend money to buy it, so it needs to be enough of a thing.”

After the long process of researching and producing the “Modern Menswear” pack alongside the team from The Sims, both Burt and Cooke are eager to see how it is received by the game’s vocal community. “I wonder if people will wear a full look from the Stefan Cooke, or maybe they’ll just want that one leather jacket and it’ll go into their life that way,” Cooke says. “In that way, it’s the same as physical clothes.”
Source: Read Full Article