No matter how much free time you have this weekend, we have TV recommendations for you. Come back every Friday for new suggestions on what to watch.

This Weekend I Have … 25 Minutes and a Curious Kid

‘Brainchild’
When to watch: Now, on Netflix.

Think “Radiolab” meets “Mythbusters” for young viewers. “Brainchild” is an earnest science series hosted by Sahana Srinivasan that unpacks big topics like germs and the ocean with a fun and simple style that is still informative for adults. The show is geared toward tweens, but it also has plenty of appeal for younger viewers; if you’re watching with little kids, skip the first episode, which is about social media, and move on to the juicer ones about dreams or space.

… a Few Hours, and I Was Busy This Spring 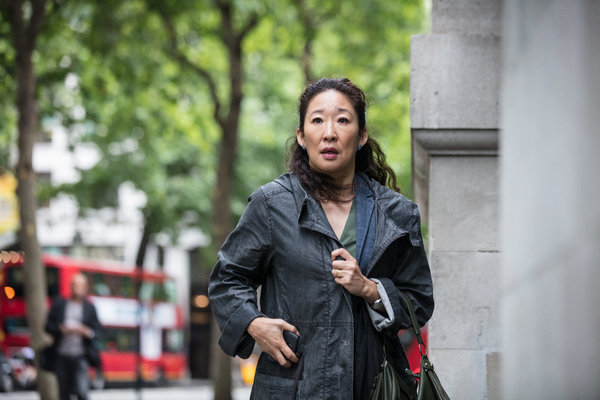 ‘Killing Eve’
When to watch: Starting Saturday, on Hulu.

Everyone’s favorite fashionable assassin show from earlier this year is finally streaming. Sandra Oh crushes it in this cat-and-mouse drama as Eve Polastri, an MI5 officer tracking a young female killer-for-hire across Europe. Even though the show is quite violent and deals with, you know, a lot of murders, it isn’t bleak or depressing or even particularly sad. It’s fun and sometimes funny, with characters who have a genuine sense of humor. If you want something smart and serious but not miserable, watch this.

… 10 Hours, and I Remember High School

‘America to Me’
When to watch: Now, on Starz.

This 10-part documentary about a high school just outside Chicago is riveting and poignant and frustrating and intimate. It follows a handful of students and teachers, including the superstar English teacher Jess Stovall, who are trying to address the systemic racism at their ostensibly integrated, progressive school — where even acknowledging race can be a touchy subject for some white people. I watched all 10 episodes in a row and would have watched 20 more. (Starz offers a free one-week trial, also available with its Amazon Prime Video channel.)

11/30/2018 Entertainment Comments Off on How Much Watching Time Do You Have This Weekend?
Recent Posts