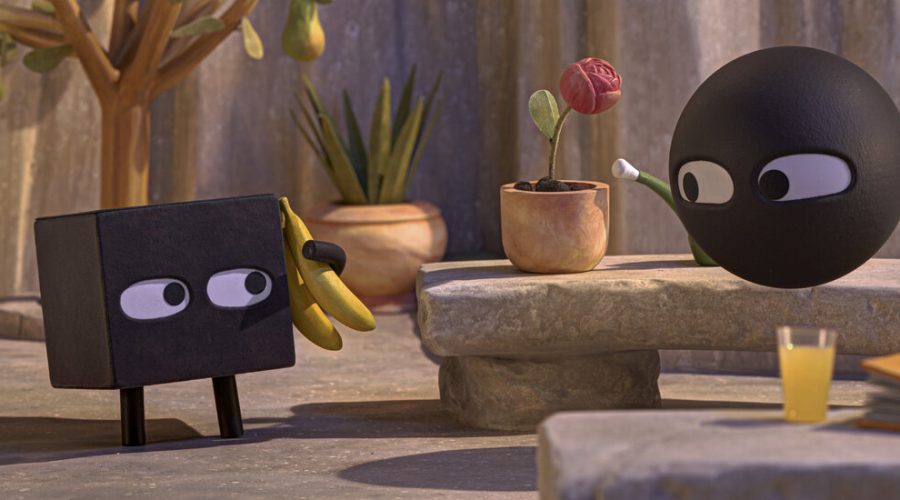 Our critic recommends checking out a charming children’s show about shapes and a noodle documentary. Or is it time to try “The Righteous Gemstones”?

This weekend I have … a half-hour and a toddler.

‘Shape Island’
When to watch: Arrives Friday, on Apple TV+.

If you’re maxed out on sensory-overload children’s programming, try this gentle and restrained series based on the Shapes Trilogy of books, by Mac Barnett and Jon Klassen. Circle, Triangle and Square are close friends with different approaches to the world, and they learn various ways to delight in and accommodate one another. The show’s sense of warmth extends beyond its attitude to its enchanting design; its sun-dappled beaches and glowing forest groves could bring Instagram to its knees, and Square could give an Architectural Digest tour of his Scandi-Bohemian minimalist kitchen. All eight episodes drop at once, and each includes two stories.

… a few hours, and I love the sound of boiling liquids.

‘My Wiggly Friend’
When to watch: Now, on Netflix.

This five-part series (in Mandarin, with subtitles) explores the humble rice noodle in its various forms across China. Each episode spotlights three establishments — usually small restaurants or food-market stalls that offer distinctive local specialties. Though the show does not dwell on it, the background energy of “Wiggly” is the family dynamics at play: the daughter who moves back to a small town to take over her mother’s mutton-soup truck stop, the husband-and-wife team who worry that no one will want to buy their more old-fashioned setup, the brothers who communicate largely through their noodle cart. If you can’t get enough of shows like this, there’s also “The Hot Life,” which is about hot pot.

… several hours, and I want something over-the-top.

‘The Righteous Gemstones’
When to watch: Now, on HBO Max.

If you’ve been watching a lot of tender auteur comedies recently and are craving a more extravagant experience, go forth into the land of abundance that is “The Righteous Gemstones” — a more-more-more show if ever there were one. John Goodman stars as Eli Gemstone, the patriarch of a televangelist megachurch empire whose dingus children vie for his approval. Think inside-out “Succession,” with glorious faux hymns. Everything on “Gemstones” operates with a “blessed are the flamboyant” vibe: the set design, the nicknames, the church services, the costuming, even the way the characters pray. Mercifully, though, the show is in control of its ridiculousness, with a skeleton of careful plotting and emotional legitimacy inside its layers of absurdity. So far there are two seasons, and a third is on the way.

01/19/2023 Entertainment Comments Off on How Much Watching Time Do You Have This Weekend?
Recent Posts