As Kerry Washington opened the Democratic National Convention on Wednesday night, she called on America to continue striving toward justice and equality, invoking the preamble to the Constitution. She said she memorized it in a class in middle school. Little did she know, the teacher who taught that class was watching at home.

Her eighth grade teacher, Tiff Bluemle, told HuffPost she couldn’t believe it when she heard the reference to her class.

“I nearly fell off the couch when @kerrywashington mentioned her 8th grade constitutional law class,” she wrote in a tweet﻿ that would soon go viral. “I was her teacher. So proud of her professional accomplishments and political advocacy.”

The award-winning actor and activist saw the message and tweeted back “OMG!!!!”

She expressed her gratitude to her teacher for inspiring her and “sooo many other students!”

Bluemle said she and her partner, Liz Shayne, who also taught at The Spence School in Manhattan when Washington was a student there, were blown away when Washington replied ― while she was still in the process of hosting the convention, no less.

In her years as a teacher in Manhattan, Bluemle said, she tried to motivate her students to unleash their full potential.

Washington, 43, is known for using her celebrity platform to support social justice causes. She’s fought for women’s rights, advocated for domestic violence awareness, and defended the civil liberties of disadvantaged and minority groups, among other things.

She hosted the third night of the DNC under the theme “A More Perfect Union.”

“We say ‘more perfect’ because our union is not without flaws,” Washington said in her powerful opening address. “When our Constitution was written, women couldn’t vote, Black people were considered three-fifths of a human being. But therein lies the work. No one is perfect. Nothing is. But it is the striving toward justice, equality and truth that distinguishes us.”

The heartwarming moment between the two set off a wave of appreciation for teachers as social media users shared stories of educators who made lasting impressions on their lives.

It’s no surprise Washington and her teacher have provided inspiration for each other. After teaching for six years on the Upper East Side, Bluemle, 59, moved on to work at Outward Bound and then headed to Vermont, where she led organizations fighting for women’s economic parity for more than two decades.

Now, she’s running to be a state representative in Vermont. If elected, her priorities will be to enact paid family leave, reimagine criminal justice and achieve affordable child and health care, she said. 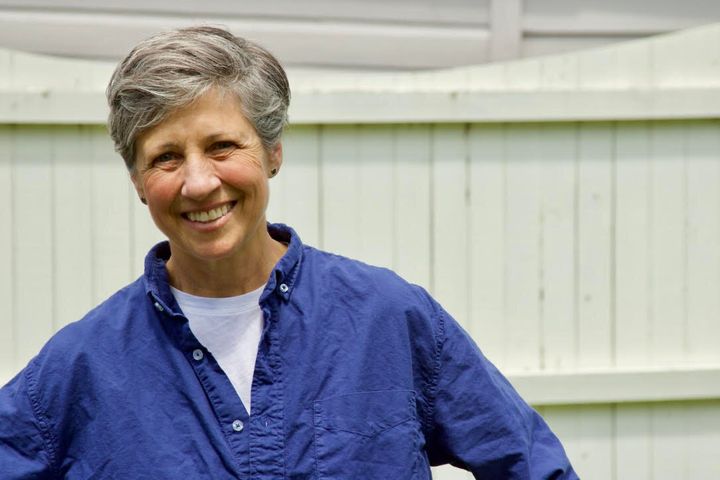 Part of the beauty of the moment with Washington, Bluemle said, was the stories it prompted others to share.

“I was thrilled that so many people came forward to say, ‘Oh, I had this great science teacher who inspired me,’” she said. “It felt really good to see people appreciating their teachers in that way.”

“Her class were very discerning, thoughtful, independent thinkers,” she said. “I’ve always had a very special place for them.”

She was drawn to teaching for the same reason she sought to work in nonprofits and advocacy: “a belief in the potential of all of us.”

As for Washington, Bluemle said she’s so proud of her work on and off the screen. (She loved “Scandal” and “Little Fires Everywhere.”)

“She’s an amazing role model for young women in her field,” she said. “I have enormous regard for her. I knew she was especially talented and intelligent and committed.”

08/21/2020 Entertainment Comments Off on How Kerry Washington And Her Teacher Reunited Online During The DNC
Recent Posts
We and our partners use cookies on this site to improve our service, perform analytics, personalize advertising, measure advertising performance, and remember website preferences.Ok