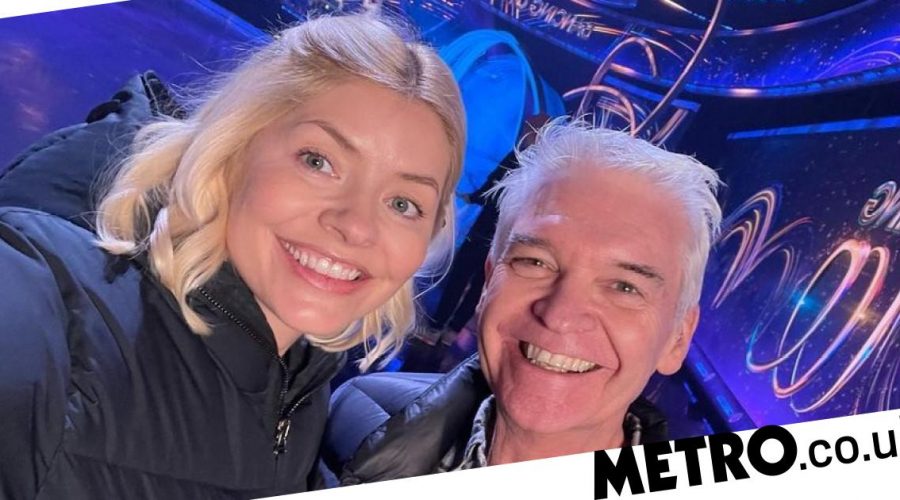 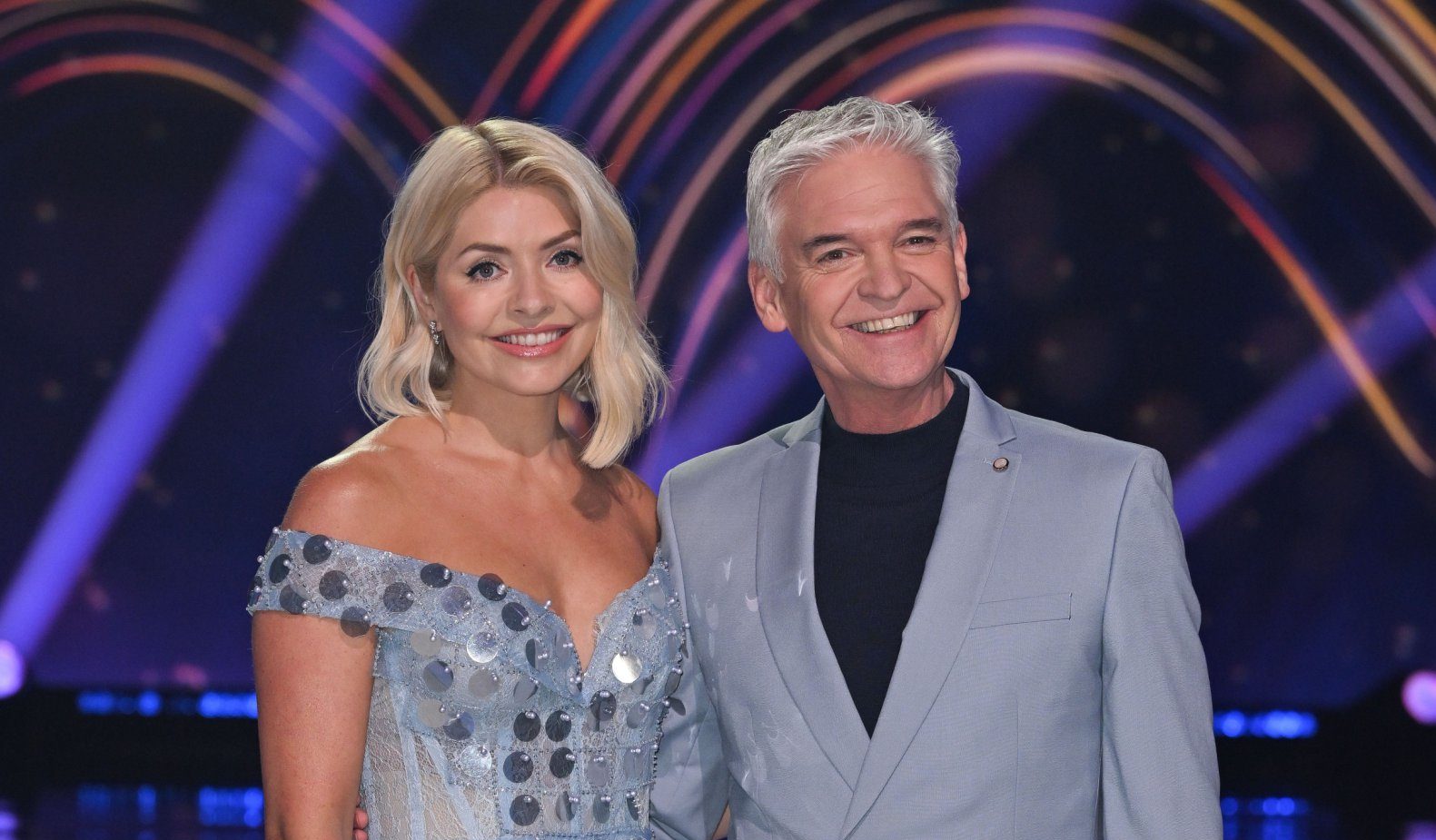 Holly Willoughby looked surprisingly well-rested just hours after enjoying a big night out, as she got back to work on Dancing On Ice with her TV husband Phillip Schofield.

The This Morning presenters are preparing to launch the new series of ITV’s skating competition on Sunday evening, with the likes of EastEnders legend Patsy Palmer, Love Island winner Ekin-Su Culculoglu, and Towie star Joey Essex among the new batch of celebrities taking to the ice.

Despite the big show ahead of her, Holly, 41, didn’t hesitate to head out on Saturday and was spotted enjoying a date night with husband Daniel Baldwin at the boxing fight between YouTubers KSI v FaZe Temperrr in Wembley.

She managed to recover in time to head down to the DOI studios this afternoon, where she reunited with her co-host Phillip, 60. The two are seen wearing big smiles and equally big coats as they posed for a selfie by the skating rink and the DOI logo on a screen in the background.

Holly captioned the snap: ‘From ring-side to rink-side… see you on @dancingonice at 6:30.’

The TV presenter may be resuming her hosting duties on the show once again, but she recently admitted she was actually considering taking part in the competition herself.

During an interview with contestant Patsy on This Morning last week, Holly said: ‘That’s the first time anyone’s said anything about Dancing On Ice that’s made me want to do it. Because normally I’m scared of it.’

‘Go on then!’ Phillip urged her, as Holly laughed, saying: ‘No.’

Professional skater Matt Evers, who’s competed on every series of Dancing On Ice since 2006, told Holly: ‘I’ve been waiting for you.’

Holly’s surprising admission was in response to Patsy comparing the DOI experience to her stint on Strictly Come Dancing in 2005.

The 50-year-old actress had said: ‘I did Strictly. This is nothing like it. It’s different, because you really do have to focus.

‘It’s dangerous. You can’t have anything else in your mind. Your mind has to be clear. You have to be so far in the present moment, that it is like a form of meditation. So I’m so glad that I’ve been practising meditation.’

Dancing On Ice returns to ITV1 tonight at 6pm.