Dancing With the Stars pro Cheryl Burke is blogging exclusively with Us Weekly about her quest to take home the season 28 mirrorball trophy! Check back each week for her latest update on the competition.

The final five were revealed during the Monday, November 11, episode of Dancing With the Stars! Pro dancer Cheryl Burke opens up to Us about her thoughts on the elimination and who could win it all.

On Sean Spicer:
At the end of the day, he was the weakest link, as far as dance competition goes. Selfishly for Lindsay Arnold, I was hoping they could do a last dance but with what happened with Lindsay, my heart goes out to her. However, now the competition is for real. You could tell though that he was so sad. There are so many emotions because he was walking out with a different partner than when he started but he handled himself with class and with grace and I think Jenna Johnson did such a great job with him, especially being thrown into it. When Erin Andrews is doing those interviews in the back, you see all of us when you get your scores and you can see Sean was genuinely so happy to be there and cheering people on. He just fell in love with everyone and I think vice versa. 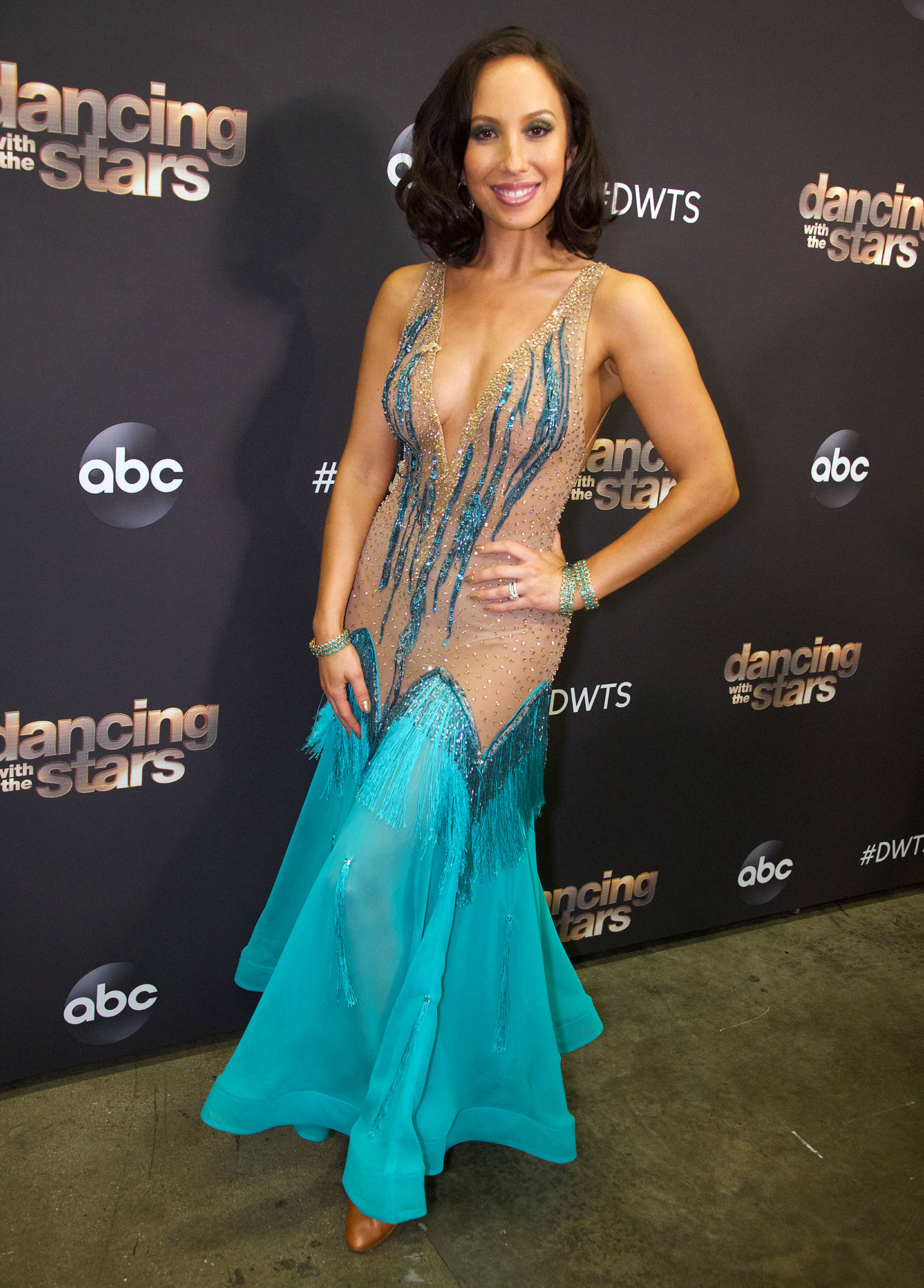 On if the judges will make it nearly impossible to earn 10s:
With some couples, now you’re going to see a lot of 10s but that doesn’t mean that they’re safe. It’s really important for people to vote now for their favorite dancer [but] let’s not make this a popularity contest. I think it would be awesome to see [someone win] who really deserves it —someone, maybe, with not a lot of dance experience. This is a dance competition and I think if we want to change the rules and make the voting fair then you need to do that yourself, whoever’s voting.

On her advice for the final couples:
Their music is going to be longer. They really do have two full dances next week and they will have to incorporate whatever dance [styles] they have left. We know what Len Goodman is looking for, so I don’t know why people try to fight it. We know what the judges are looking for: They’re going back to ballroom so if you can’t name your steps from the technique book or if you never read a technique book, it’s important to open one up in the near future and make sure [the dances] have a syllabus in there. Also ask for help when you need help. Back in the day, we used to get in trouble for getting help but now I think the executives actually encourage it and we all want a great show with great quality of dancing. I think people need to really actually have fun. I know that the pressure is pretty intense right now, but no one has been really a frontrunner. Each dancer has been amazing in their own right but everyone has their own strengths and it think now is an even playing field. It’s going to be really interesting to see who doesn’t let the pressure get to them when they get to the final four.

On Ally Brooke‘s scores and if it’ll keep her out of the bottom:
Not necessarily. They had great scores the week before but they were in the bottom two. Who knows who’s voting, who knows how many votes, because it’s so different now. The west coast can barely even watch the show before they can vote so for the west coast, is it a popularity contest? How does that work? We just don’t know. At the end of the day, you want to stay out of that bottom two, but all you can do is make sure you go out there and at least get the judges’ approval. 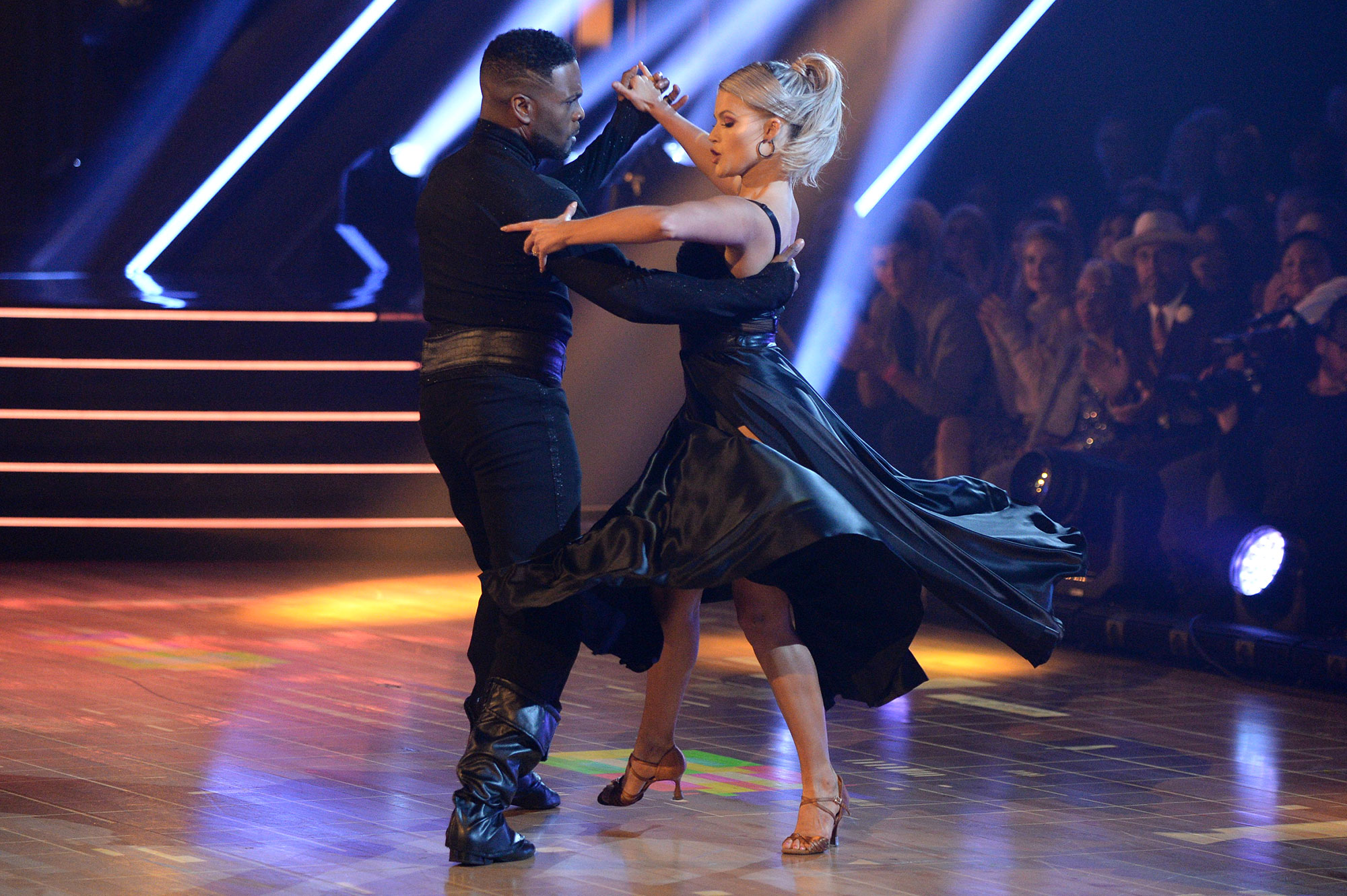 On the most improved couple:
Every week, it has been changing. It went from Ally it went to Lauren Alaina. The most improved is Kel Mitchell. Just being able to work with them for a little bit, he’s a sponge. He absorbs information so quickly and it’s awesome to see. He takes this very seriously in a good way. I was really impressed with how he was able to stay in character but also train his body in just a couple of days to where is frame needed to be and where his head position needed to be and all that.

On who has the best chance to win:
I said this to Ally: “It’s such a shame that you work so hard on all of these dances but then, really, at the end of the day, the freestyle only matters.” You can throw everything out the window. No one cares, no one remembers, but they want the freestyle to be something that they think about and that would be the most memorable. But after 28 seasons of seeing all the freestyles, it’s going to be really hard to outdo some of these past freestyles that you’ve seen all the way back from season 1. There’s nothing new now. How can you reinvent something that’s been done? So it’s really about reinventing the wheel and making it entertaining, making it clean enough and making it so that the judges appreciate it. You have to get creative and that’s where it gets challenging and tricky. What can you do that is simple enough to where it’s effective and that people will appreciate it? Sometimes people get stuck in these conveyor belt-like props and you can’t really move. I will add, it’s sad that there isn’t going to be another season right away. There’s no two [seasons] a year so it’s a big adjustment for sure!

Dancing With the Stars airs on ABC Mondays at 8 p.m. ET.

11/13/2019 Entertainment Comments Off on Here's What Len Wants! Cheryl Burke Shares Tips for 'DWTS' Semifinalists
Recent Posts
We and our partners use cookies on this site to improve our service, perform analytics, personalize advertising, measure advertising performance, and remember website preferences.Ok