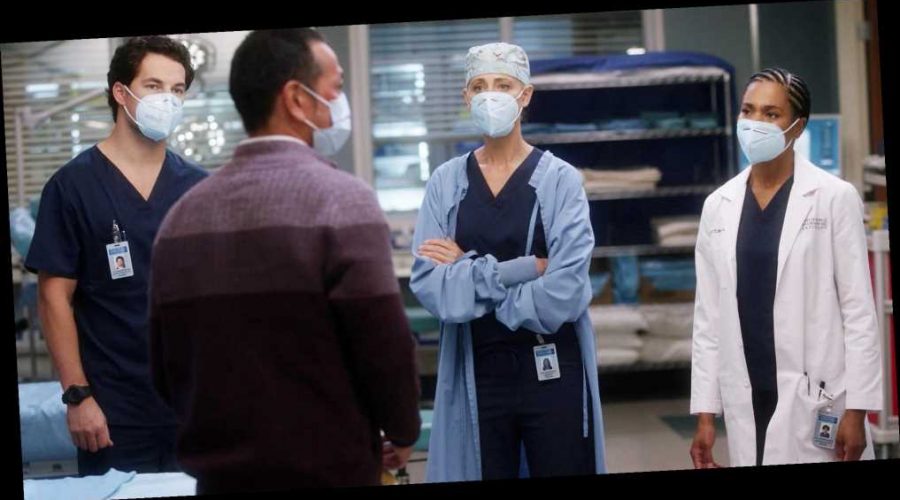 Warning: This story contains spoilers from the Thursday, March 11, episode of Grey’s Anatomy.

A hard but noble decision. Grey’s Anatomy showrunner Krista Vernoff and actor Giacomo Gianniotti shared their thoughts regarding the death of Gianniotti’s character on the Thursday, March 11, midseason premiere episode of the beloved show.

‘Grey’s Anatomy’ Exits: Who Quit? Who Was Fired? Who Is Down to Come Back?

Titled “Helplessly Hoping,” the episode saw 31-year-old Gianniotti’s character, Dr. Andrew DeLuca, die on the operating table at Grey Sloan Memorial Hospital after being stabbed while trying to take down a sex trafficker. The midseason premiere took place during a two-hour crossover event with Station 19.

“This is the story that demanded to be told. But sometimes we writers are just as grief stricken by the stories as you are. This is one of those times,” Vernoff, 49, wrote in a statement posted to Twitter after the episode aired.

“Giacomo has brought so much talent and so much heart to the role of Andrew DeLuca. We at Grey’s Anatomy are grieving the death of this character with all of you. Giacomo played him so beautifully and took him on such a powerful journey — from intern, to romantic, to a mental health crisis and back again,” she continued. “Giacomo remains a member of our family not just in perpetuity but for more of this season. You will see him again. As actor and as director. … Thank you Giacomo for your performance, your talent, your grace.”

In a conversation with Deadline, Vernoff said that killing DeLuca was one of the first things she thought of when imagining how the season would play out.

“I was walking on the beach imagining the season, and I was like, oh, no, really?! But it felt powerful and important, and I don’t always know why, but that was the story that came,” she said, also explaining the reasoning behind her decision. “It was extremely important to me that it be clear that he was through his mental health crisis, and that the following through on the sex trafficking story was rooted in his bravery and goodness as a human, and that I think we did well.”

Gianniotti, who has been a mainstay on the show for six years, will return to the series later this season as a director. The actor shared that his experience directing was “amazingly positive” — as well as his thoughts on DeLuca’s demise — in a separate Deadline interview following the reveal.

According to the actor, he was first approached about a potential ending to his character’s story early in the season’s filming. When the Grey’s Anatomy crew returned to set following a COVID-19-related shutdown, they decided to bring the idea back around.

“I just thought it was a beautiful storyline, I thought it was a beautiful way for the character to exit as a hero,” the Italy native said, admitting it was easy to agree to the ending. “I said ‘absolutely.’ I’ve been on the show for six years, seven seasons. It’s definitely been a long time, and I’m a young guy. So, I think this was a good time to depart, and I’m happy that Krista and Debbie [Allen] and all the writers did such a great job with telling the story. I think it’s going to do justice to a lot of people and help a lot of people.”

Every Star Who’s Left ‘Grey’s Anatomy’: Where Are They Now?

Still, just because the decision was easy didn’t mean it wasn’t emotional.

“Everybody knew, and everybody was, of course, very sad. I’ve been working with all of these people for seven seasons now, sometimes we joke about how we spend more time with each other than we do our families,” the Reign alum said. “Although it’s a beautiful experience and I’m happy to be leaving in this way, and the story we get to tell is so beautiful, and I think it’s going to help a lot of people, I’m obviously sad to leave all my great, dear friends.”

Tune into Grey’s Anatomy on ABC Thursdays at 9 p.m. ET.