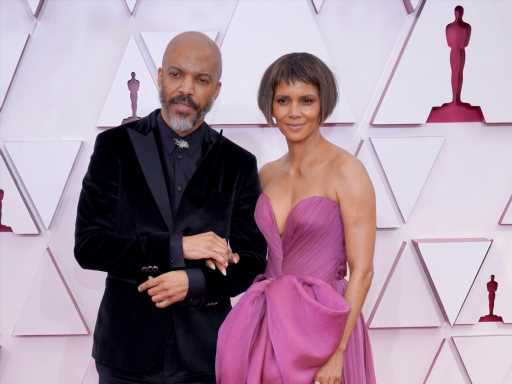 We don’t want to jump to conclusions, but it’s pretty safe to say that Halle Berry had the perfect Fourth of July weekend! The Oscar winning actress took to Instagram on July 4 and shared two of the sweetest PDA photos with her beloved partner of nearly one year, Van Hunt. In the first snap of the carousel post, Berry cozied up to her love while enjoying a boat ride and looked totally cool, calm, and collected — sporting a bandana and light jacket for the brisk weather out on the water. 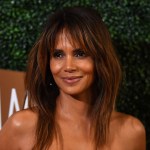 Hunt, who wore a hoodie, leaned in next to Berry and the two flashed soft smiles toward the camera. The next photo, however, was way too cute. The second image featured Berry and Hunt sharing a sweet smooch and looking so loved up. “Happy 4th ya’ll!” Berry captioned the pictures, adding the emoji of clinking champagne glasses.

Hunt and Berry have been going strong for nearly one year, after the actress took to Instagram in September 2020 to confirm that she was dating the Grammy winning artist. Since that time, the two have gotten a lot more comfortable posting some PDA moments on social media, and sharing their love with the world. But this romance has way more to it beyond what fans see on Instagram or Twitter.

Back in early January, Berry referred to Hunt as her “muse,” sharing an intimate portrait of the artist that she took herself. Just a few months later, in late March 2021, Hunt opened up about how Berry and her two children — daughter Nahla Ariela Aubry and son Maceo Robert Martinez — have completely “immersed” him in one of Berry’s family traditions. “Their family has this ritual where, and I don’t think she would mind me saying it, they get together and have just a small acknowledgment of the day and so they, you know, they immersed me into that and welcomed me into that and it was just beautiful,” Hunt told Entertainment Tonight. Hunt also added that, because of his relationship with Berry, he is “a completely different person.”

Longtime fans of Berry have absolutely loved seeing her romance flourish over the course of the last several months. Although the couple keeps certain details to themselves, it’s still wonderful to see their love grow. As the couple approaches their one-year anniversary, we cannot wait to see what’s in store for them next!

Before you go, click here to see all the celebrity couples with the best stories behind how they met.