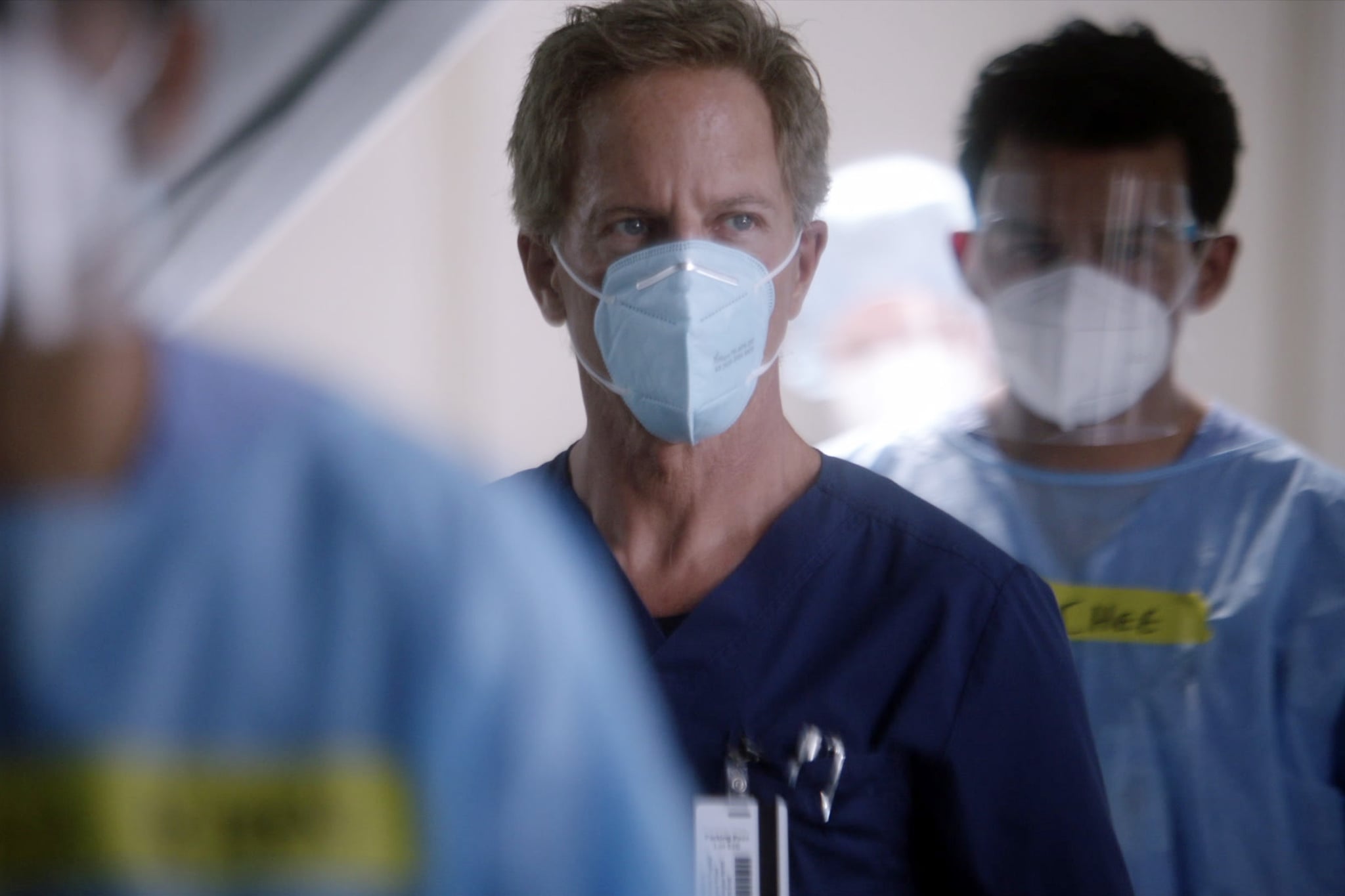 Grey’s Anatomy has very much been covering the COVID-19 pandemic, and we have a concrete reason to believe that the virus may claim the quippy neurosurgeon Tom Koracick. Meredith Grey’s fate has been up in the air, but she’s not the only Grey Sloan doctor who has fallen prey to the illness. The latest Grey’s Anatomy promo shows paramedics rushing Koracick into the hospital. And folks, we’re anxious to report that he’s definitely seen better days. Will Koracick die? Honestly, anything could happen at this point.

In season 17’s third episode, Owen announces that Koracick tested positive for COVID-19. Koracick spends most of the fourth episode in quarantine, at first appearing asymptomatic. Helm, who had a mild case of the virus herself, swings by his place to give him another test just to rule out the possibility of a false positive. He looks like he’s doing OK, at least physically. In fact, he’s lucid enough to be testing models of the pandemic on his zombie apocalypse game (and not plotting something evil). But he does seem pretty depressed, so Helm suggests that Teddy pay him a visit as a friend. Which Teddy does, despite their disastrous affair. She brings over Polish soup, but we don’t see Koracick anywhere. That is, until Teddy starts leaving. That’s when we see him feverishly sitting beneath the doorknob while out of breath and soaked in sweat. Fast forward to the promo, Koracick is back at Grey Sloan receiving treatment, and he’s looking really rough.

Because the show is named after Meredith, it doesn’t seem likely that showrunner Krista Vernoff will kill off Meredith, even if the general surgeon is seeing her dead loved ones at the beach and all. (And even if Ellen Pompeo has expressed interest in leaving.) If someone has to go, it’s more likely Koracick than Mer. People who have kept up with all 17 dang seasons of this show know that its turnover rate is high. (It’s me, I’m people.) We’ve seen regular cast members come and go all of the time. It wouldn’t be a total surprise if Tom passes away, even if this tragic twist catches us by surprise.

That said, there’s been no news about Greg Germann, who plays Koracick, leaving — in fact, he only recently became a regular cast member in season 16. We haven’t heard of Germann joining any new projects, either. Grey’s Anatomy puts its characters through the wringer all of the time, and both Meredith and Koracick may very well find their way out of this heartbreaking situation. Koracick is an arrogant jerk, but he’s proven himself to be an arrogant jerk with a good heart. He’s saved Amelia and Catherine. He’s been kind to Teddy, all things considered. We deserve to see more of him in his better light.