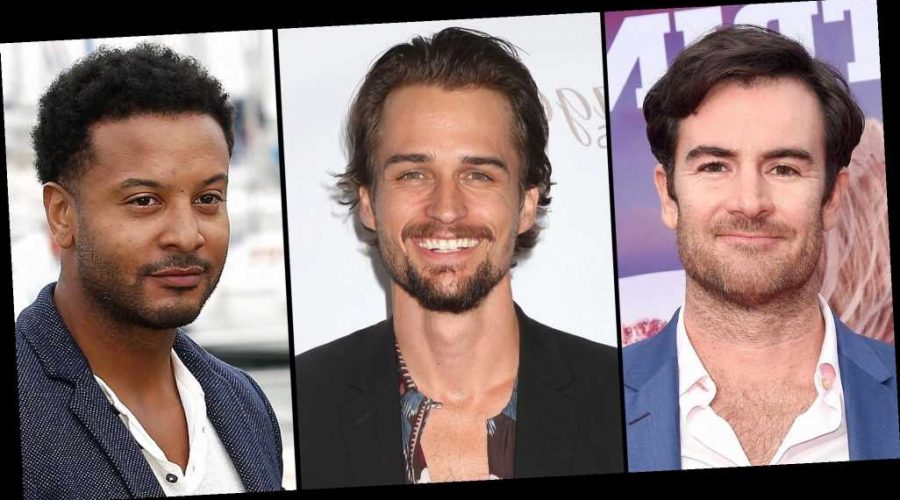 Talk about eye candy. Firefly Lane is all about the power of female friendships as it follows Tully and Kate through more than 30 years. Ali Skovbye and Katherine Heigl portray Tully, the popular girl in high school that goes on to become a TV host. Meanwhile, Roan Curtis and Sarah Chalke play Kate, a shy, smart young woman who becomes a devoted mother and wife.

Throughout the first season, which dropped on Netflix on Wednesday, February 3, there are many men that Kate and Tully meet along the way, including one who goes from Kate and Tully’s boss to Kate’s eventual husband.

“He has this darkness,” Ben Lawson, who plays Johnny Ryan in the show, told Us Weekly exclusively about being drawn to the role. “He’s got a lot of existential angst and he’s somewhere he doesn’t want to be. But also he’s fun and he loves these girls and he gets swept up into their world. I think there was something that I just inherently understood about him.”

The Australia native noted that it was fun be able to make the character Australian, even though he wasn’t in Kristin Hannah‘s book, which the show is based on.

“It sort of helped access him in a different way as this hardened, worldly war correspondent or journalist who is this Aussie bloke,” he shared with Us. “I know those guys better than I know that American version of that. So it helped me access it.”

Johnny is just one of the many men in Kate and Tully’s lives throughout the years — though he is one that sticks around the longest.

Get to know the other men of Firefly Lane.