Like most of us mere mortals, George Clooney has some regrets. But certain slip-ups have taught him some important lessons.

The actor, director and accidental new spokesperson for the Flowbee vacuum hair cutter was asked about “what aspects of his younger life he would approach differently” during an interview with The Guardian that was published over the weekend.

“Now, the obvious answer to your question would be to joke, ‘Batman & Robin,’” Clooney said, referencing one of his most notorious film flops. “And I wouldn’t do it at all.”

The 1997 movie, which also starred Arnold Schwarzenegger, Uma Thurman and Alicia Silverstone, was a regretful career choice. But Clooney said the failure taught him an important lesson.

“I learned that if you’re gonna be held responsible for a film, instead of just being an actor in that film, you’d better pick better films,” he said. 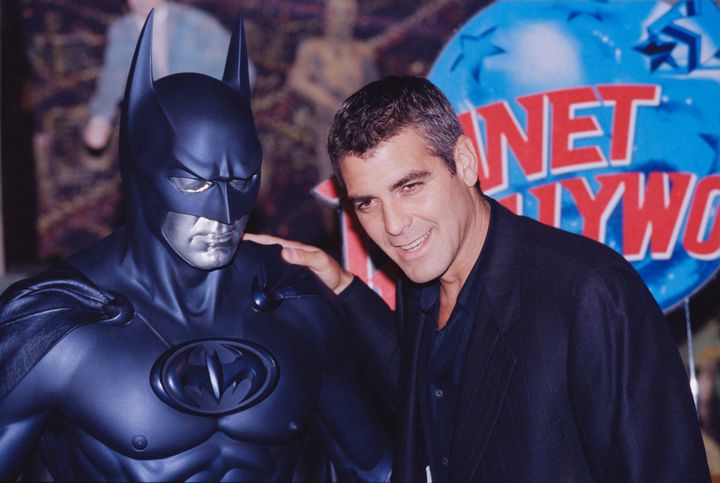 Clooney has spoken out about the film many times. “I always apologize for ‘Batman & Robin,’” he told Graham Norton on his show in 2015.

“Let me just say that I’d actually thought I’d actually destroyed the franchise until somebody else brought it back years later and changed it,” Clooney said at the time. “I thought at the time that this was going to be a very good career move. Um, it wasn’t.”

Luckily, not all of the actor’s errors are quite as public.

Clooney recently revealed that he and Amal Clooney made a “dumb” parenting mistake: having their 3-year-old twins, Ella and Alexander, learn to speak fluent Italian.

But if there’s one thing Clooney will never regret, it’s buying his trusted Flowbee — that is, if the famous prankster isn’t messing with us. He said last month that he has used the suction device to cut his own hair for over two decades.

“I’ve been cutting my own hair for 25 years,” the 59-year-old told CBS “Sunday Morning.” “My hair’s really like straw, you know, and so it’s easy to cut ― can’t really make too many mistakes.”

12/15/2020 Entertainment Comments Off on George Clooney On The Lesson He Learned When ‘Batman’ Flopped
Recent Posts
We and our partners use cookies on this site to improve our service, perform analytics, personalize advertising, measure advertising performance, and remember website preferences.Ok