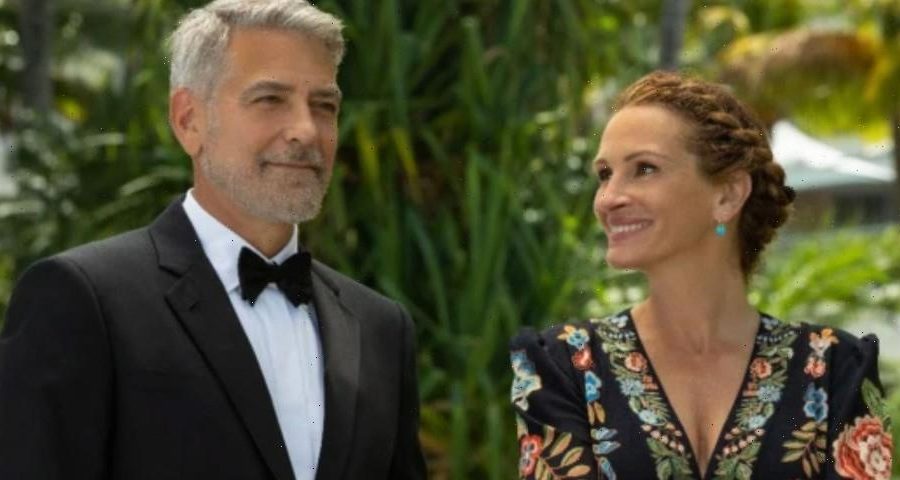 Julia Roberts and George Clooney will reunite on the big screen in an upcoming romantic-comedy film, Ticket to Paradise, directed by Ol Parker.

The movie sees Roberts and Clooney star opposite each other as two long-divorced parents who spontaneously married each other when they were younger. The ex-couple must join forces to stop their daughter Lily (Kaitlyn Dever) from making the same mistake when she travels to Bali on a post-graduation trip and attempts to marry a local.

“Worst 19 years of my life,” Clooney says to Roberts of their relationship in the trailer, to which she replies, “We were only married for five.”

“I’m including the recovery,” he jabs back.

Parker, who previously directed Mamma Mia! Here We Go Again and The Best Exotic Marigold Hotel, is helming the film based on a script he co-wrote with Daniel Pipski. Aside from Roberts, Clooney and Dever, the cast features Billie Lourd and Lucas Bravo. Roberts and Clooney are producing the movie alongside Deborah Balderstone, Tim Bevan, Eric Fellner, Marisa Yeres Gill, Lisa Roberts Gillan, Sarah Harvey and Grant Heslov.

Ticket to Paradise will hit theaters on October 21 and will be available to stream on Peacock 45 days following its premiere. Watch the trailer above.