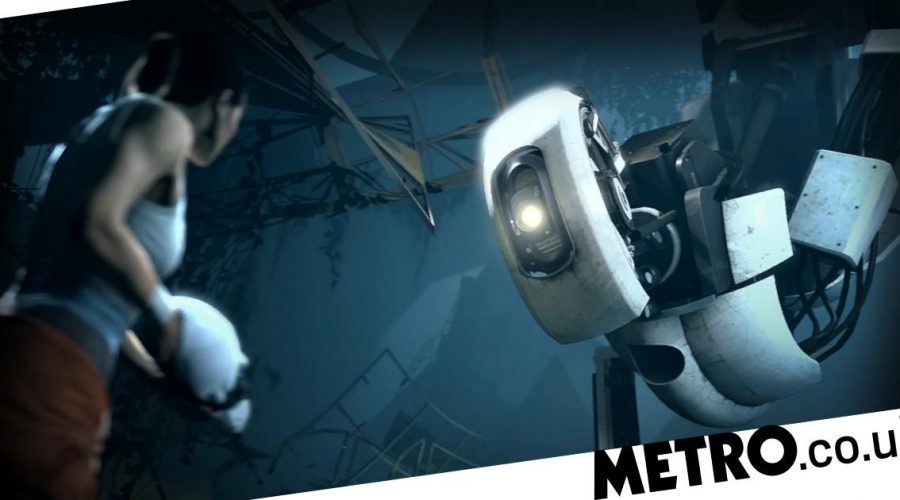 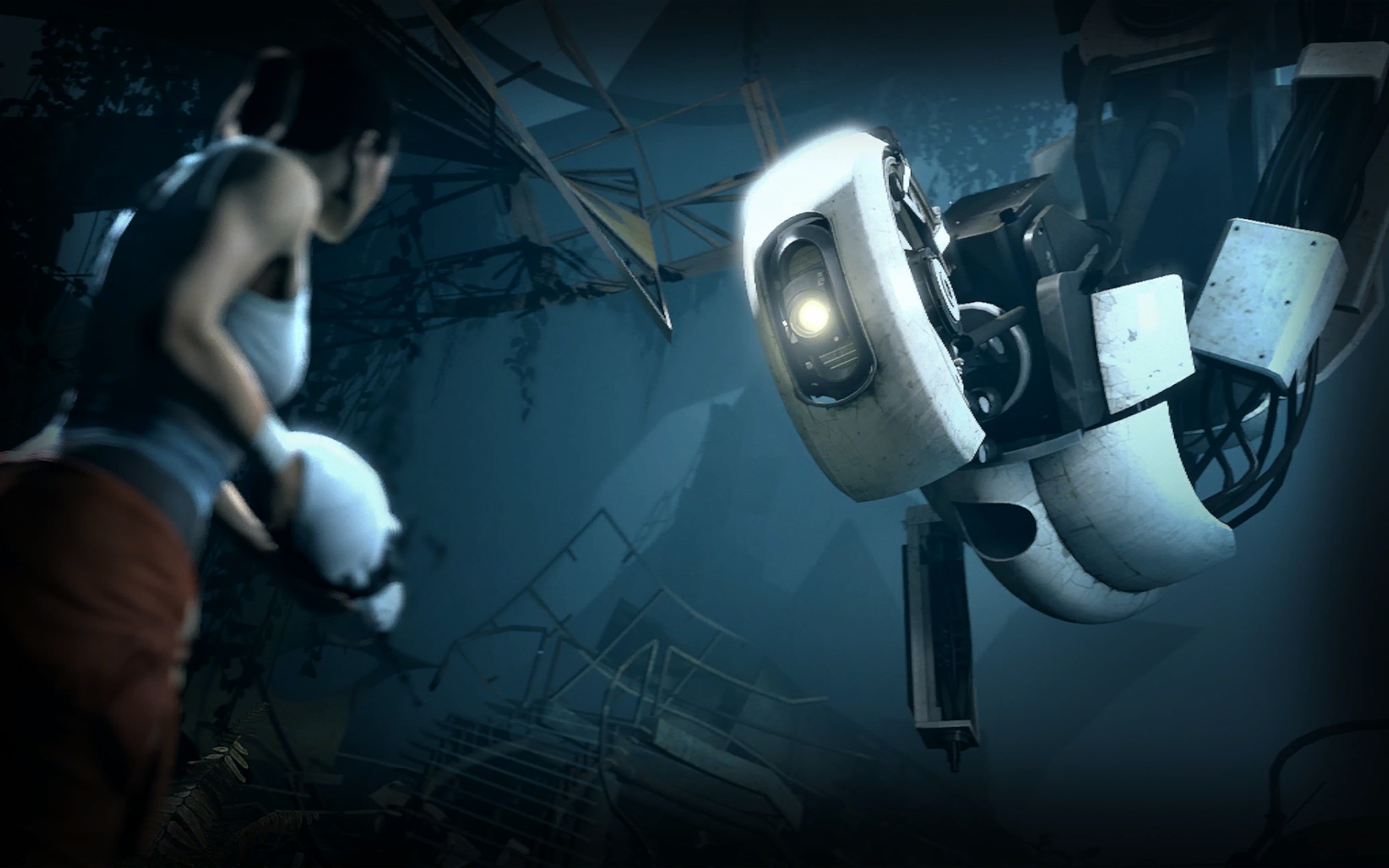 The Thursday letters page reacts to Hi-Fi Rush and the Xbox Developer_Direct, as a reader worries the survival horror renaissance is doomed.

To join in with the discussions yourself email [email protected]

Comedy is hard
I got into an argument today with a friend about the best written video game, inspired, as you could guess, by The Last Of Us TV show. I’m not a great fan of the game and so haven’t watched the show, but I remember the whole thing being disappointingly obvious and quite cliché for the zombie apocalypse genre. It was definitely well written, but I wouldn’t say any particular dialogue or characters stood out to me, and I found the girl quite irritating even though I don’t think she was supposed to be.

I had trouble with my argument though as I couldn’t decide on what I thought was actually the best. In the end I began to think that it was probably Portal 2, since, as I pointed out, comedy is hard and comedy is especially hard over the length of a video game, instead of a five minute sketch. I’d also say Paper Mario: The Thousand-Year Door and the first three Monkey Island games were very good.

I think comedy in general gets underrated, when it comes to movies and shows, but it’s so rare that it’s good in video games that people completely overlook it, because it’s only the serious stuff that ever gets celebrated. And yet for anyone that’s put off of The Last Of Us because it’s too serious I would definitely recommend these alternatives.
Luthor

Licence to ill
Great to see GoldenEye 007 back on modern formats but was there really nothing more that they could do beyond what are basically ports of the original? Even the Xbox one barely counts as a remaster and the game deserves so much more than that.

I’d love to see a full on remake that’s faithful to the original, not that vaguely-the-same-story nonsense that was the Activision game. It’s probably too late now. Too few people remember the game and while it’s considered a classic on paper nobody treats it like Halo, which I think is unfair as it’s much more interesting to me.

I realise a lot of it is due to unfortunate licensing issue and Microsoft buying Rare but really, there should be something that could be done. I just wish Nintendo would buy the rights off Microsoft and at least make that side of things a bit simpler. It’s not like they couldn’t afford it.
Kalamari

Tango Overdrive
So yet another financial report from Xbox that’s filled with bad news? I didn’t used to be so down on them but I have to agree with the people saying they’re just not good at this stuff. I just watched their Developer_Direct showcase and… it was okay, I guess? I mean there were no games I was interested in, which is a bit of a problem, but at least it was something.

I’ll give Hi-Fi Rush a go, because I want to see Tango Gameworks become a good studio but I really didn’t like anything I saw except the graphics. The dialogue was awful and the whole thing just sounded like a Microsoft went in to see them and told them to copy Insomniac, and they chose Sunset Overdrive for some reason.

I don’t even know if I want Starfield to be good, because the Xbox being such a non-event is saving me a lot of money and I’m not sure I really want to be tempted into getting one.
Vashetin

Seriously Fallout
I have to admit those set photos for the Fallout TV show are pretty impressive. They also look really expensive so I hope all involved know what they’re doing, especially as I’d say the storytelling is usually the worst thing about the games.

They do often have interesting characters but what Interests me about the show is whether it’s going to have the dark humour of Fallout, which Bethesda themselves often seem to forget, or whether it’s just going to take everything seriously.

One of my concerns about The Last Of Us being so popular is that not only will we see tons of copycats but they’ll all try to be grimdark serious, whether the material demands it or not.
Cameron

Virtual accessibility
Does GC or any of its readers happen to know how disability friendly the PlayStation VR2 is?

I’ve got minimal use of my right side and a lazy eye, so I’m worried about the eye-tracking/foveated rendering and things like whether Horizon VR: Call Of The Mountain will allow me to draw the bow left-handed.

I’ve got the PlayStation VR2 on pre-order, but I really don’t know if I’d be better off cancelling and waiting until more information is available.

Any guidance would be appreciated.
Mark

GC: We don’t think Sony has gone into that kind of detail yet. Considering the accessibility options in their recent games though we’re sure they’ll do what they can, especially things like being left-handed.

Space Civilization
I just wanted to give a quick shout out to Mars Horizon, that I completed this week.

An excellent Civilization styled shot at the space race to land humans on Mars, starting in the 1960s when the first missions began.

It’s very well presented, a slick system, and totally absorbs you in the history of space travel.

You have to build a small base, hire and fire astronauts, research all the technology, build your shuttles and payloads, and manage all your missions in an expanding solar system. Add to this funding reviews, popularity in the press, and cross space agency bonds.

A puzzle element is the centrepiece of the game, that sees you issuing instructions to your payload once safely in space, to achieve mission targets and ultimate success or failure. These puzzles might be too dry for some but they illustrate how rational you have to be working for NASA or another of the space agencies in real life.

An 8 out of 10, but for a strategy/sudoku fan, or someone with even half an interest in the space race, I’d like to say a GC 9.
Matt Kirk

Mic drop
I wish I had something clever or funny to say about that ‘soundproof’ microphone but I just can’t get over the fact that it even exists. Just sit back and think about the number of people that must’ve agreed making it was a good idea and ensured it got all the way from design to production.

My favourite bit of it all is the poor models pretending that it’s not the stupidest idea in the history of the world. The guy in the video looks like he’s killing himself laughing, especially when he’s dressed up like a Tusken Raider.
Wonko

Horrible outcome
Since we haven’t seen any reviews yet I’m going to guess that the Dead Space remake review embargo is going to be last minute like The Callisto Protocol, which is not a good sign. I really don’t know that Dead Space is all that famous or popular though and I’m surprise EA has gone this hard on it, but I imagine they will be disappointed by its sales.

I worry this latest survival horror renaissance is going to go the way of all the others and it’ll sooner peter out to nothing and it’ll be another 10 years till we get a big budget horror game. Resident Evil 4 will hopefully be good, and do well, but Silent Hill and a bunch of games I had to look up the names too even though I’m a fan of the genre? Yeah, they’re all gonna flop.

For what it’s worth though Slitterhead is the one I’m most looking forward to, along with Silent Hill f. I imagine they’ll flop and while that’s nobody’s fault I can’t help but wonder if this renaissance had kicked off with something better than The Callisto Protocol it might have been put on a better trajectory from the start. Instead, we’ll have to wait years for the good stuff and by then it’ll all be over.
Riggs

Inbox also-rans
I’ve heard the excuses but I just watched the Redfall trailer and that game does not look good. Or at the very least the trailer does nothing to get you interested in whatever the hell it is. I don’t know why, it’s not like it’s hard to get across what Far Cry is like.
Bocco

A much better showcase that usual for Microsoft but I wish they’d quit it with the developers awkwardly reading off an autocue. Nintendo and Sony learned long ago how awkward and fake that looks.
Preston

This week’s Hot Topic
The subject for this weekend’s Inbox was suggested by reader Paulie, who asks what is more important to you: graphics or gameplay?

Even if you consider both to be important do you have minimum requirements for either? Does it really not matter to you how bad the graphics are if you enjoy the rest of the game and how bad does the gameplay have to get before it becomes a problem, if you are appreciating other elements such as the visuals and story?

What are your best examples of games that excel in one area but not others and was it something you could still appreciate, or does everything have to have a good balance of features?

The small print
New Inbox updates appear every weekday morning, with special Hot Topic Inboxes at the weekend. Readers’ letters are used on merit and may be edited for length and content.

You can also submit your own 500 to 600-word Reader’s Feature at any time via email or our Submit Stuff page, which if used will be shown in the next available weekend slot.

01/26/2023 Entertainment Comments Off on Games Inbox: The Last Of Us as the best written video game
Recent Posts