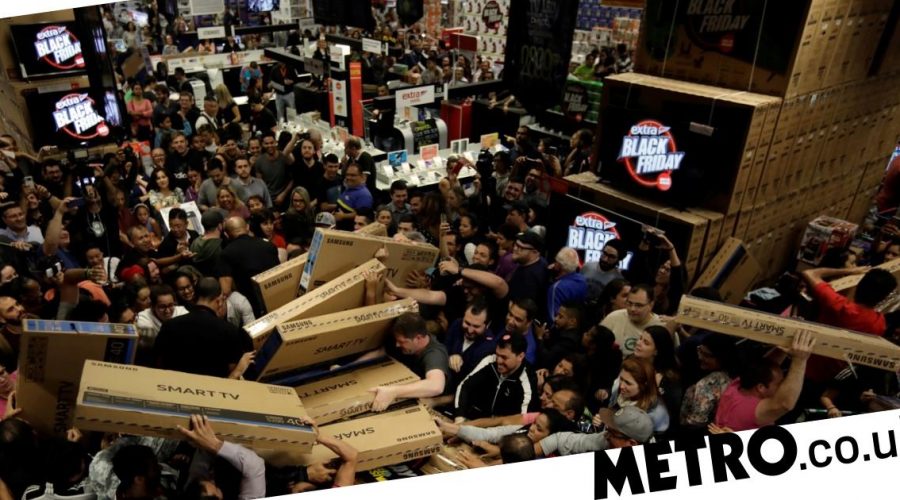 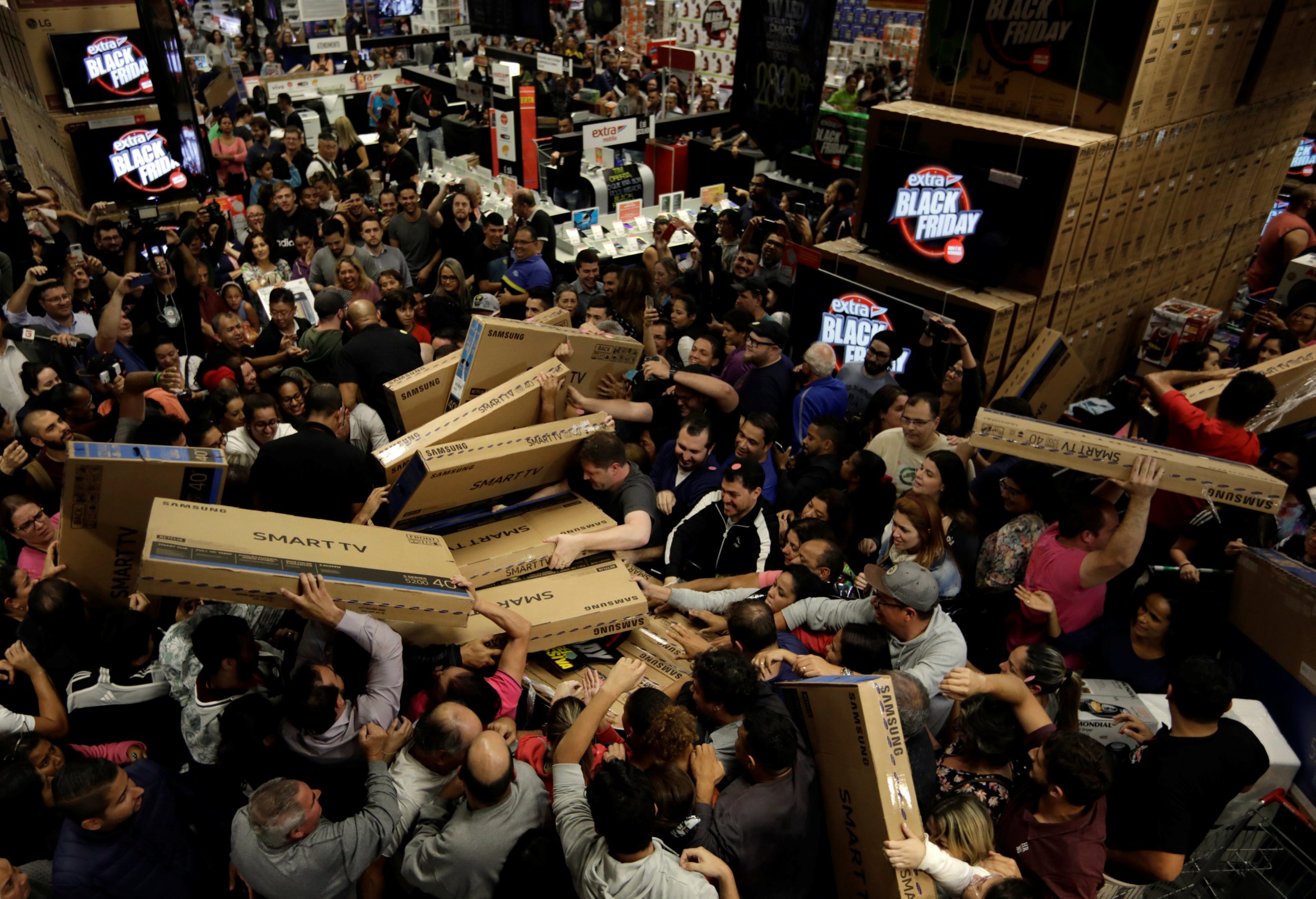 The Monday letters page thinks Dead Space and Splinter Cell are getting the wrong remakes, as a reader asks for GBA recommendations.

To join in with the discussions yourself email [email protected]

Friday bargains
So I see Gotham Knights is already a Black Friday favourite in terms of discounts; can’t say I’m too surprised by that given its reception. It’s not one I’m interested in though, so I don’t really care how much it costs. But what I am hoping to see is Elden Ring, since it’s quite old now. The problem is it sold really well though, so I don’t know what the chances are.

I’d also like to get Horizon Forbidden West but that’s probably in the same position. I quite liked the original, and was very impressed by the graphics, but I don’t want to pay £70, or anything close to it, for the sequel.

Lego Star Wars does seem like one that will fall into the sweet spot though. I wouldn’t buy that for full price either, but it does already seem to be getting some discounts so I’m going to try and pick it up when I see the best deal. Curious to see what everyone else is getting/hoping for.
Troggy

Next door neighbours
Most people will know Game Freak have had a close relationship with Nintendo for many years, obviously with the Pokémon franchise, but it dates back to the NES era.

How much collaboration actually goes on behind the scenes though? There’s already so many reports of the poor (technical) performance of Pokémon Scarlet/Violet, with glitches, pop-in, and frame rate judders galore (incidentally, I’m still playing Pokémon Legends with over 40 hours logged, but no noticeable issues)

The Switch has shown open world games can work well on the system, especially considering Zelda: Breath Of The Wild was a launch title! I just wondered if Nintendo have ever helped out with the development of Game Freak’s games?
ttfp saylow (gamertag)
Now playing: Pokémon Legends and A Plague Tale: Requiem

GC: Game Freak are based in the same building as Nintendo EAD, so it’s hard to imagine there’s no co-operation.

Not a fad
As usual for me, I’m late to the party but wanted to write a few words of praise for Ring Fit Adventure. I’ve nothing substantial to add to Ryan O’D’s excellent Reader’s Feature, as it covers my thoughts well. This includes initial scepticism, following wasted money on Wii Fit and EA Sports Active 2 for the Wii. In fact, if I had read it before getting the game I would have dismissed it as fanboyism for another pricey fad.

My son bought it and as soon as I played it for a few minutes I knew it was something I would actually stick with. It does a great job of hooking exercise into your gamer genetics. I’ve been doing between 15 and 30 minutes on it most days for four months now, and we both feel fitter and have lost quite a lot of weight.

The main reason for the latter has been diet changes and more walking, but I’m 64 and think the game has done a great job of helping me feel less creaky after spending most of my life sitting at a desk!
David ‘Daley’ Thompson

The wisdom of the Moon
After 203 hours, I’ve finally watched the credits roll in Elden Ring. I went with the Ranni ending just because hers was one of the few character quests I completed. I have no idea what the ending meant, just as I had no idea what any of the story was about. That never mattered though. I enjoyed every one of those 203 hours. The exploration combined with the Souls style enemies and bosses hooked me immediately and kept me interested. It’s right up there with my favourite games of all time.

Apart from that, I’ll always remember Elden Ring as the game I was playing when my old fella passed. His death devastated me, and I sought solace playing the game. It distracted me from the pain I was feeling. I look back on the trophies I earned pre and post death with fondness.

Any clues as to when DLC will be released?
Coinslot-

GC: We’re sorry for your loss. No real clues on the date but there’s definitely references to DLC in the source code, so we wouldn’t be too surprised if something was announced at The Game Awards next month. As for Ranni’s ending, it seems it was mistranslated in English, so we strongly suggest giving this a read.

Shadow drop
I wrote in a couple of weeks ago to ask if you had any plans to review NORCO on PlayStation 5. Due to an indefinite delay you asked if I could give you a nudge when it had a release date… well consider yourself nudged!

Switched on the PlayStation 5 today to find it had now been released, of course with no fanfare whatsoever! Anyway, to the point, any chance you’ll be able to review it? It looks very intriguing but would really value your opinion!
DuckOfDeath82

Last chance retro
After reading a walkthrough online, I’ve managed to add some funds to my Wii U/3DS Virtual Console account by linking it with my Switch account. I thought I’d left the whole thing too late. I wondered if you could recommend any hard-to-find games I should download before the Virtual Console closes?

I have a Mini NES and Mini SNES, so was thinking Game Boy, Game Boy Color, and Game Boy Advance games might be a good bet (especially as I just found out the battery in the cartridges eventually stops working and you can’t save your progress!). I’ve already downloaded Metroid 2, Metroid Fusion, and The Minish Cap. I was thinking of also downloading F-Zero: Maximum Velocity and the two Zelda Oracle games. Any other suggestions would be great.
David

Separate paths
It’s a shame Yuji Naka, creator of Sonic The Hedgehog has always seemed a bit off – very arrogant and unwilling to credit others for their involvement in the series. So I don’t know that I’m even that surprised that he’s fallen so far as to be arrested for alleged insider trading.

I wonder if he ever looks at the career of Shigeru Miyamoto and wishes that was the way he’d gone. Seeing how bitter he usually seems to be I imagine he probably thinks about that a lot.
Camphor

The wrong remakes
I can’t help feeling that the Dead Space and Splinter Cell remakes are both making the same mistake in that they’re remaking the first game in the series, despite later ones being the best ones. Not even Capcom remade Resident Evil 1 again, they skipped straight to Resident Evil 2 and I think that was a very sensible decision.

So why not do Dead Space 2 straight away? Or Chaos Theory? Either EA is going to have them do Dead Space 2 next and then let it be another six years before there’s a new Dead Space or they’ll have two teams working on Dead Space games? That doesn’t sound very likely to me, which makes starting with the first one seem like a wasted opportunity.

And Chaos Theory? Sounds like the remake won’t even be out for two or three years, so even if they did skip the second one (I dare anyone reading this to remember its subtitle) that’s going to be, again, the best part of six years before we could ever get Chaos Theory.

Just seems like they’ve picked the wrong battles here. One remake for each is all you need and those are not the ones I would’ve chosen.
Geoff Burr

Inbox also-rans
When trying to work out where I am placed in the club of VVVVLTR, who decided on the ratio? Is one V worth five years? Also, my first years were a bit spotty on coverage because I worked in the navy and couldn’t always get to read Digitiser, so I don’t know what that does to my score.
r-s-w

GC: We think it was five years per ‘V’, yes. But really, it’s the thought that counts.

On what date will Warzone Mobile for Android phones be officially released?
Anon

GC: It’s not due until sometime next year.

This week’s Hot Topic
The subject for this weekend’s Inbox was inspired by reader Grackle and their recent Reader’s Feature about the best-looking games on the PlayStation 4.

If it’s expanded to include all last gen consoles (so Xbox One, Wii U, and Nintendo Switch) what do you feel was the most technically impressive game of the last generation, as well as the one that made the most impression on an artistic level?

How impressed where you by the improvements made during the course of the generation and where you satisfied that they were a significant advancement on the Xbox 360/PlayStation 3 era?

The small print
New Inbox updates appear every weekday morning, with special Hot Topic Inboxes at the weekend. Readers’ letters are used on merit and may be edited for length and content.

You can also submit your own 500 to 600-word Reader’s Feature at any time via email or our Submit Stuff page, which if used will be shown in the next available weekend slot.