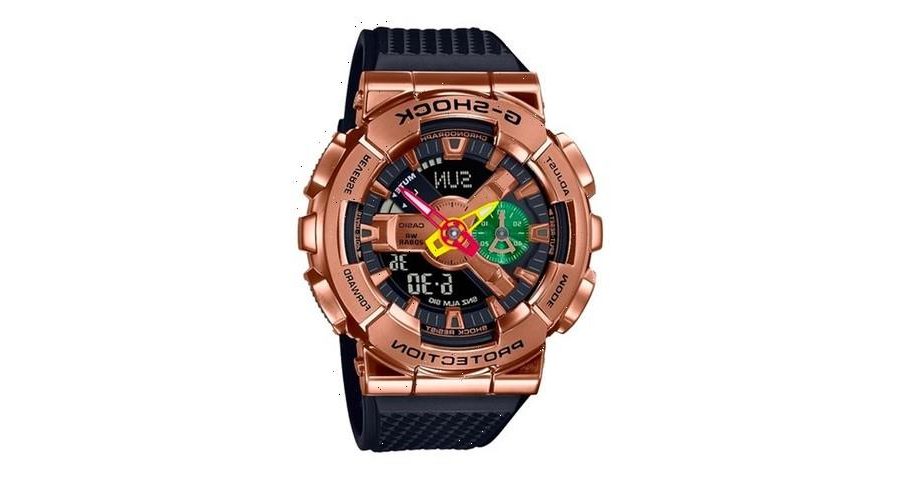 Casio has added yet another addition to its G-SHOCK brand. This time, the watch company has released a second signature model designed in collaboration with NBA star Rui Hachimura.

Hachimura and Casio first signed a global partnership agreement back in November 2019. The release of the new GM-110RH is based on the GM-110, which features a metal bezel on the watch face and a band loop that features yellow, red and green accents that are inspired by the colors of the national flag of Hachimura’s ancestral home of Benin. Hachimura comments on the design stating, “The watch draws inspiration from my roots in Benin and Africa, which are very important to me. The band design and watch face evoke elements of Beninese culture and I am delighted at how Casio brought my ideas to life.”

The new watch comes with a basic black urethane band as well as an interchangeable band that has a West African kente-cloth motif inspired by the traditional clothing of the region. Hachimura’s “Black Samurai” logo which represents his name and jersey number is engraved on the backplate and his band loop.

Check out the watch above.

In other G-SHOCK news, Casio has released the “Twilight Tokyo” GMW-B5000PB, paying homage to the city of lights.
Source: Read Full Article