Priscilla Rattazzi sealed her reputation as a fashion photographer in the 1980s. By the end of that decade, Ms. Rattazzi, a Roman living in New York, had turned from fashion to portraiture, capturing the likenesses of Diana Vreeland, Loulou de la Falaise, Gianni Agnelli (her uncle), and other contemporaries with an unexpected combination of astringency and warmth.

The seemingly incompatible mix is part of what distinguishes “Hoodooland,” Ms. Rattazzi’s exhibition at the Staley-Wise Gallery in SoHo through Nov. 14. The show’s title is a reference to Hoodoos, the majestically powerful rock sculptures formed across millenniums in the region of Lake Powell and the Grand Staircase-Escalante National Monument in southern Utah. 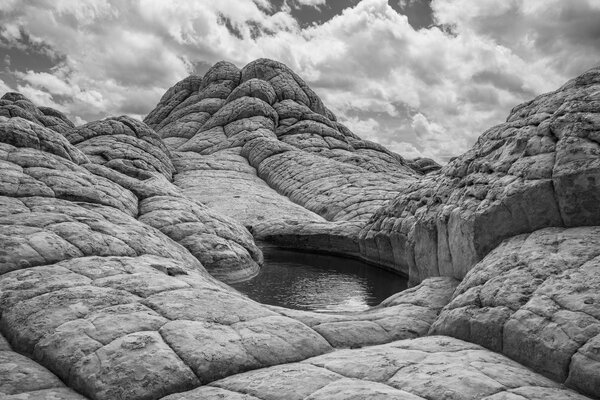 In her improbably portrait-like photographs, Ms. Rattazzi brings to life the area’s mushroom-capped towers of sandstone, basalt and lime, imbuing them with an eerie humanity. Her work is a simultaneous homage to a magical landscape and an impassioned retort to President Donald J. Trump’s 2017 order to reduce the area’s protected lands by nearly half (47 percent).

Here she discusses what moved her to fix her lens on the region. These are excerpts from the conversation.

To what degree is this show a political statement?

I really worked hard to have it run before the election because I thought it could get some traction. While I was shooting the project, Trump cut the monument in half. I’m an environmentalist and I really care about the land and the beauty of the land. I worry that I could come back next year and there would be oil rigs.

Did you feel an intimate connection with some of these rocks?

I still see them as almost human. One of these towers seems to have breasts; others in the back of the room are somehow phallic. My guide Yermo, who knows the place so well, liked to point out that one of them looks like an angry middle finger.

Another looked as if it had no gender. Part human, part alien, it reminded me of the bar scene in the first “Star Wars” movie. I just had this fantasy of an army of magical creatures.

Some of these columns are called ghosts. They appear faint because they are sandstone, which gets eroded more easily in a flash flood.

You seem to have captured their markings with an artist’s brush.

This is my first big digital show. I realized these textures called for more sharpness, and that they register better with a digital camera. Without one, I would have felt behind the curve.

You made your reputation as a fashion photographer. What prompted you leave fashion behind?

I stopped because I became a mother. When my son was just a year old, an assignment came up for a major magazine. I felt such stress; I realized that I wasn’t going to be able to do it all. I decided then to work on photography books as a way of controlling my time.

Does your past work in fashion and portraiture still color your imagination?

It does. One of these monuments looks to me like a female torso. She is “wearing” a beautiful hat. Another one has on what looks like a cape. To my mind, these rocks are very stylish.

They appear to strike poses against an unforgiving backdrop. Yet, in the midst of this pandemic, that backdrop seems especially attractive. Do you see it as a getaway?

If you come from New York, where I have been living since 1974, you can really appreciate all this emptiness and flatness, the idea that you could drive for hours and not see a soul. It makes for a perfect kind of social distancing. To go out and experience this vastness was really special for me.

But the landscape can be intimidating. Is that also a draw?

Scariness is part of the thrill. People say the place is almost menacing. At the same time, it is incredibly photogenic. The area is otherworldly.  As I put up my camera, it wasn’t hard to capture that. You lose yourself. But you definitely don’t want to be there on your own.

Did this project pose special challenges for you?

One day right after lunch the sky became very black. I told Yermo, “Maybe we should go back to the car or find shelter in a cave.” But we didn’t; we just kept walking. And then it started pouring rain. The storm engulfed us. Lightning bolts were coming down to the left and to the right, some of them not more than 50 yards away.

10/30/2020 Entertainment Comments Off on From Fashion to a Fantasia in Stone
Recent Posts
We and our partners use cookies on this site to improve our service, perform analytics, personalize advertising, measure advertising performance, and remember website preferences.Ok