The executive director of the Friars Club, a Manhattan institution long known for its celebrity roasts and as a hangout for entertainers like Frank Sinatra and Jack Benny, pleaded guilty on Tuesday to having filed false income tax returns.

Prosecutors said the director, Michael Gyure, failed to report roughly $433,000 in compensation between 2012 and 2016. That included reimbursements and payments he used for personal expenses including wine, international travel for himself and family members, clothing and groceries.

Mr. Gyure pleaded guilty in Federal District Court in Manhattan to one count of filing false returns, and has agreed to pay $156,920 to the Internal Revenue Service. Mr. Gyure, who started work at the club in 2008, according to a spokesman, could face a maximum of three years in prison.

Mr. Gyure’s unreported compensation — which also included the forgiveness of $160,000 in loans the club made to him at various points — came amid financial turmoil at the storied institution. By 2015, it was asking vendors to accept late or reduced payments, and did not pay several hundred thousand dollars in state sales tax between 2015 and 2016, according to investigators.

Mr. Gyure’s lawyer, Paul Shechtman, said in a statement Tuesday evening: “Michael Gyure has had a central role in the revitalization of the legendary Friars Club. He failed to pay taxes on reimbursements that he received from the club for certain personal expenses and today accepted responsibility for his conduct.”

Federal investigators had seized some records from the club in 2017, but that raid was not connected to the criminal case against Mr. Gyure, according to the club. In a statement, it emphasized that the institution had not been accused of any wrongdoing. 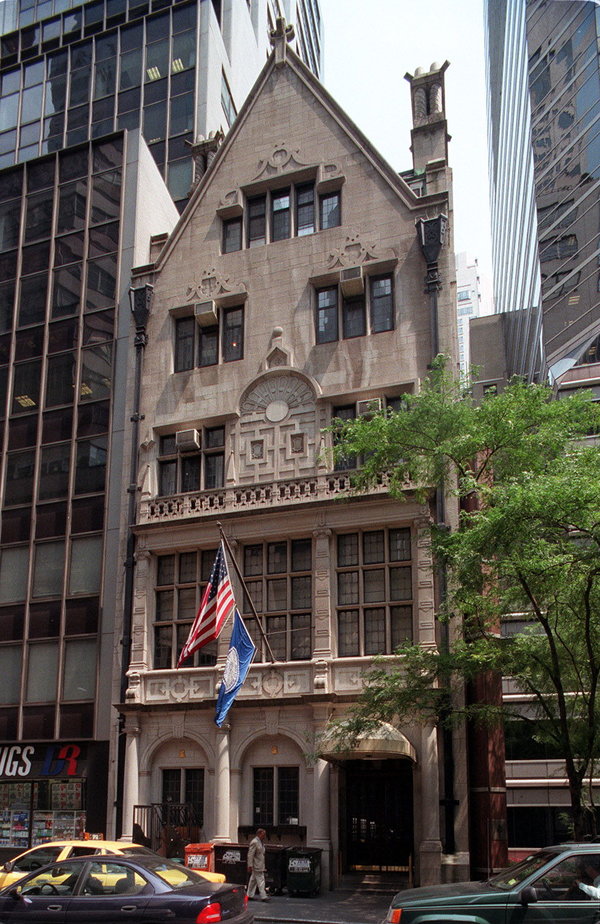 The club, located in a six-story townhouse, was started in 1904 by press agents who felt shut out of the glitzy world of Broadway. Soon, it drew the burlesque and vaudeville actors who felt shunned by New York’s more elite Players and Lambs clubs.

The Friars Club later became a hub for comedians including George Burns, Milton Berle and Bob Hope. It did not accept women until the late 1980s, after the lawyer Gloria Allred filed a complaint with New York City.

A few antiquated details have remained: Phone jacks still line the dining room on the first floor, a necessity in the days before mobile phones, when agents needed to take calls during lunch. The jacks still work, and cellphones are discouraged indoors.

But necessity has pushed the club into the future in other ways. Its membership, which now numbers 1,000, has sagged, and efforts have been made to attract younger people.

Mr. Gyure’s compensation came at a time when he “knew that the club was attempting to address a reduction in revenues and related cash management issues,” according to the complaint.