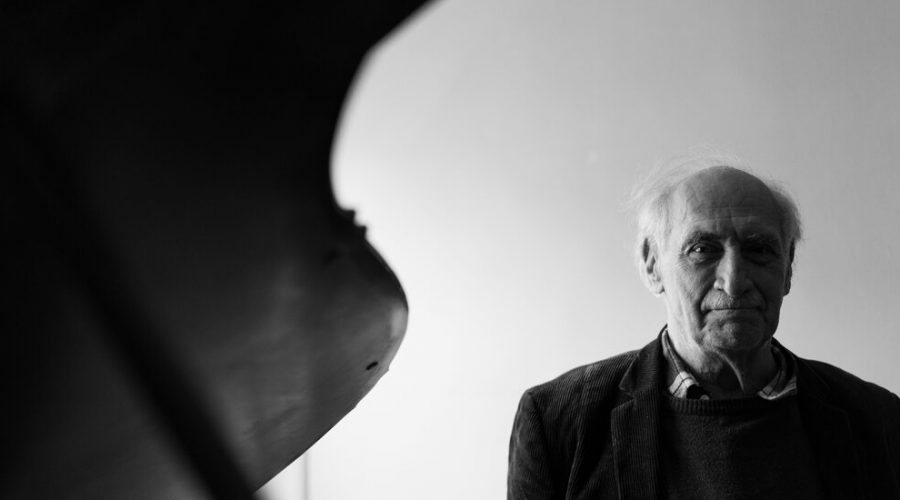 Frederic Rzewski, a formidable composer and pianist who wrote and performed music that was at once stylistically eclectic and politically committed, died on Saturday at his summer home in Montiano, Italy. He was 83.

The cause was cardiac arrest, the publicist Josephine Hemsing said in an email.

Mr. Rzewski’s anti-establishment thinking stood at the center of his music-making throughout his life. It was evident in the experimental, agitprop improvisations he created in the 1960s with the ensemble Musica Elettronica Viva; in “Coming Together,” the Minimalist classic inspired by the Attica prison uprising; and a vast catalog of solo piano works, several of which have become cornerstones of the modern repertoire.

His approach was epitomized in his best-known piece, “The People United Will Never Be Defeated!,” an expansive and virtuosic set of 36 variations on a Chilean protest song.

Composed for the pianist Ursula Oppens in 1975, the piece, an hour long, is a torrent of inventive and unusual techniques — the pianist whistles, shouts and slams the lid of the instrument — and has been compared to canonic works like Beethoven’s “Diabelli Variations” and Bach’s “Goldberg Variations.”

“Stylistically, it goes through everything,” Ms. Oppens said in a recent interview. “It’s pointillistic and minimalistic and really quite varied.” At the same time, she noted, Mr. Rzewski’s mastery of traditional counterpoint was a major draw for pianists. “There’s a logic to the relationship of the notes to one another,” she added.

“The People United” has captured the imagination of virtuosos including Marc-André Hamelin and, more recently, younger pianists like Igor Levit and Conrad Tao. It is the closest thing to a war horse in the contemporary piano repertory.

In 2015, Mr. Rzewski performed the entire work at the Pittsburgh fish market Wholey’s, a fabled event in contemporary music circles.

Mr. Rzewski’s musical approach favored intuition over cerebral composition. “The one thing that composers in the 20th century don’t do is to simply write down the tunes that are going through their heads,” he told the magazine NewMusicBox in 2002. “I just write down what’s in my head.”

Frederic Anthony Rzewski was born on April 13, 1938, in Westfield, Mass., to Anthony Rzewski, a Polish émigré, and Emma Buynicki, who were both pharmacists. He began playing piano and composing from a young age.

Following the advice of a teacher, he checked out albums by Shostakovich and Schoenberg at a record store and began to immerse himself in musical modernism.

After graduating from Phillips Academy in Massachusetts, Mr. Rzewski studied music at Harvard with the tonal composers Randall Thompson and Walter Piston. He earned his master’s at Princeton.

In 1960 and 1961, he studied with Luigi Dallapiccola in Florence on a Fulbright scholarship. In Europe, he gained renown performing music by luminaries like Karlheinz Stockhausen and, after a stint in Berlin studying with Elliott Carter, settled in Rome. 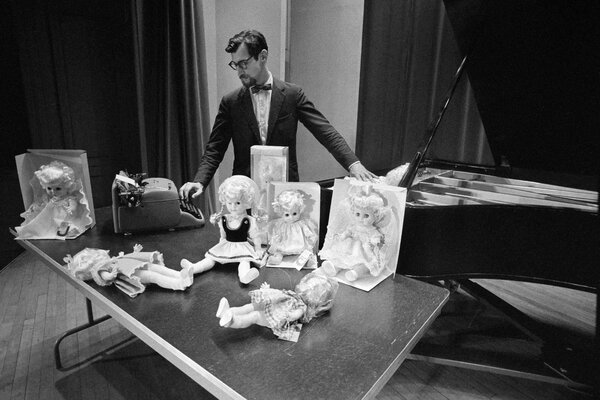 The European avant-garde had fallen under the sway of John Cage’s experimentalism, and Mr. Rzewski wrote heady music like his “Composition for Two Players,” an unconventional score that he once interpreted by placing sheets of glass on the strings of a Steinway.

In 1966, he and the composer Alvin Curran assembled a group of musicians, including the electronic composer Richard Teitelbaum, to perform in the crypt of a church in Rome. The collective became Musica Elettronica Viva, an act that used homemade electronics setups for visceral improvisations. Mr. Rzewski, for instance, scraped and drummed on a piece of glass that had been cut into the shape of a piano, to which he had attached a microphone. (“By the grace of God, we didn’t get electrocuted,” he later said.)

“The sublime mingled freely with the base,” he once wrote of “Spacecraft,” one of the sets of trippy instructions that guided Musica Elettronica Viva’s performances. “Climaxes of exhausting intensity alternated with Tibetan drones, ecstatic trances gave way to demonic seizures in rapid succession.”

The collective gave more than 100 performances across Europe in the late 1960s, and its raucous concerts drew increasingly politicized listeners. As students agitated, the group joined in, inviting audiences to play with them in anarchic improvisations — a kind of avant-garde Summer of Love. The group also performed in factories and prisons.

“The most important thing was the connection of community and the political,” the composer and scholar George E. Lewis, who performed in later iterations of the collective, said in a recent interview. “Music gave people choices and options, and collectively creating music together allowed everyone to rethink their situations.”

And he began to bring his politics to bear on works he created alone. “It is fairly clear that the storms of the ’60s have momentarily subsided, giving way to a period of reflection,” he wrote that year. First was “Les Moutons de Panurge,” which asks an ensemble to play a tricky, ever-shifting 65-note melody. “Stay together as long as you can, but if you get lost, stay lost,” the score impishly indicates.

Then came “Coming Together,” in which a speaker recites a letter written by Sam Melville, a leader of the 1971 Attica prison uprising, over a chugging, minimalist bass line as instrumentalists contribute quasi-improvised interjections. Mr. Rzewski would occasionally perform “Coming Together” himself, playing and speaking simultaneously.

The music is at once calculated and urgent; Mr. Rzewski described the Attica rebellion, in which 43 people died, as an “atrocity that demanded of every responsible person that had any power to cry out, that he cry out.” Its many interpreters have included the performance artist Steve Ben Israel, the composer-performer Julius Eastman and Angela Davis, the professor and political activist.

During this period Mr. Rzewski became involved in the Musicians Action Collective, a coalition that organized benefit concerts for United Farm Workers, a defense fund for Attica inmates and the Chilean solidarity movement.

He was soon drawn to the song “El pueblo unido jamás será vencido,” which had become an anthem for the Chilean resistance through performances by the exiled group Inti-Illimani. Written by Sergio Ortega and Quilapayún, the song served as the basis for Mr. Rzewski’s set of variations, commissioned for the United States Bicentennial and first performed by Ms. Oppens at the Kennedy Center in Washington in 1976.

“People always say, ‘Well, how can music be political if it has no text?’ Mr. Rzewski told an interviewer that year. “It doesn’t require a text. It does, however, require some kind of consciousness of the active relationship between music and the rest of the world.”

Returning to Europe in the late 1970s, Mr. Rzewski split his time between Italy and Liège, where he was a professor at the Conservatoire Royal de Musique until his death, and he made regular visits to the United States to perform and teach.

After “The People United,” Mr. Rzewski largely focused on solo piano music, like the “North American Ballads” (1979), which bring together Baroque counterpoint, minimalist improvisation and leftist folk song. Subsequent major solo works include the theatrical “De Profundis,” in which a pianist plays while reciting Oscar Wilde’s infamous prison manifesto; the polystylistic, 10-hour-plus cycle “The Road”; and a sprawling series of miniature “Nanosonatas.”

Much of the music encourages improvisation, and, in performances of canonic works like Beethoven’s “Hammerklavier” Sonata, Mr. Rzewski would create his own elaborate cadenzas.

He remained true to his iconoclastic roots. In 2001 he released his scores as free downloads on the internet, and many are now available on the online Petrucci Music Library.

There was, though, a darker side to his ornery personality. Mr. Rzewski could be exceedingly harsh to students in educational settings. After his death was announced, several musicians noted on Twitter that he had a reputation for inappropriate flirtation and sexual innuendo toward younger women.

Mr. Rzewski married Nicole Abbeloos in 1963, and they later separated. His partner for many years was Françoise Walot; they separated around 2008. Survivors include six children, Alexis, Daniel, Jan, Noemi, Esther and Noam, and five grandchildren.

Wary of the present, Mr. Rzewski also refused to dwell in nostalgia. “Free improvisation was going to change the world,” he told The New York Times in 2016, referring to his early days with Musica Elettronica Viva. “It was going to create an entirely new language, so that people could come together from different parts of the planet and instantly communicate.”

After taking a beat, he added, “Well, of course, we were wrong.”