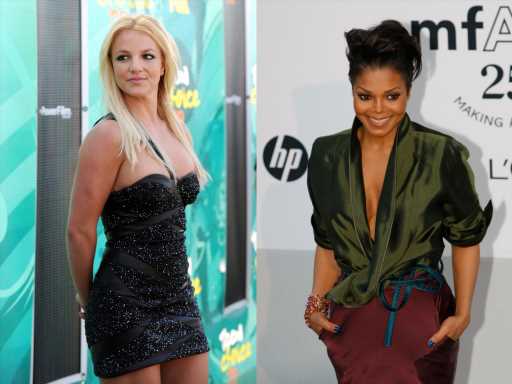 Justin Timberlake, the internet is coming for you. FX’s The New York Times Presents: Framing Britney, a new documentary about the inimitable Britney Spears’ rise and fall as a pop star, up through her currently contested conversatorship case, came out this weekend, and while it certainly meant to re-stoke the flames of ire toward Britney fans inclined to hold ex Justin Timberlake responsible for negative media attention she’s fielded over the years, it also lit another fire they may not have been expecting. This Sunday was Super Bowl Sunday — but if you ask some on Twitter, they’ll tell you it’s Colin Kaepernick and Janet Jackson appreciation day, who both saw their careers cut short on the NFL field. When Timberlake ripped that fateful piece of fabric off Jackson’s costume at the 2004 Super Bowl halftime show, he left her to collect the shame and scoldings while sliding by unscathed — much as he did after his fateful breakup with Spears, while she was harassed on national TV.

In one distressing clip revisited by Framing Britney, Diane Sawyer questions Spears repeatedly about her breakup with Timberlake, framing him as the broken-hearted victim of her feminine wiles.

“You broke his heart, you did something that caused him so much pain, so much suffering. What did you do?” Sawyer asked Spears, who eventually burst into tears.

Spears was publicly implied to have cheated on Timberlake, who went on to make what was basically a revenge track, “Cry Me a River.” His trajectory after the 2004 Super Bowl was similar: while he joked about it on live TV and won a Grammy later that year, Jackson was forced to issue a public apology, had her music blacklisted by Viacom, was banned from the Grammys, and never fully professionally recovered. In a moment that was, arguably, far more Timberlake’s fault than Jackson’s as the one to rip the fabric, it was still Jackson who was lambasted for having shown lewd imagery onscreen.

Timberlake has acknowledged in the years since that he could have handled the fallout from the Jackson halftime show better, offering this weakly-worded update in 2007 to MTV: “In my honest opinion now … I could’ve handled it better. I probably got 10 percent of the blame, and that says something about society. I think that America’s harsher on women … And I think that America is, you know, unfairly harsh on ethnic people.”

America was indeed harsher on resident woman and ethnic person Janet Jackson, who became an easy scapegoat for all involved furiously looking for someone to blame in wake of a fat FCC fine for having violated regulations and a black mark on their reputation as family-friendly performers. Timberlake took the bait in placing the blame on Jackson while skating away, and nearly 20 years after the initial incident, we’re ready to hear a second draft of his apology.