Dealers in Manhattan, facing new challenges, scramble to bring the art to the audience. 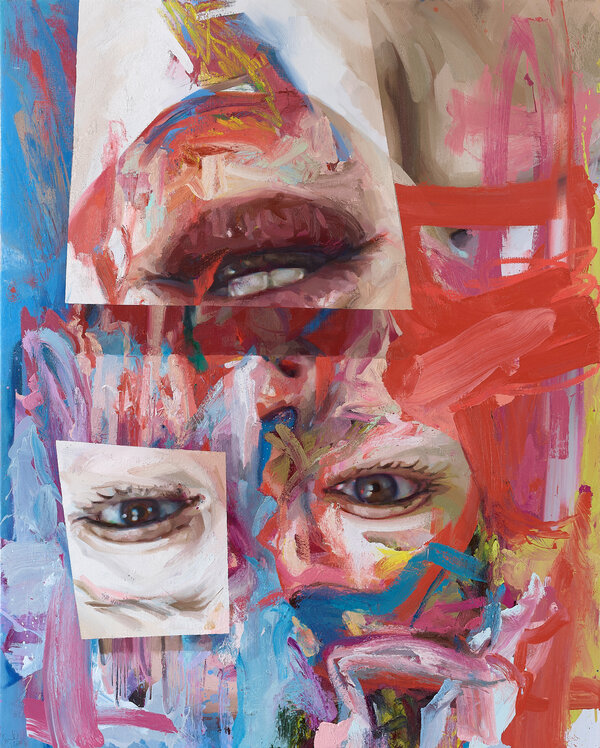 This article is part of our latest Fine Arts & Exhibits special report, which focuses on how art endures and inspires, even in the darkest of times.

As mega-galleries adapt in response to the Covid-19 pandemic, they are shifting tactics and schedules — and, in some cases, rearranging the locations of entire shows.

As a result, New York will get unexpected visits from the works of two great painters this fall. A showcase of new art by Jenny Saville, originally planned for a spring opening in the Gagosian gallery’s Hong Kong space, will instead arrive in Manhattan in November. And a canceled exhibition of paintings by the late Jack Whitten, intended for Hauser & Wirth’s Zurich branch during Art Basel in June, will now be installed in the gallery’s new flagship space in Chelsea in November.

“The situation in New York is extremely fluid, and that could change our trajectory and our plans, but we are prepared for that,” said Andrew Fabricant, the chief operating officer of Gagosian. He’s been working with Ali Soufan, a risk strategist and former F.B.I. agent, to help manage the safe reopening of the gallery’s branches.

The impact of the virus on the gallery’s operations “has been enormous,” Mr. Fabricant added. “We have suffered, but not to a degree that’s going to really put us on our back feet.”

During the pandemic, galleries everywhere have faced a striking decline in sales. A recent report published by UBS and Art Basel indicated that galleries in the top bracket, with annual sales of more than $10 million, have incurred a 35 percent drop in sales. Mr. Fabricant confirmed that the figure was roughly accurate for Gagosian, while Marc Glimcher, president of Pace Gallery, said the decline for his gallery had been closer to 50 percent. “It’s hard, it’s never been so hard,” he said. “But it’s miraculously not impossible.”

Pace is forging ahead with an ambitious fall lineup that remains close to the gallery’s pre-pandemic plans. (An exhibition of paintings by Adrian Ghenie traveling from Europe has been delayed by a few weeks, to Nov 20.) “We basically said, the show must go on,” Mr. Glimcher said. Galleries, he explained, are “one of the only parts of the art world that can commence without a full house. Every theater, every movie theater, needs to be sold out. We can show the art and sell it safely.” 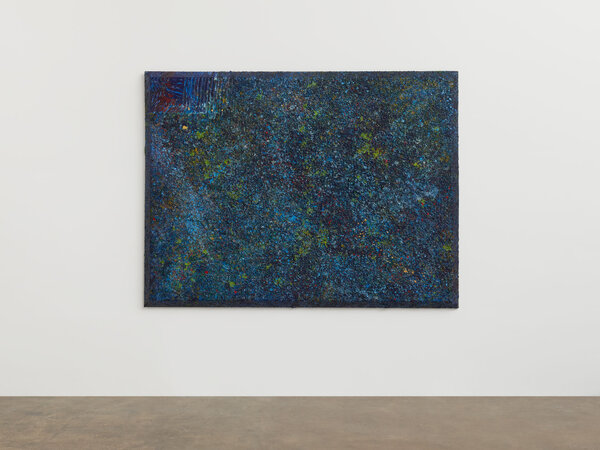 The gallery’s fall slate of shows will include a presentation of work by the painter Sam Gilliam, the first since Pace announced representation of the artist. Gilliam, who emerged in the ’60s with his painted canvas drapes, will show new work inspired by Black heroes like John Lewis, Beyoncé and Serena Williams.

The logistical complexities of mounting shows during a pandemic have, Mr. Glimcher admitted, been nightmarish. “All the people in my logistics department are now bald because they’ve pulled all their hair out all summer,” he joked.

Other galleries have decided to forgo any illusion of business as usual. Hauser & Wirth — which, like Pace, recently opened a large new space in Chelsea — was forced to cancel a major group show that was set to introduce the flagship in May. Rather than trying to reschedule it, the gallery has coordinated a group sale of donated works, “Artists for New York,” to benefit imperiled art nonprofits, available for viewing now across the gallery’s two Manhattan spaces and on its website.

“We couldn’t continue as if nothing had happened,” said Marc Payot, co-president of Hauser & Wirth. “We are trying to give back to the institutions we care about,” he explained, speaking of nonprofit spaces that exhibited artists at the beginning of their careers and that helped inform his gallery’s direction over the 11 years it has operated in New York.

The gallery also made several changes to its programming to keep its own art and artists physically close to collectors and audiences; notably, rescheduling the Whitten exhibition for New York and recently opening — along with a handful of other high-end galleries — a new gallery in the Hamptons.

The mega-galleries have also accelerated their online offerings over the course of the pandemic to mitigate disruptions to their programming and the accompanying economic distress.

During the height of the first wave in New York, Gagosian began a series of focused online sales of new work, branded “Artist Spotlight,” to offer exposure to artists whose shows were canceled. “It was meant to bridge the gap, keep things warm, keep the lights on,” said Sam Orlofsky, a director at the gallery. Strong online sales in recent months at galleries and auction houses have encouraged them to continue the series. Upcoming iterations of the Spotlight series will be dedicated to the work of Takashi Murakami, John Currin and Nathaniel Mary Quinn.

The David Zwirner gallery has been streaming exhibitions staged in remote locations via its website. Since Oct. 14, the gallery has shown a livestream of the artist Diana Thater’s new light and audio installation, “Yes, there will be singing,” 24 hours a day from a location in Los Angeles. A meditation on isolation, the installation features the song of a whale that has been called “the loneliest whale in the world” because of its peculiar vocalizations.

As the galleries shift and adapt to a cultural landscape undergoing a transformation, audiences should not expect major, museum-quality shows in Chelsea soon. “There are things that aren’t possible,” said Mr. Glimcher, “like doing incredible museum-loan shows.” Pace has pushed any such presentations to at least May 2021.

Hauser & Wirth has similarly delayed a historical exhibition of work by Erna Rosenstein, a 20th-century Polish artist, which had been four years in the making and which depends on loaned art from several museums in Eastern Europe.

“The beginning of next year is not going to be the year where we do large historic shows with loans from all over the world,” Mr. Payot said. As for those shows, “we can’t do anything else but wait.”

10/22/2020 Entertainment Comments Off on For High-End Galleries, It’s a Season of Upended Exhibitions
Recent Posts
We and our partners use cookies on this site to improve our service, perform analytics, personalize advertising, measure advertising performance, and remember website preferences.Ok